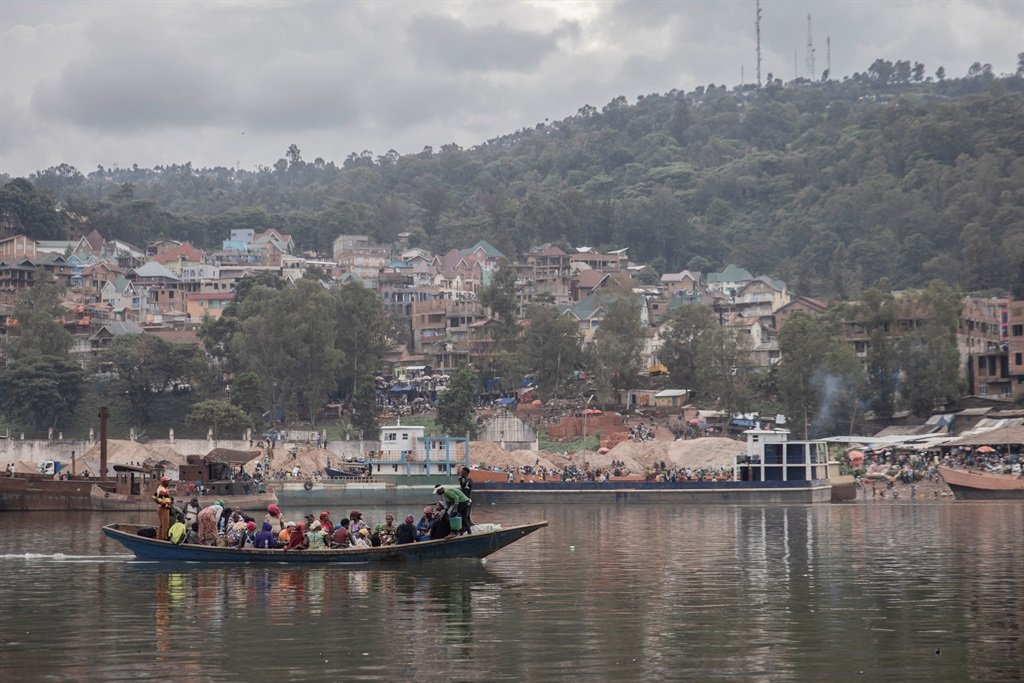 
Engineers aboard the floating power station on Lake Kivu could only watch nervously as the volcano in the distance erupted violently, sending tremors through the water below them.

It wasn’t the release of lava from Mount Nyiragongo last May that scared them, but the huge concentrations of potentially explosive gases inside Kivu, one of Africa’s Great Rift Lakes that lies between Rwanda and the Democratic Republic of the Congo.

Flanked by rolling green hills that drop into crystal-clear waters, Kivu is not the picture of tranquility it seems, according to Francois Darchambeau of KivuWatt, a company that extracts gas from the lake’s waters to produce electricity.

Thousands of years of volcanic activity have caused a massive buildup of methane and carbon dioxide to dissolve deep within Kivu, enough to prove monumentally destructive in the rare event that they were released.

If triggered, the so-called limnic eruption would cause “a huge explosion of gas from deep water to the surface” that would generate large waves and a cloud of poisonous gas that would put the lives of millions of people at risk, said Darchambeau, environmental manager of KivuWatt. .

“This is what we call a killer lake,” the limnologist, or freshwater systems expert, told AFP.

There are only three such lakes in the world: Kivu and Lakes Nyos and Monoun in northwestern Cameroon.

The latter two experienced limnic eruptions in the 1980s, with the larger Nyos disaster suffocating more than 1,700 people in a toxic release of carbon dioxide.

But these catastrophes occurred in a rural area, while some two million people would be “at risk” of a similar disaster involving Kivu, Darchambeau said.

In both Rwanda and the Democratic Republic of the Congo, many live in fear of the lake’s damaging potential, and stories abound of bathers disappearing into its depths after being suffocated or submerged.

The lake, however, represents both danger and promise.

KivuWatt, which says this is the only project of its kind anywhere in the world, saw an opportunity to harness these abundant gases to generate power.

It takes a 20-minute speedboat ride to reach KivuWatt’s unique floating platform, a compact tangle of pipes and buoys as tall as a multi-story building moored in the Rwandan part of Kivu.

With a deafening roar, the facility pumps water saturated with carbon dioxide and methane from some 350 meters to the surface.

As it rises, the water and gas separate as the pressure changes.

“It’s like opening a bottle of soda,” said KivuWatt director Priysham Nundah, who described the project as “halfway between a thermal plant and a renewable energy plant.”

The extracted methane is sent through a pipeline to a second facility located on land in Rwanda, where the gas is converted into electricity.

The carbon dioxide is pumped back into the lake at a precise enough depth to ensure that the delicate balance is not upset.

The company says it hopes the removal of the methane could, over time, reduce pressure within the lake, possibly reducing the risk of a limnic eruption.

But fears of such a disaster were raised when Nyiragongo, an active volcano north of Kivu in the Democratic Republic of the Congo, sprang to life in early 2021.

The lava flow killed 32 people and destroyed hundreds of homes, as earthquakes rattled the region. A second wave of lava pushed deep into the ground below the lake itself.

From their station, the KivuWatt engineers watched the sky turn red and angry.

“It was very scary,” Nundah said.

“When earthquake rates and earthquake frequency started to increase… no one could really say what would happen.”

A closure was considered, but the engineers held their nerve.

Suspending operations would have dire consequences for Rwanda: KivuWatt produces about 30 percent of the annual electricity consumed in the East African nation.

The American company ContourGlobal, which owns KivuWatt, launched the Lake Kivu company in 2015 and for a time considered expanding its capacity from 26 to 100 megawatts.

Another company is exploring the possibility of launching its own 56-megawatt gas extraction company in the lake. There are no short-term plans for such a project on the Congolese side.

How long it will take to deplete these vast gas reserves will depend on the rate of extraction, said Martin Schmid, a researcher at the Swiss Institute for Water and Environmental Research.

“Just with KivuWatt it will take, I don’t know, centuries to really have a reduction in methane in the lake,” he said.