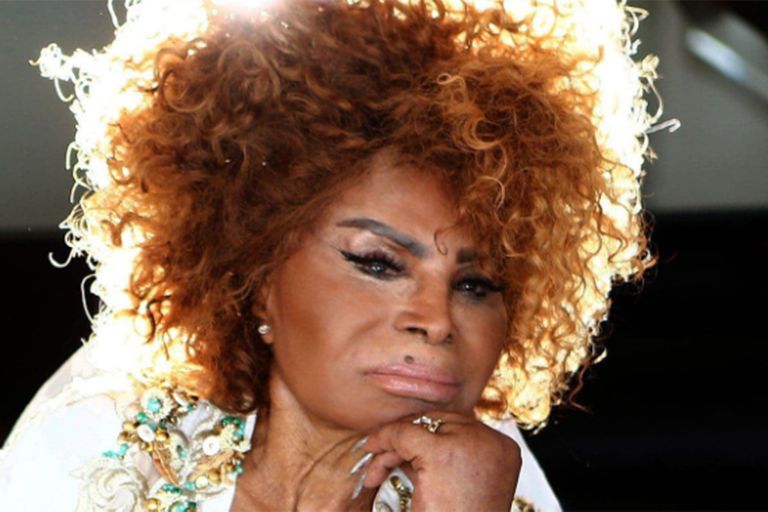 
“It is with great sadness and regret that we inform you of the passing of singer-songwriter Elza Soares, 91 years old, at 3:45 p.m. at his home in Rio de Janeiro, due to natural causes.” With these words, published on the artist’s official Instagram account, his relatives announced the death of one of the icons of Brazilian music.

In the same message, they recalled that she was considered one of the greatest artists in the world and chosen as “Voice of the Millennium”. “He had a tremendous and intense life that moved the world with his voice, his strength and his determination. The beloved and eternal Elza now rests, but will forever be in the history of music and in our hearts and those of thousands of fans around the world, “says the message.

With an eclectic career that began in the 1960s and includes more than 30 albums, Soares, a black diva with an unmistakable raspy voice, is considered one of the greatest exponents of Brazilian music.

A life with chiaroscuro

Elza Soares outlived her legend. She could have gone down in history as the woman who was born in a favela, as the music star who sang samba, as the eccentric wife of Brazilian soccer star Garrincha, as the woman who had had a very hard personal life.

The daughter of a worker and a laundress, she was born in June 1930 in Rio de Janeiro, and grew up in the Moça Bonita favela. “Uh, he was very poor. But with childhood. Because poor children have childhood; they play, they are free. The rich don’t. Despite being born in a very suburban place, there was a life of freedom. We could eat what we planted. We could have goats. Today that no longer exists. There are people who do not know what will happen to them tomorrow, they have no expectations. I was rebellious. He didn’t want a poor life forever. I didn’t want to see my mother washing so many clothes for away from home. It was a difficult life that I did not settle”, he told THE NATION in 2018.

Her father forced her to marry at the age of 12. “It was because of a suspicion my father had. I was very naughty. I’m going to tell you how the story really went. I loved a little bug called louva-a-deus (praying mantis that we know in Argentina as Tata Dios). I liked the buzz it made, the same way I liked to sing. My dad worked in a quarry and I brought him coffee and something to eat every day at two in the afternoon. One day while going down, I heard a louva-a-deus. I left the coffee on the floor and went into the pasture to look for it. At that moment a boy was coming up and scared the little bug away. I got very angry with him. From all that situation, just in that place, my father suspected that there was something else going on with that garoto. That’s why we had to get married. But I say that it was not because of my father but because of a louva-a-deus that I got married”, he recalled.

He had the first of his seven children a year after passing through the altar and then another six would come. Throughout his life, he saw three of them die. “The first of my children died due to feeding problems. It was a difficult time that time. I left my children at home and went to work in a soap factory. If I could start over today, I wouldn’t have more than one child, well raised. I had seven. Many,” he recalled.

And if that life hadn’t dealt him enough blows, there were men who dealt him some, too. Soares was married for 17 years to Garrincha, hero of the conquests in the 1958 and 1962 World Cups, with whom he had a tempestuous and violent relationship. “It was my greatest love, it still is”, confided in an interview with AFP in 2017 in New York, in the preview of his show The woman at the end of the world.

With Garrincha, who would die of cirrhosis at the age of 49 also on January 20, Soares adopted a girl and had a son, nicknamed “Garrinchinha”, who died at the age of nine in a car accident, when he was going to visit the grave his father’s. At the 1962 World Cup in Chile, of which Soares was the godmother, she had “a marvelous encounter” with the American jazz trumpeter and singer Louis Armstrong. Legend has it that Armstrong, impressed with his voice, said that Soares hid “a saxophone in his throat.”

Defiant and haughty, Elza went through the most diverse environments, from her precarious beginnings in Rio de Janeiro, where she grew up, to stages and concert halls around the world; from exile in Italy, with Garrincha, during the military dictatorship, to the Mocidade Independente de Padre Miguel, his samba school.

Car accidents, problematic husbands, great mentors like the celebrated Ary Barroso (he was the one who put the first chips in Elza’s career) and a free spirit are condensed in the same person. Moments of success and depression. Downhill paths and rebirths, like when in one of its turn-of-the-century productions (1999) the London BBC called her one of the great standards of Brazilian popular music of the 20th century. At that time he reinvented himself and three years later he published From Coccyx to Neck, an album where she can be heard between the most traditional MPB, soul and funk, or rapping over the scratches of a turntable. There he turned to songs like “A carne”, by Seu Jorge, almost like a manifesto in favor of people with black skin. “The cheapest meat on the market is black meat,” shouted the lady, who at that time was already close to 70.