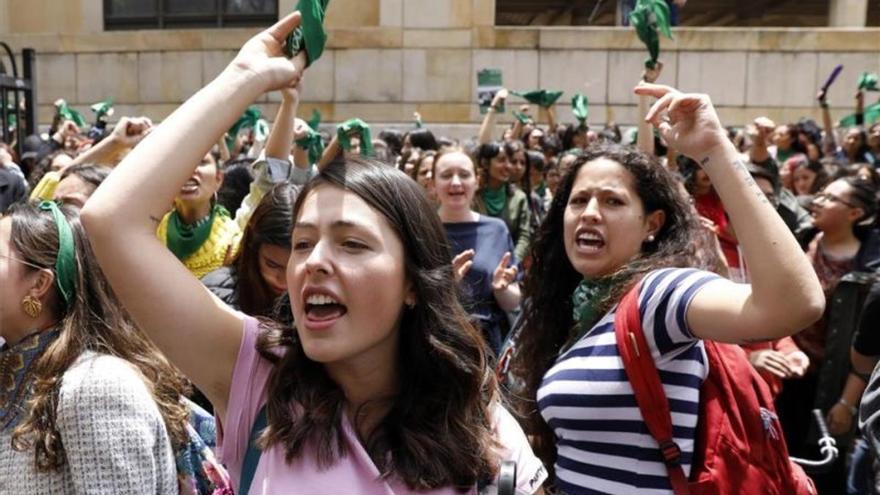 
The magistrates of the Colombian Constitutional Court they voted this Thursday on whether to remove the crime of abortion from the Penal Code and the decision was tied, so a new associate judge will have to decide soon if it is decriminalized or not. Four magistrates (Alberto Rojas, José F. Reyes, Antonio J. Lizarazo and Diana Fajardo) voted in favor of decriminalization, while Cristina Pardo, Paola Meneses, Gloria Ortiz and Jorge Ibañez voted against, a close source told EFE. To the court.

The high court also chose by lot the two associate judges (judges outside the Plenary Chamber made up of nine permanent magistrates appointed by Congress) who will have to tie the two decriminalization demands debated by the Court. It is, according to this same source, Julio Andrés Ossa and Juan Carlos Henao, a former magistrate of the Constitutional Court known for being from the liberal wing and rapporteur for one of the most historic rulings of this Court: the one that affirmed that homosexual couples constitute a family and opened the door to same-sex marriage. The date of the next debate or when there will be a second vote is still unknown.

Abortion in Colombia today It is only allowed on three grounds: when the health or life of the mother is at risk; when it is the result of rape or incest, or if there is malformation of the fetus, while in the rest of the cases he is sentenced to up to four and a half years in prison.

The Constitutional Court is studying two lawsuits to remove abortion as a crime from the Penal Code and decriminalize it. However, the issue was delayed in November when, two days before the deadlines for the magistrates to make a decision expired, one of them, Alejandro Linares, asked to be impeded due to possible impartiality, after giving a statement to a media Communication. Deputy Judge Hernando Yepes decided this morning to declare him disabled, but the eight remaining magistrates chose to continue with the vote, which was ultimately tied.

From the Just Cause for Abortion movement, which brings together more than a hundred feminist and human rights organizations, they repeat that “every day that passes without eliminating the crime of abortion from the Penal Code is a sentence for women and girls in Colombia. “. “We hope that the Court will be diligent, fast and effective with this decision. It cannot be that something so transcendental that affects the life and health of women, half of the Colombian population, continues to be delayed,” they assured in a statement after learning the result of the vote.

Abortion is the fourth leading cause of maternal mortality in the country. and it is estimated that of the 400,000 that are carried out in Colombia per year, less than 10% are carried out in health institutions with the proper controls. In addition, about 70 women die each year from abortion complications, according to a report by Doctors Without Borders (MSF) on the situation in Colombia.