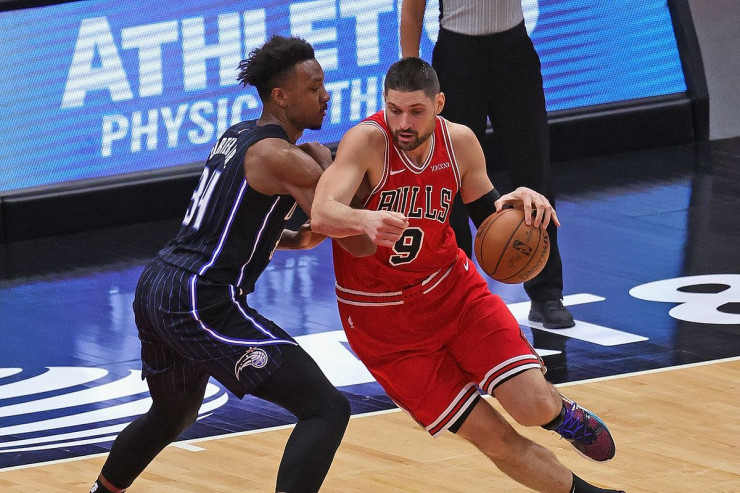 
The Bulls will want to bounce back here against the Magic after losing to the Bucks in Milwaukee on Friday and losing the top spot in the East in the process.

The Magic, on the other hand, are rebuilding and having the season they hoped for. That being said, this is a battered and bruised Bulls team, maybe they’ll see this as a winnable game given the Bulls injury report.

Let’s take a look at the top NBA picks and betting trends, as well as the starting lineups for tonight’s Bulls vs Magic game.

Bulls vs Magic news and preview

The Magic have a league-worst record of 8-39 before this one and they’re playing a team that just got knocked out of first place in the East. The Bulls will be looking for blood on this one in an attempt to win back that top seed.

If the Magic have a chance, they’ll need a solid performance from the Cole Anthony-led team. In 33 games this season, he is playing 33 minutes and leads the team in points per game and assists with 18.2 points (39.2% FG%) and 5.8 assists respectively. Anthony is also shooting over 80% from the free throw line throughout the season averaging 4 free throws per game.

The Bulls will once again rely on DeMar DeRozan to provide the offensive drive. In his last game against the Milwaukee Bucks, he played 38 minutes and had a game-high 35 points, even outscoring MVP leader Giannis Antetokounmpo.

DeRozan has been of the utmost importance to Chicago this season and even more so at this current stage of the season with potential All Stars Lonzo Ball and Zach Lavine out due to injury.

Nikola Vucevic is another player the Bulls are hoping can put together a big performance. Bulls fans have had an on-and-off relationship this season with the 6′ 10″ Center despite averaging a double-double this season with 16.4 points and 11.1 rebounds per game.

Alex Caruso continues to come back from injury and I expect to see him get more minutes than he did in his previous two games despite suffering a bad fall when Grayson Allen fouled him at the basket on Friday night.

The ESPN Matchup Predictor has the Bulls winning this one, although they think it will be a closed deal. They have predicted that there is a 51.9% chance that the Bulls will take this one, which, if I am honest, has surprised me. I expect the Bulls to win here, even with a depleted team. They need a win and what better place to get it than against the worst team in the league.

The Magic will be hoping they can get win number 9 of the season and hope rookie Franz Wagner can continue his Rookie of the Year push with another strong performance here.

Given that the Magic have only won 8 games this year, and only 2 of them in Orlando, I feel like the Bulls will take this one by a decent margin.