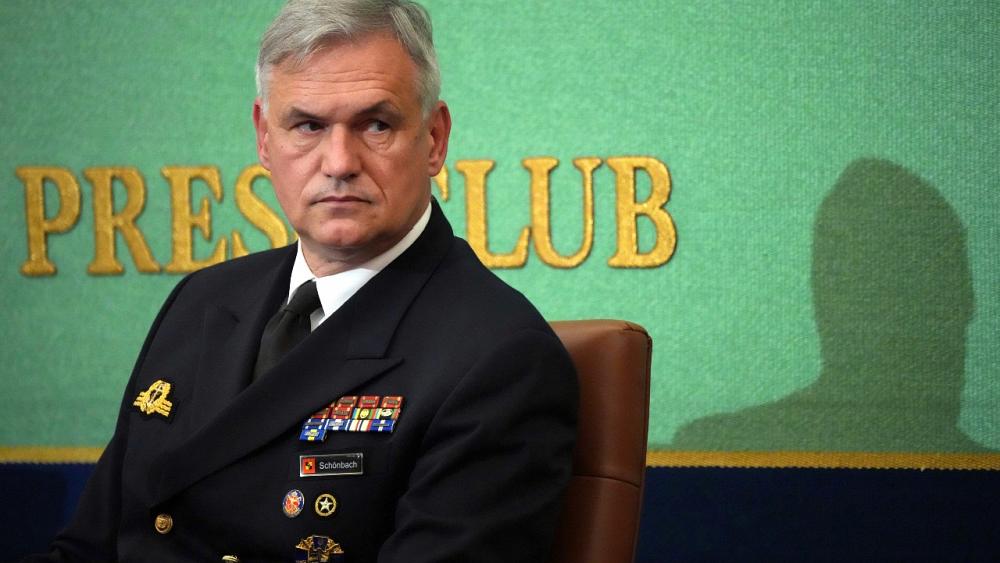 
The German navy chief resigned on Saturday night after coming under fire at home and abroad for comments he made about Ukraine and Russia, which were widely circulated online.

Vice Admiral Kay-Achim Schönbach said during a visit to India on Friday that Ukraine would never regain the Crimean peninsula, annexed by Russia in 2014. He also questioned Western views on Vladimir Putin’s intentions regarding Ukraine, adding that the president Russian deserved “respect.” «.

On Saturday night, Schönbach had called for his dismissal, saying he wanted to prevent further damage to Germany and its army for his “thoughtless statements”.

In a statement, the German navy said the defense minister had accepted Schönbach’s resignation and appointed his deputy as interim naval chief.

Earlier, the Ukrainian Foreign Ministry summoned the German ambassador to object to a video showing the German navy chief making the comments.

What the Russian president wants “is to be respected,” Schönbach told a meeting in New Delhi on Friday.

“It’s easy to give him the respect he wants, and probably deserves too,” the Navy chief added, calling the idea that Russia wanted to invade part of Ukraine “absurd.”

Schönbach was also called home to explain his views. These statements “do not correspond at all to the position of the German Defense Ministry,” a spokesman told AFP.

The German government has insisted it stands united with its NATO allies on Russia’s military threat to Ukraine, warning that Moscow will pay a heavy price if it makes any military moves against its neighbor.

But unlike many other NATO countries, Berlin says it will not supply Ukraine with lethal weapons, saying it does not want to further escalate tensions.

Ukrainian Foreign Minister Dmytro Kuleba responded by saying that “German partners must stop such words and actions to undermine unity and encourage Vladimir Putin to a new attack on Ukraine.”