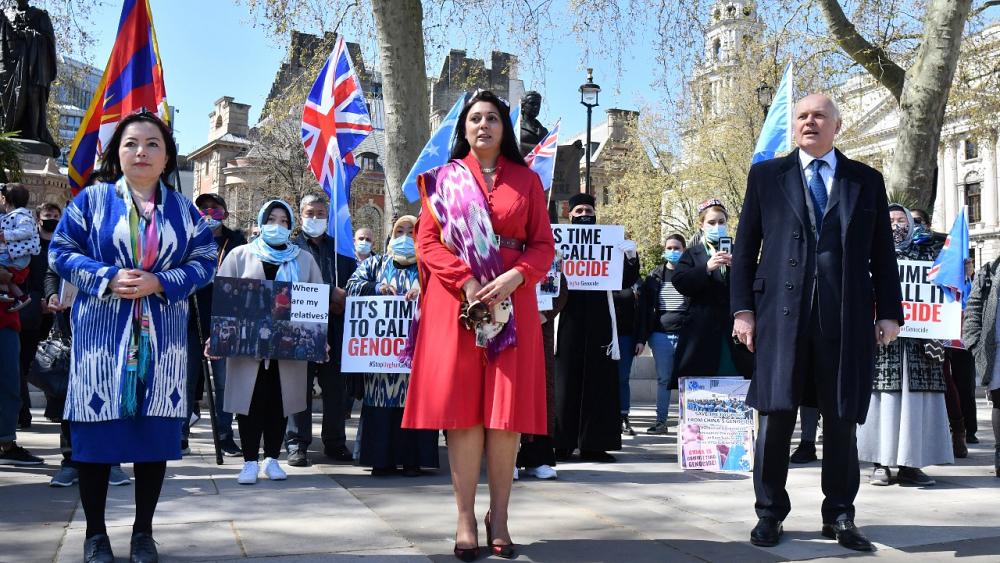 Nusrat Ghani: Former UK minister says she was sacked for her ‘Muslimity’


A former British government minister has been urged to file a formal complaint after she reportedly claimed she was sacked from her job in Boris Johnson’s government in part because of her Muslim faith.

Nusrat Ghani, 49, lost her job as junior transport minister in February 2020. She told the Sunday Times (paywall) that in a subsequent meeting, she was told that her ‘Muslimity’ had been raised as a ‘problem’ and that her status as a ‘Muslim minister’ had made ‘colleagues uncomfortable’.

But he said that as Nusrat Ghani had not lodged a formal complaint despite being urged to do so, there would be no specific investigation into the matter.

The former minister said that in a second meeting with a government whip, an enforcer of parliamentary discipline, she was “told that in fact I was fired for apparently telling the prime minister that we had a ‘women’s problem'” in terms of attracting women. voters.

“In the following weeks I was informed that if I persisted in bringing this up, I would be ostracized by my colleagues and my career and reputation would be destroyed,” he added.

“I do not pretend that this has not affected my faith in the party and, on occasions, I have seriously considered whether to continue as a deputy (parliamentary).”

Mark Spencer, the government’s top whip, said he was the person at the center of Ghani’s accusations.

“These accusations are completely false and I consider them defamatory,” he said. said on Twitter. “I have never used those words attributed to me.”

Spencer said that Ghani had refused to submit the matter to a formal internal investigation when he first raised the issue.

The Conservative Party has previously faced accusations of Islamophobia, with a report from May last year criticizing it for how it dealt with claims of discrimination against Muslims.

The MP’s complaints follow a series of scandals that have drained public support from both Prime Minister Boris Johnson and his party, presenting him with the most serious crisis of his term.

Another Conservative MP says he’s going to meet with the police next week for his accusations of intimidation and blackmail at the hands of government whips. William Wragg has claimed that some Conservatives have come under fire for their calls for the removal of the Prime Minister.

“Nus is very brave to speak up. I was so horrified to hear of your experience,” Wragg said on Twitter on Saturday.

The main opposition Labor leader, Keir Starmer, said the Conservatives must investigate Ghani’s account immediately. “This is shocking to read,” he said. tweeted.

The prime minister, who in 2019 won the largest majority of his party in more than 30 years, is fighting to shore up his authority after a series of revelations about parties at his Downing Street residence during the pandemic lockdown.

Nusrat Ghani has been outspoken on violent extremism and is one of five lawmakers sanctioned by China for highlighting the persecution of the country’s predominantly Muslim Uyghur minority.