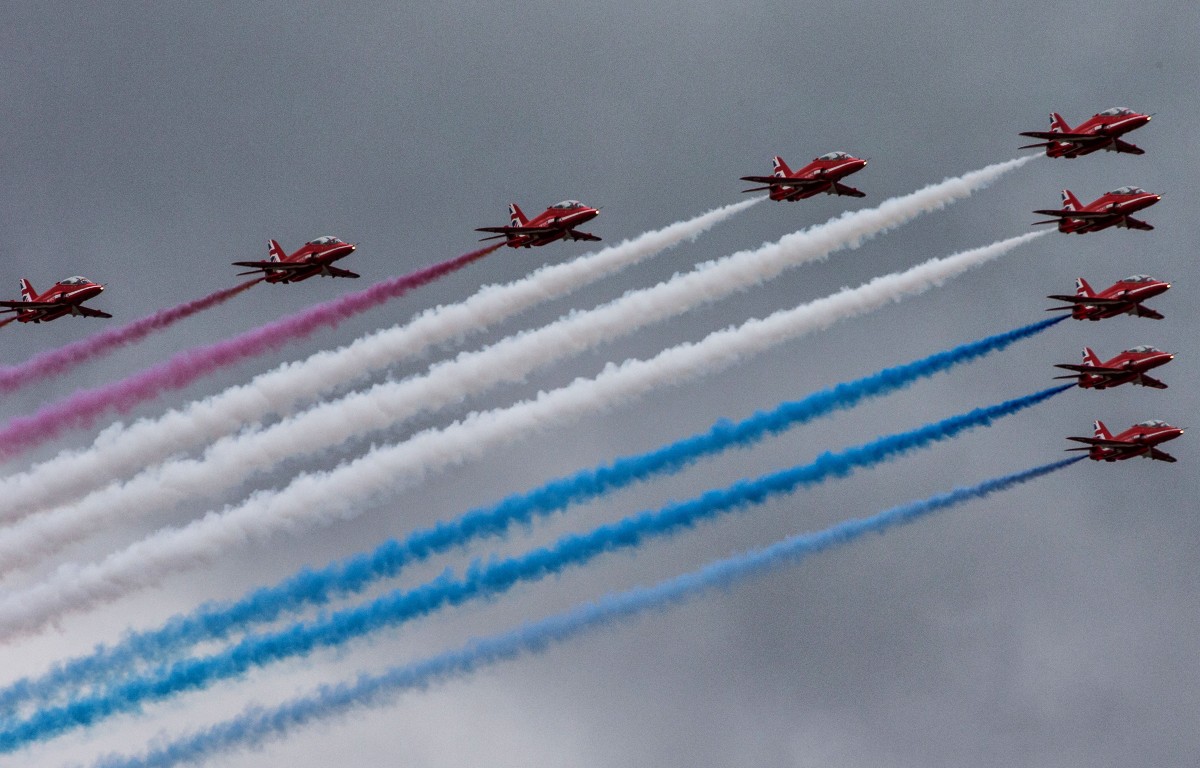 
Despite Formula 1’s intention to ban air flights involving military aircraft, the Red Arrows will be at Silverstone.

As Formula 1 continues to work towards a greener future, it has been reported that the sport will, from the 2022 campaign, stop displaying military aircraft as part of a race weekend.

As well as concerns about unnecessary carbon dioxide emissions, Formula 1 also fears such displays could be interpreted as a show of military force on a global stage.

Monza is already fighting to ensure its traditional flight can take place at the 2022 Italian Grand Prix, but it has been confirmed that the Red Arrows airshow team are not considered military aviation by Formula 1, so they will be present at silver stone for the 2022 British GP.

A statement from Silverstone read: “The Red Arrows have played a major role in entertaining motorsport fans since they first performed at the British Grand Prix in 1966 and I am pleased to say that Formula 1 has confirmed that this much-loved tradition can continue at Silverstone in 2022.

“The Red Arrows, officially known as the Royal Air Force aerobatic team, are not classified as military aviation and as such do not fall into the category of those displays that will no longer be permitted at Formula 1 events. welcome back to Silverstone on July 3.”

The British Grand Prix will be the tenth round of a 23-race calendar for 2022.

The races in Abu Dhabi and Bahrain are sponsored by Etihad and Gulf Air, respectively, and both use their Boeing 787 Dreamliners to highlight low-emission technology and sustainable fuel.

Formula 1 aims to achieve a net zero carbon footprint by 2030, with 100% sustainable fuels from 2026 when new engines are introduced.