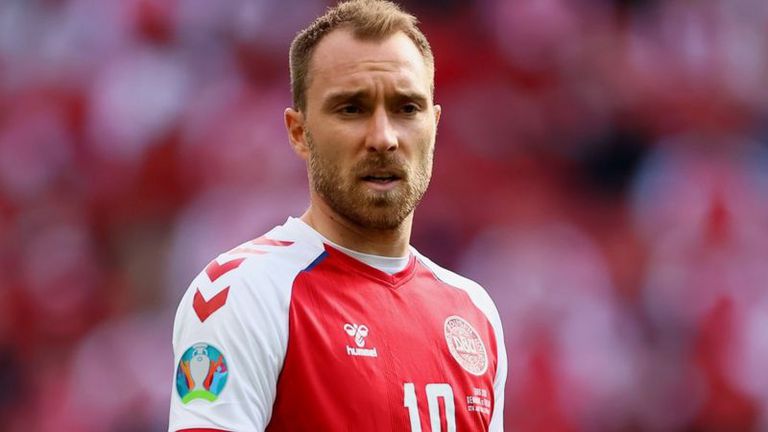 After that heart attack in the European Championship, Christian Eriksen is about to return to football… and in the Premier League


After the cardiac arrest he suffered playing for Denmark during last year’s European Championship, Christian Eriksen is getting closer to playing football again, and at the highest level: the midfielder is about to join Brentford, from Premier League, although it still depends on the results of medical tests and permission from the league and the FA to act.

Eriksen terminated his contract with Inter, from Milan, on December 17, given that Serie A had informed him in October that I wasn’t going to let him play with an implantable cardioverter defibrillator., element was placed after the health incident he suffered in that match with Finland. While looking for a new team, the Dane trained in Odense, a club where he attended the lower divisions between 2005 and 2008.

That distressing collapse in the European Championship

His decision to join Brentford, with whom he will sign for six months with an option for 12 more, draws attention to the links the London club has with Denmark. Its owner, the banker Matthew Benham, also owns FC Midtjylland, one of the best performing clubs in the Scandinavian country in recent years. Also, Erikson would be directed by another Dane, Thomas Frank, and would share the campus with seven compatriots, of whom Jonas Lossl, Mathias Jensen, Mathias Jorgensen Y Christian Norgaard They also played Euro 2020.

In an interview he gave to his country’s television earlier this month, the soccer player made it clear that he does not want to stop playing at the highest level after overcoming his heart problem. “My goal is to play the World Cup in Qatar. I want to play, that has been my mentality all this time. I’m sure I can come back because I don’t feel any different. Physically I am in my best shape. It depends on the technical director evaluating me, but my heart is not an obstacle”, he asserted.

Consequently, Eriksen would return to the league in which he showed his best version, in his six and a half years in Tottenham Hotspur, a team to reach from Ajax in 2013. Among the Spurs, the midfielder formed a relentless attack with Son Heung Min, Lucas Moura Y Harry Kane, but that did not translate into titles. The London team was second in the 2016/17 Premier League, behind Chelsea, and reached the League Cup finals in 2015 and the Champions League in 2019 (in this case, under the technical command of Mauricio Pochettino), but was defeated against Chelsea and Liverpool, respectively.

Eriksen moved to Inter in January 2020, and also in the Italian team he reached a continental final, which he lost against Sevilla in the Europa League. Then it was essential for the squad Nerazzurri got his first Serie A champion title in 11 years, cutting off a run of nine from Juventus.

Brentford, for its part, is facing its first season in England’s senior category since 1946/1947, and is 14th, eight points above the highest of the relegation places.