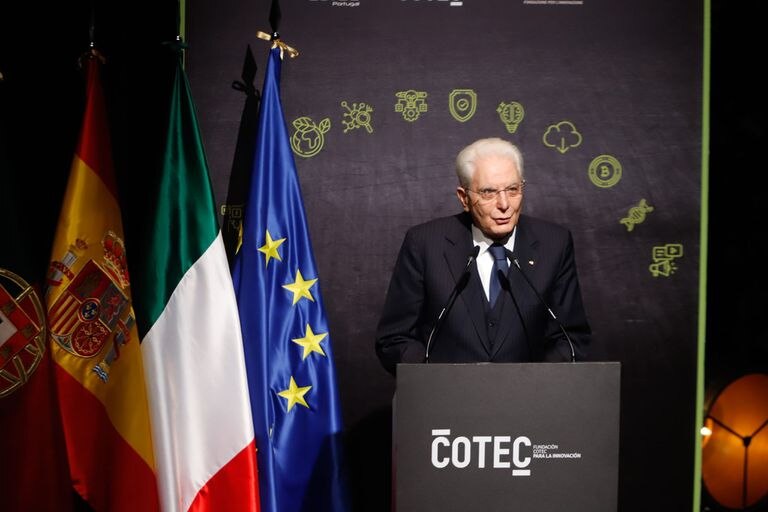 
ROME.- Black smoke. As expected given the fragmentation of Parliament and the lack of agreement on a consensus candidate, the vote that began today to electing the successor to President Sergio Mattarella, whose seven-year term expires in a few days, ended with a single winner: the blank ballot.

At the end of the first ballot of a complex and crucial election for Italy, as the highest guarantor of the Constitution and a high-profile figure whose main mission is to manage the recurrent political crises are voted for, there were 672 blank votes, that is, the two-thirds majority that a candidate needs to be elected and a strategy that the center right and center left adopted to start the games.

As from the fourth vote, which will take place on Thursday, the quorum drops to 505, it is expected that on that day or at the latest, on Friday, Italy may have a new president. In the last election of this type, in 2005, Mattarella, who has already said that he does not want a second term, but that in any case he could finally be elected, was voted in the fourth ballot. In today’s vote, in which a failure was discounted, several symbolic names came to light, including that of a famous journalist and a DJ, and the outgoing president received 16 votes. The former premier, Silvio Berlusconi, who on Saturday “national responsibility” stepped aside, obtained 8 and the current Minister of Justice, Marta Cartabia, was the most voted woman, with 9 preferences. Cartabia could not only become the first woman to become president of Italy, but also the first woman to become head of government, in the event that the current prime minister, Mario Draghi, the great favorite, really ends up being elected as Mattarella’s successor.

The so-called “secular conclave” because the vote is secret, a most solemn ritual of Italian parliamentary democracy, was much more complicated and long than in normal times. Not only because of the presence of 1,008 “major voters” – deputies, senators and regional delegates – but above all because of the anti-coronavirus regulations. In addition to the normal rules of hand hygiene and chinstrap, there could never be more than 200 people in the hemicycle, voting was done in groups of 50 people and with various intervals to allow the place to be disinfected.

Although the most curious thing was the development of a “drive-in” in Parliament’s car park to allow positive “big voters” to still vote from their car, depositing their ballot into then also disinfected ballot boxes held by officials dressed in astronaut-like clothes. In the midst of these complex operations, another note of color was given by a well-known non-vax deputy, Sarah Cunial, who intended to vote there, since he refused to submit to a swab to enter the Parliament building. The legislator led a furious fight, but they did not let her vote in the drive-in and announced that he was going to denounce everyone for that and was going to challenge the election.

Apart from this, of course the first day of voting was at the same time a day of frantic negotiations between the political forces to find a consensus candidate. Among various meetings, the most important were the one between the prime minister and great favorite, Mario Draghi, with the leader of the right-wing League, Matteo Salvini, which in turn had other encounters. one of them with Enrico Letta, leader of the center-left Democratic Party, who, on the other hand, spoke by phone with the head of government.

“It was a very positive meeting.”, Letta told reporters about his meeting with Salvini, with whom he will meet again tomorrow, something that was considered auspicious in view of an agreement.

former premier, Giuseppe Conte, leader of the Five Star Movement (M5E), the largest parliamentary group, but at the same time totally divided internally, also met with Salvini, an old partner in the populist government that was formed after the 2018 elections, but then his main enemy.

“I am working so that in the next few hours the united center-right offers not one but various quality proposals, women and men with a high institutional and cultural profile, about whom we hope there will be a discussion without vetoes and prejudices, which the Italians do not deserve in such a delicate moment from an economic and social point of view,” Salvini tweeted.

It is feared that if the election of the country’s highest institutional position is delayed too long, this could lead to disastrous consequences for Italy, with dire repercussions on stock markets, interest rates and the spread. That’s why the watchword is to move fast. And everyone hopes that this Thursday or at the latest, on Friday, there will be white smoke.