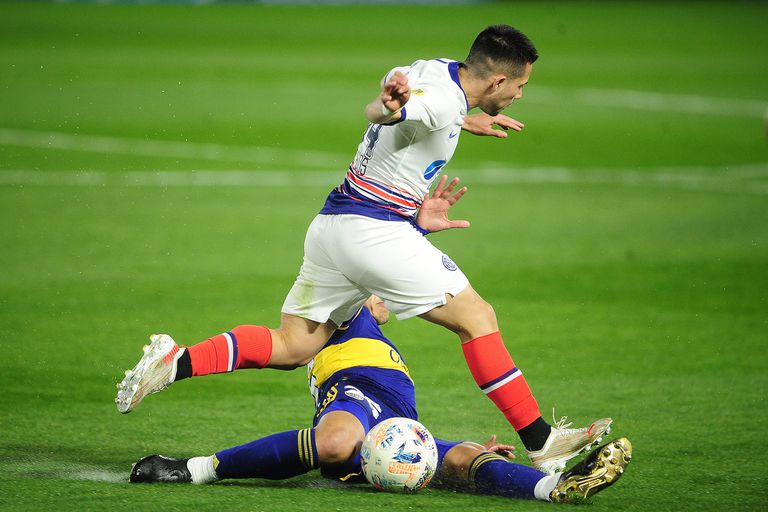 Boca – San Lorenzo: everything they put at stake in the first summer final of 2022


Sebastián Battaglia gave another imprint to Boca. He made Miguel Russo forget, he won the Argentine Cup and qualified for the Copa Libertadores. Now, he adds hierarchy reinforcements and knows that the bar will be higher. You must fight everything you are going to play. Pedro Troglio changed the air of San Lorenzo. There is a certain dose of optimism.

You know, Battaglia and Troglio, that tonight they are going to play more than just a summer finale. It can be the platform for an intense, complex year, why not, unforgettable.

Boca and San Lorenzo will play the final of the International Summer Tournament, the hexagonal one that marked the return of the traditional summer games. The meeting, with arbitration by Facundo Tello, will be played from 9:15 p.m. at the Uno stadium, with audiences from both clubs and Fox Sports Premium and Star+ broadcast.

Pedro Troglio’s new San Lorenzo debuted with a victory over Independiente (1-0) and then repeated the result against Talleres de Córdoba to finish at the top of zone B. Both used the base of the squad that has been there since last year , since for various reasons they have not yet presented the reinforcements.

Boca incorporated Darío Benedetto (was summoned, will be in the concentration and… will he play?) and Nicolás Figal, and in the last hours closed the return of midfielder Guillermo Pol Fernández.

And San Lorenzo reinforced its attack with the arrivals of Adam Bareiro, Ricardo Centurión and Malcom Braida, but he still has to resolve the club’s inhibition in order to include them. The La Ribera team will have forced casualties, since Agustín Almendra will be inactive for a month due to an injury to his right ankle and captain Carlos Izquierdoz is isolated due to Covid-19.

Furthermore, the Peruvians Luis Advincula Y Carlos Zambrano They traveled to join the national team that will play against Colombia and Ecuador for the qualifiers for the Qatar 2022 World Cup.

Troglio will also have a significant absence, since right back Andrés Herrera, who is on River’s radar in this transfer market, tested positive for Covid-19.

Boca and San Lorenzo have met little in recent times due to issues of formats and calendars. In July 2021 they played for the third date of the Professional League in the Bombonera and it was a 2-0 away win against Boca, which presented a team with a majority of youth players.

The other closest antecedents are from 2019: in March, Boca won 3-0, at home, and then won 2-0 in Bajo Flores, in September. And the last match for a summer tournament happened in 2017 in Mar del Plata with a 2-2 draw.

The Agency for the Prevention of Violence in Sports (APreViDe) reported that the security operation will begin at 5:00 p.m. and will include the participation of some 550 members of the Buenos Aires force.