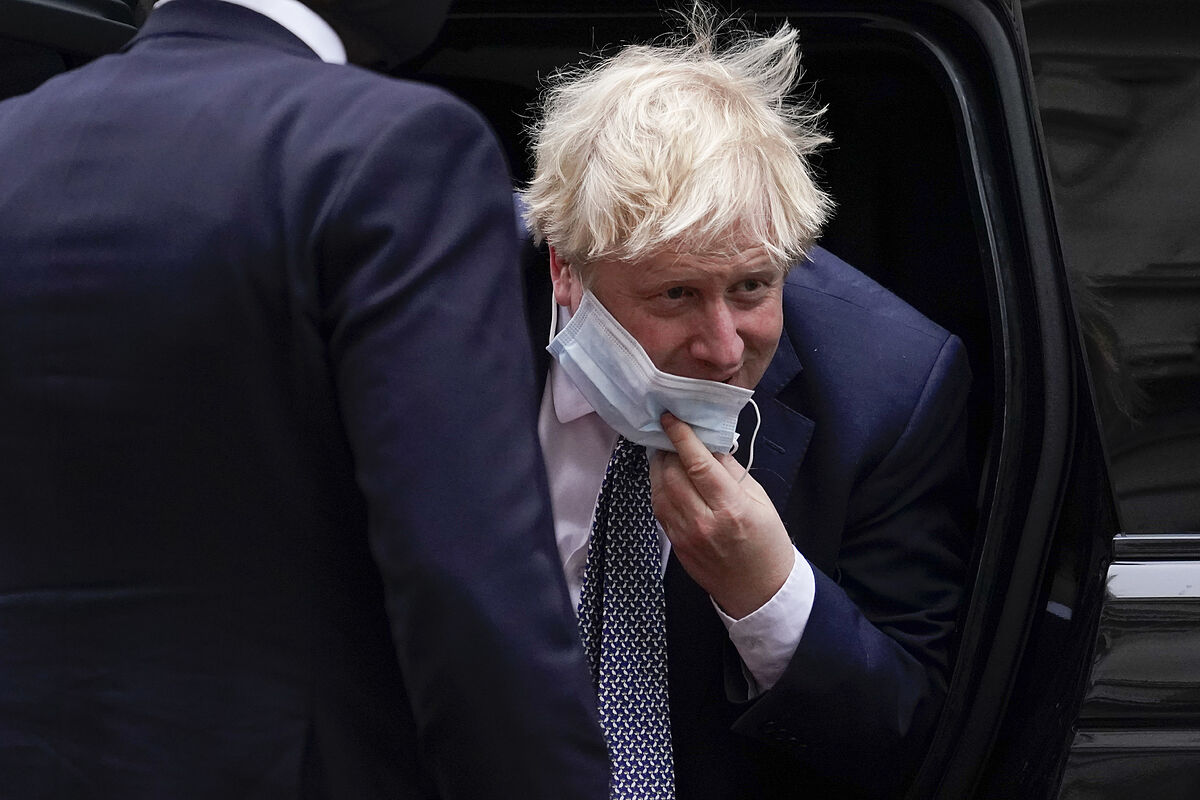 The “surprise” party organized by the first lady could have been held in the Cabinet Room, in violation of the Covid restrictions in force at the time

Boris Johnson held a party for his 56th birthday on June 19, 2020, which was attended by at least 30 persons in full de-escalation of the Covid, according to the ITV network, in a new informative bomb that can blow up the ‘premier’ strategy to mitigate the impact of the “Partygate” investigation.

According to ITV, the “surprise” party would have been organized by Carrie Symonds (then they were not yet married) and could have included the presence of the designer Lulu Lytle, author of the controversial redecoration of the Downing Street flat. The party could have taken place not in the garden, like the previous ones, but in the Cabinet Room, in clear breach of the restrictions in force at that time for indoor meetings.

Downing Street has replied claiming that the party was organized by family and friends and that the ‘premier’ I only dispatched with them ten minutes and open sky. The new revelations from ITV, the network that has advanced the exclusives on “Partygate”, came hours after the written statement of former strategist Dominic Cummings in the investigation led by senior official Sue Gray, who this week will present his findings. conclusions.

Cummings expressly avoided oral testimony to avoid “lies” about its content, while accused Downing Street staff of hiding ‘crucial material’ to the investigation for fear that the ‘premier’ could see it.

Gray has also taken testimony from police officers on duty at Downing Street, who may have facilitated “very harmful” information about the use and abuse of alcohol at the parties held at the prime minister’s mansion during the maximum Covid restrictions, according to ‘The Daily Telegraph’.

One new scandal, this time related to Islamophobia within the Conservative Party, has meanwhile knocked on the doors of number 10. Boris Johnson has agreed to the opening of another investigation after the declarations of the conservative deputy Nusrat Ghani, who assures that the ‘premier’ washed his hands of his complaints about the discrimination suffered at the hands of co-religionists “That they felt uncomfortable with a Muslim woman in government.”

Nusrat Ghani served as Under Secretary at the Department for Transport until 2020, when she was sacked after a member of the Tory parliamentary team told her that being Muslim was creating difficulties. Ghani assures that he raised his complaint with Johnson, who decided not to get involved and suggested that he denounce him through internal party channels.

“It was like a punch to the stomach,” Ghani told ‘The Sunday Times’. “Me felt humillada and helpless”. Health Secretary Sajid Javid and Education Secretary Nadhim Zahawi extended their solidarity with the Muslim deputy, called for a full-fledged investigation and called for the need to end “racism” within the party.

A third scandal of the Johnson Government, the Covid frauds that have had an estimated cost of 5,000 million euros, meanwhile led to the resignation of the undersecretary Theodore Agnew at the Treasury Department. Agnew lamented the disdain with the money lost in loans (to “ghost” companies or dissolved after a few months) and accused the Government of showing “very little interest in the consequences of fraud in the economy and in society.”

Boris Johnson sigue trying to avert the threat of a possible motion of censure as a conservative leader in the wake of the “Partygate” investigation. The ‘premier’ has been accused by the opposition parties of trying to prevent “the full publication” of Sue Gray’s conclusions, which could lead to a police investigation if signs of “criminal behavior” are found in the violation of the rules. Covid rules during a long dozen parties held in Downing Street.

Johnson has assured that his attendance for 25 minutes at the party held on May 20, 2020 in the garden did not break the rules, since he considered that it was “implicitly a work event” and went only to give thanks to the staff.

Sue Gray’s investigation may, however, show that Johnson was indeed warned that it was a full-fledged party and that it could violate Covid rules, as Dominic Cummings has claimed. In that case, the ‘premier’ would be in evidence for having hidden the truth from Parliament and having broken the ministerial code.

The ‘premier’ has announced his intention to appear again in Westminster after the conclusion of the investigation and his willingness to immediately consult with Lord Christopher Geidt, independent adviser on ministerial affairs.

The ‘premier’ could simultaneously face the petitions for resignation by the opposition as a whole and by several deputies from his own party. It would be enough for 54 “Tory” deputies to address their letters to the 1922 Parliamentary Committee to activate a motion of censure against their leader, similar to the one that concluded in 2019 with the fall of Theresa May.