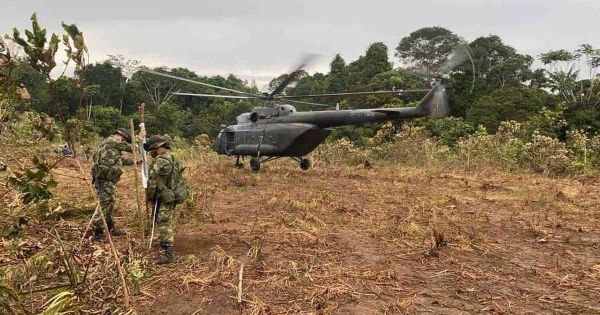 Duque launched the start of a new phase of Operation Artemisa during a visit to the Gorgona Natural Park in the Colombian Pacific. The new stage will focus on biodiversity and the threats posed to it by poachers. Operation Artemisa was created to protect water, biodiversity, and the environment from criminals who threaten resources of national interest.

“We are also going to enable a chapter of Operation Artemis in the seas, to protect the historic atolls and coral reefs of our country. That, to put a perspective, the entire set of coral reefs on the planet is home to more than 45% of marine species. Protecting coral reefs and those historic atolls is protecting the biodiversity of our oceans,” said Duque.

In operational terms, the responsibility will fall to the Colombian Navy, which will assist the Coast Guard “to face many of the threats to these coral reefs, such as illegal trawling, or fishing that is done indiscriminately,” Duke added.

Duque also announced that his Government will strengthen the System of National Natural Parks, with an investment of US$12.6 million, specifically in Gorgona, an island 28 kilometers from the Pacific coast, to which US$1.5 million will be allocated. million to improve park ranger infrastructure and also for ecotourism services.

In November 2021, Duque announced the thirteenth phase of Operation Artemisa to preserve more than 1,100 hectares of forest in the Colombian Amazon near the Nukak National Natural Reserve Zone. It was a coordinated effort between the Military Forces, the National Police, the Ministry of the Environment, the Institute of Hydrology, Meteorology and Environmental Studies (Ideam) and the Prosecutor’s Office, in the villages of Puerto Valencia, municipality of El Retorno, and Puerto Flores, municipality of San Jose del Guaviare.

Operation Artemisa has led to the arrest of 96 suspects, in addition to the dismantling of 32 buildings within National Natural Parks, the seizure of 650 head of cattle and the affectation of criminal economies during the previous 12 phases.