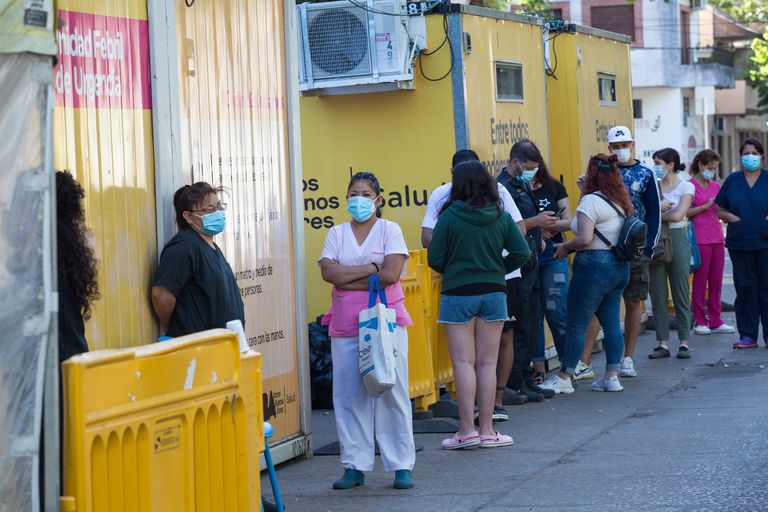 Covid-19: “It is possible to end the acute phase of the pandemic this year”, they say at the WHO


GENEVA (AFP).- It is possible that the end of the acute phase of the pandemic from Covid-19 this year, The Director General of the World Health Organization (WHO) said on Monday: Tedros Adhanom Ghebreyesus; although this virus currently causes worldwide one death every 12 seconds.

”We can end the acute phase of the pandemic this year, we can end Covid-19 as a global health emergency [el nivel de alerta más elevado de la OMS]”, declared the driver of the agency.

Yesterday, the director of the WHO for Europe, Hans Kluge, was also hopeful when saying that omicron -which would infect 60% of Europeans before March- gave way to a new phase of the pandemic in that region and that it could precipitate its end in Europe. However, he called for caution, due to the versatility of the virus.

Today, Adhanom Ghebreyesus warned that it is “dangerous to assume that ómicron will be the last variant”, because the conditions are “ideal” in the world for other variations to arise and that are even more transmissible and virulent.

“To put an end to the acute phase of the pandemic, countries must not sit idly by and are obliged to fight against inequality in vaccination, monitor the virus and its variants and apply adapted restrictions”, considered the expert, at the opening of the WHO Executive Committee, which meets every week in Geneva.

For a long time, Adhanom Ghebreyesus has insistently called on the Member States to accelerate the distribution of vaccines in poor countries, with the aim of inoculating 70% of the population of all the nations of the world by the middle of this year. The alarm signal is also turned on because half of the 194 WHO member states did not achieve the goal of reaching 40% of the population vaccinated by the end of 2021, according to the institution.

Meanwhile, the coronavirus continues to claim lives. Last week, one person died every 12 seconds in the world due to the disease and every three seconds 100 new cases were reported, according to the director of the WHO.

The appearance of the variant omicron, which was detected for the first time in South Africa, skyrocketed the cases and, since then, a total of 80 million new infections. “Until now, the explosion in infections has not been followed by an increase in deaths, although deaths have increased in all regions, especially in Africa, the one with the least access to vaccines,” said Adhanom Ghebreyesus.