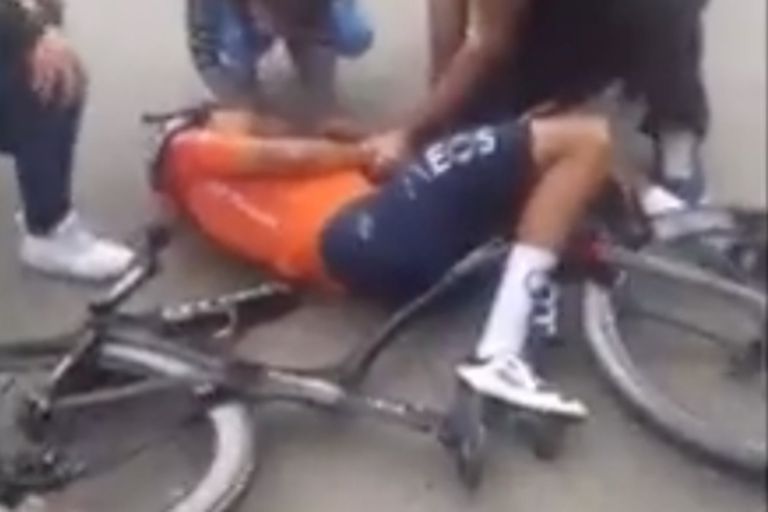 
the colombian cyclist Egan Bernal, former champion of Tour de France and current defender of Tour of Italy, collided with a bus while training in Cundinamarca, in Bogotá, while training for the Tour La Provence, to be held between February 10 and 13.

According to the Traffic Police of the Colombian capital, Bernal hit a bus that was dropping off a passenger during his training, and was lying on the street for a few minutes until he was transferred to a hospital by ambulance. INEOS Grenadiers, his cycling team, confirmed the news and reported that He is stable and being evaluated for his injuries..

While his life appears to be out of the question, the injuries that caused the impact could take a toll on his career. Colombian media report that Bernal suffered fractures to his femur and patella, for which he will have to undergo surgery at the La Sabana Clinic, in Bogotá. In this way risks missing much of the 2022 season.

However, from Bernal’s work team they put cold cloths regarding his chances of returning to the competition this year: “For the moment we have to be calm, wait for what the doctors say and not start assuming things“, he claimed Xiomara Guerrero, member of the INEOS staff. “It is still under evaluation, it is stable. The accident was pretty bad, but we have to wait for what is said”.

Bernal, 25 years old and raised in the city of Zipaquirá, made history in 2019 when he became the firstr Latin American cyclist to win the Tour de France, besides being the youngest to do so in 110 years, with 22 years and 196 days. That same year he also stayed with the Tour of Switzerland and the one of Paris-Nice, prevailing over his compatriot Nairo Quintana.

In 2021 he made history again, establishing himself in the Giro d’Italia for the first time and becoming just the fourth cyclist in history to achieve it before turning 25, a milestone that had only been achieved by Gino Bartali, Felice Gimondi and Eddy Merckx.

Bernal also received the support of his compatriots, among them the footballer Radamel Falcao, who used his Twitter account to send him a message and also raise awareness about his training conditions: “All of Colombia with you in this painful moment. Let’s protect and care for cyclists on all roads in Colombia”.