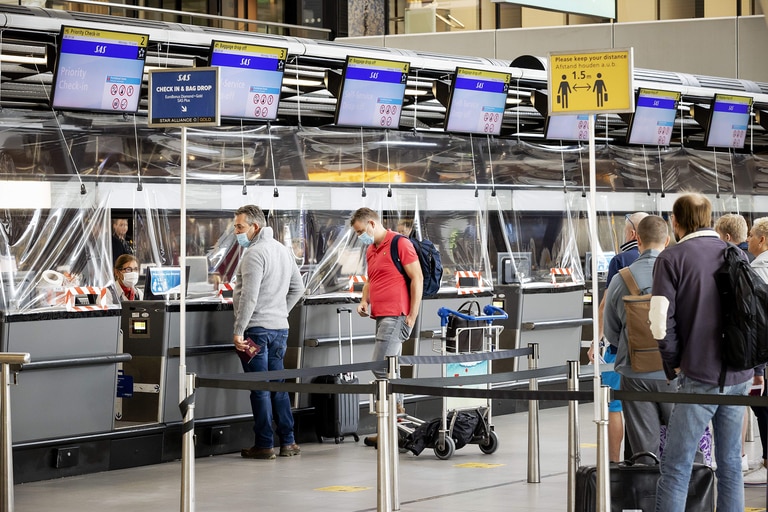 From South Africa to the Netherlands: a man traveled eleven hours on the wheel of an airplane and survived


A young man whose identity was not revealed hid in the front wheel of a plane that was about to take off at the Johannesburg International Airport, South Africa, Y he stayed there for 11 hours until he landed in the Netherlands. In fact, the authorities of Schiphol, Amsterdam, responded that within the circumstances that he went through he was in good health.

In fact, the spokeswoman for the Royal Netherlands Military Police, Joanna Helmonds“The man was found alive in the nose wheel section of the plane and was taken to hospital in stable condition,” he said.

And, in statements to CNN, continued: “We were surprised to find this man, but we were even more surprised that he was alive after the plane flew more than 10,000 kilometers with very cold temperatures.

“We have learned that a person was found stowing away on the airport cargo platform,” he said. Willemeike Koster, spokeswoman for the Dutch air terminal . “The Royal Netherlands Military Police is handling the situation,” he added.

The authorities are fully investigating the case. In fact, in these hours they will interrogate him to unravel the mystery. In that sense, they do not know how it was able to get inside the wheel section of the fuselage in South Africa. They will also find out his nationality and age, although they estimated that he could be between 16 and 35 years old.

“We don’t know yet if he got help from another person to make this journey. We hope to be able to obtain an answer to all the pending questions throughout the day today”, the spokeswoman pointed out. However, the great unknown is how the young man was able to survive 11 hours with such low temperatures.

In fact, had to withstand heights of 13,000 meters, temperatures of 65 degrees below zero and lack of oxygen in the Boeing 747. It is even more surprising because after leaving Johannesburg the plane made a stopover in Nairobi, Kenya, without anyone noticing its presence.

Cargolux, the Luxembourg cargo airline on which the stowaway was traveling, declined to comment until an investigation into the situation is complete. “We are not in a position to comment further. until the authorities and the airline have completed their investigation,” a company spokesperson told the British media. The Guardian.

“When the man has recovered and is released from the hospital, he will then be processed at the Asylum Seeker Center (AZC), where his status will be determined if he is truly seeking asylum,” concluded Joanna Helmonds.