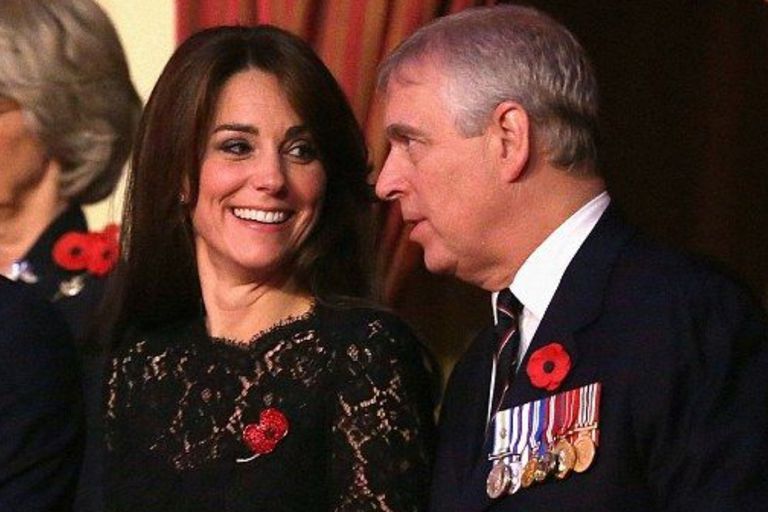 In the midst of the scandal in the crown, it was leaked what position of Prince Andrew could occupy Kate Middleton


The Queen Elizabeth II stripped Prince Andrew of all his military titles and royal patronages due to the trial that he will have to face for the case of sexual abuse against him. One of the positions now vacant is that of Colonel of the Grenadier Guards, one of the most important infantry regiments in the British Army. According to the newspaper The TimesSenior Guard officials want Kate Middleton to be the one to take over the ceremonial role. For now, the post has been left to the queen, but the Duchess of Cambridge could be the second female colonel of the regiment in its 366-year history.

“From opinion polls conducted through the ranks, everyone would love it to be kate. We all admire the way he has adapted and carried himself, he never seems to mess up,” a source told the British newspaper. “He really commits to everything he has taken on and we want someone who really commits to us”added the informant. The prince philip, Duke of Edinburgh, had previously held the position for 42 years until delegated it to Andrew during 2017.

On January 13, Buckingham Palace issued a statement on the situation of Prince Andrew and the steps being taken regarding his worrying connections with the deceased pedophile. Jeffrey Epstein and the accusations of sexual abuse. The statement said: “With the Queen’s approval and agreement, the Duke of York’s military affiliations and royal patronages have been returned to the Monarch.”. Prince Andrew will continue to hold no public office and is defending himself in this case as a private citizen.” Prince William and Prince Charles are known to have played a significant role in influencing Elizabeth II to come to this decision.

The announcement came a day after Judge Lewis Kaplan denied Andrew’s request to have a civil lawsuit against him dismissed. The lawsuit was filed by Virginia Giuffre, who accused Prince Andrew of sexually assaulting her on three occasions when she was 17. This complaint is linked to those that fell on Epstein and Ghislane Maxwell that she was trafficked and abused when she was a teenager.

Epsteinwho committed suicide in jail He was charged with sex trafficking of minors and conspiracy. Maxwell, also recently found guilty of child sex trafficking, you risk 60 years in prison. Now, Giuffre wants to bring Prince Andrew, 61, to the dock and the complaints against the Duke of York unleashed the worst image crisis of the British Crown since the death of Lady Di.