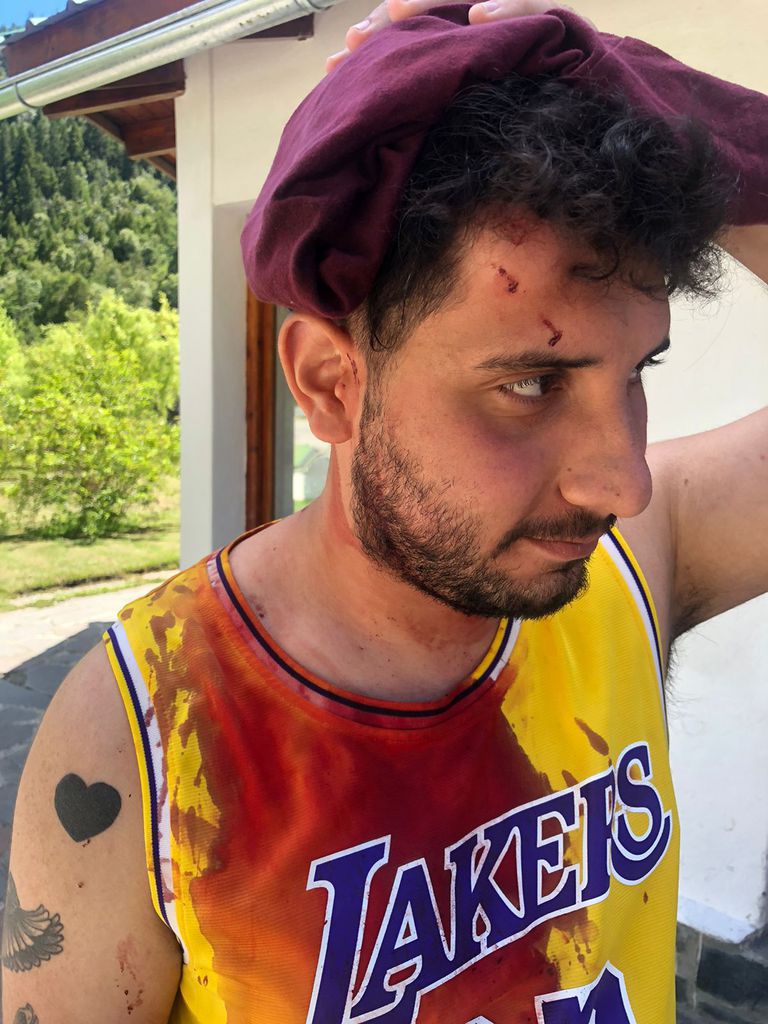 Mapuche conflict: judicial complaints multiply, but the cases progress slowly and there are no convictions


SAN CARLOS DE BARILOCHE.- The territorial claims of indigenous groups, with sectors that define themselves as Mapuche and that many times resort to violence, multiplied in the last five years the legal complaints in Patagonia. But the investigations proceed slowly and run aground before reaching a resolution.

The most relevant conflicts involve usurpations of public lands or private lands, burning of houses, acts of vandalism against public buildings, threats and aggressions. And although different officials sporadically promote dialogue tables, most of the situations end up in the Justice and there they seem to get bogged down.

What are the open court cases related to territorial conflicts and their current status?

Community Lafken Winkul Map In November 2017, it usurped National Park lands at kilometer 2006 of Route 40, and then extended the occupation to neighboring properties. Due to the various usurpations and dozens of other crimes reported in the area, there are multiple open cases, both in the province of Black river as at the federal level.

The cause for the first usurpation -between November 10 and 23, 2017- has seven people charged: federal prosecutor Sylvia Little He requested in July 2021 the elevation to oral trial.

At that time, National Parks did not accompany the request for elevation to trial and requested that a conciliation hearing be held first. However, as the Lafken Winkul Mapu community showed “no intention of dialogue”, the administration that depends on the Ministry of Environment adhered to the prosecutor’s request.

And in October 2021, Little asked the federal judge Silvina Dominguez bring to trial the case for the second usurpation, on November 25, 2017. For this reason, there are three people charged.

In another file, the crime of the young man is investigated Raphael Nahuel, murdered on November 25, 2017, during a failed attempt to evict the property: in that case there are five Prefectural officers prosecuted.

Meanwhile, in the Rio Negro Justice, in September of last year, charges were filed against two men and one woman members of the lof Lafken Winkul Map for the usurpation perpetrated on April 1, 2020 on a property belonging to the Bishopric of San Isidro, known as “Cabaña Hueche Ruca”, also in Villa Mascardi. Four other women had been charged previously for the same usurpation.

In turn, it is expected that three members of the Mapuche community go to trial for minor injuries qualified perpetrated on a neighbor of Villa Mascardi within the framework of a cut of route 40 that occurred on November 25, 2020.

Since September 18 of last year, members of the community Whomquemtreu They occupy two properties in the town located 30 km from El Bolsón. Although the place was returned to its fiscal occupant less than a week after the occupation, some people re-entered the land.

There are six people accused of the crime of usurpation: “All of them, together with other people not yet identified belonging to the Mapuche Community calling itself “Lof Quemquemtreu”, entered clandestinely and dispossessed the peaceful possession that had been held since 1981, invading the property and preventing forestry and livestock activities, cutting down tree species, staying inside the property and installing banners and a Mapuche flag”, as indicated by the Public Prosecutor’s Office.

On December 16, the judge of Guarantees Ricardo Calcagno He issued an eviction order that is still in effect.

Meanwhile, at the end of November, Martín Cruz Feilberg (48) and Diego Alejandro Ravasio (44) were formally charged in the criminal case for the death of Elijah Garay (29) and the attempted murder of Gonzalo Cabrera (21), both members of the Quemquemtreu Mapuche community. The crimes committed against them are aggravated by the use of a firearm.

Both defendants are currently serving preventive detention in the Viedma Penal Complex, while the Rio Negro Public Prosecutor’s Office advances in the unification of skills that will allow them to reach the instance of oral and public debate. According to the current accusation, the two defendants acted “in agreement of wills and intentional convergence.”

The preparatory criminal investigation will last for the next two months and the accusation control hearing will take place in March.

During the first weekend of October 2021, the Tourist Information Center of that locality (near to be inaugurated) was set on fire, at the same time that a property of Vialidad Rionegrina located in Bariloche was attacked: three hooded men set fire to two road machines and a warehouse. Threatening messages addressed to Governor Arabela Carreras were found at the scene: “Wall mapu landowner winkas out.”

Likewise, on December 30, a group of protesters -many of them with their faces covered- vandalized the El Bolsón Tourism Office and painted graffiti that read “If Quemquentrew is evicted, #bye tourism.”

For this last fact, two women were charged in early January, while the Public Ministry is working on identifying the rest of the people who entered the tourist office carrying Mapuche flags. The attackers also prevented the employees of the place from leaving for a few minutes.

The two accused women, inhabitants of the towns of Lago Puelo and El Hoyo, are accused of the crimes of disturbance of possession and aggravated damage, since pictures and broken glass, security cameras, computers were found inside the place. and monitors spray-painted and bludgeoned.

For this attack, a preliminary criminal investigation was recently opened for a period of four months.

Among other aspects, a study carried out by the consulting firm Trespuntozero during December 2021 in Neuquen, Rio Negro and Chubut analyzes the social perception about the management of territorial conflicts in Patagonia. Among those surveyed, the perception prevails that both the Justice (72.5%), the National Government (65.9%), the provincial governments (65.4%) and the security forces (51.9%) have acted “badly or very badly”.

And regarding the possible solutions, 32.5% of those surveyed consider that Justice should condemn the usurpers, while 32% believe that an agreement should be reached between all the parties and 24.7% affirm that it should be respected the rights of indigenous peoples and allow them to occupy the lands they claim.