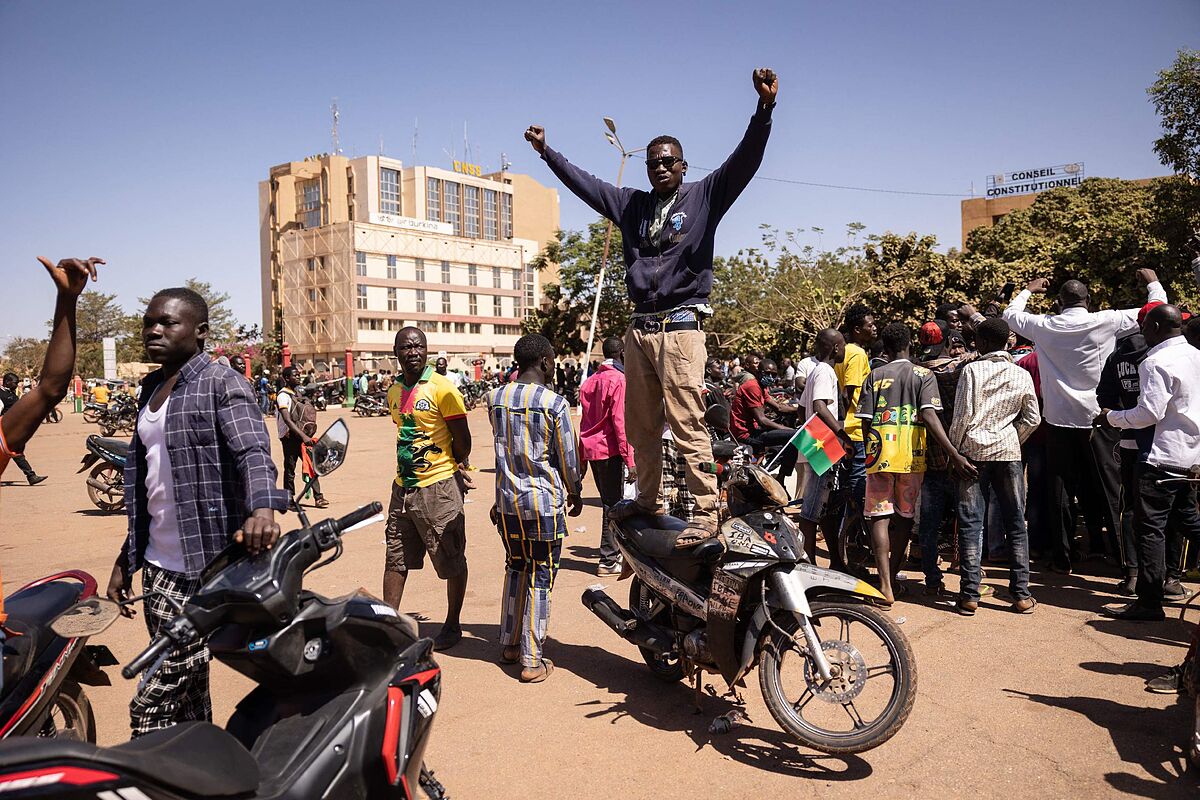 His party denounces a“failed assassination attempt” on the head of state after several military mutinies in recent hours. The soldiers have taken up positions in front of the state television headquarters

The president of Burkina Faso, Roch Kabor, has been detained by the military in a apparent coup, A high command of the Army of this West African country confirmed this Monday to Efe.

“They arrested him at his home and took him to a barracks” in the Burkina Faso capital, Ouagadougou, said the source, who requested anonymity.

The arrest occurred after the day of tension that Burkina Faso experienced this Sunday, where shots were fired at several military barracks in an alleged riot to demand improvements in the Armed Forces.

The party of the president of Burkina Faso denounced on Monday a “failed assassination attempt” of the head of state, whose fate remained unclear after the mutiny of soldiers in various barracks across the country. While Burkina is “advancing hour by hour towards a military coup”, the Popular Movement for Progress (MPP) also denounces in a press release “the looting of the private residence of the Head of State” Y “the attempted assassination of a minister”, whose name does not specify.

According to the aforementioned source, the authorities maintained during last night, when shots were heard near the presidential residence, some negotiations with the mutineers they seem to have failed.

Soldiers have taken positions before the television headquarters state RTB and the rebels are expected to make a statement throughout the day to reveal their intentions, local media reported.

The arrest also took place after the Economic Community of West African States (ECOWAS) expressed in a statement last midnight its “great concern” about Sunday’s riot, called for “calm” and urged the military to favor “the dialogue with the authorities.

The Government of Kabor (president of Burkina Faso since the end of 2015) thus sought to maintain control of the situation in the country, after a day that began with fears of a riot as a result of the shots heard at dawn in several Army barracks.

The Executive denied on Sunday that it was an attempted coup and, in a television interview, Defense Minister General Aim Barthlmy Simpor assured that “no public institution” had been “disturbed.”

Although the reasons for the shooting were not officially confirmed, local media indicated that it was a riot to demand improvements from the Government, including more means to fight against jihadist terrorism (of which Burkinabe troops are usually targeted), and the resignation of high-ranking military and intelligence officials.

One of the affected centers is a camp that houses military prisoners detained for an attempted coup in 2015, including Gilbert Diendr (one of former President Blaise Compaor’s strongmen).

During the day, there was popular rallies in support of the Army in the capital, Ouagadougou, among other incidents.

A headquarters of the ruling party, the People’s Movement for Progress (MPP), was also burned. This same month there had already been fifteen arrests in Burkina Faso (ten soldiers and five civilians) in connection with an alleged coup attempt.

Last Saturday, the country lived a new day of unauthorized demonstrations, convened by civil society groups to express the great social discontent over the insecurity generated by jihadist violence and the lack of results from the Government in dealing with this problem.

Jihadist attacks in Burkina Faso are usually attributed to groups affiliated with the Al Qaeda terrorist network and the Islamic State (IS) organization, especially in the northern Sahel region, but it has spread to neighboring regions and, since 2018, to the east of the country. .

Insecurity has caused the number of internally displaced persons to rise to just over 1.5 million, according to data from the Burkins Government.