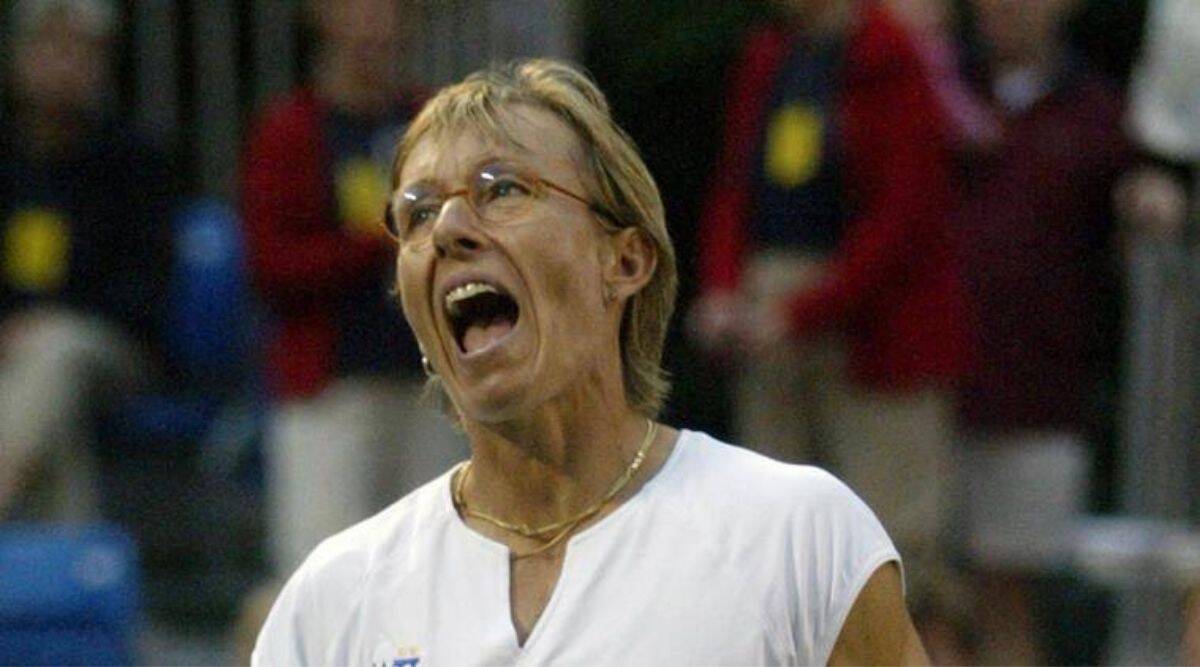 After video surfaced of security officers and police instructing fans on Saturday to remove T-shirts bearing the slogan “Where’s Peng Shuai?” on them, Tennis Australia (TA) defended its position saying that the tournament does not allow political statements.

TA’s position dismayed Navratilova, an 18-time Grand Slam winner, who said the national governing body was caving in to China and putting sponsorship money ahead of human rights concerns.

“I find it very, very cowardly,” he said on the US-based Tennis Channel. “I think they are wrong about this. This is not a political declaration, it is a declaration of human rights.” (Tennis Australia is) just capitulating on this issue…letting the Chinese really dictate what they do in their own Slam. I find it really weak.”

Interestingly, journalists are allowed to ask players questions about Peng Shuai’s situation, but apparently fans are not allowed… #AusOpen pic.twitter.com/SCqNlH2bOx

“We continue to work with the WTA (Women’s Tennis Association) and the global tennis community to do everything we can to ensure (Peng’s) well-being. Our work is ongoing and through the appropriate channels,” a spokesman said in a statement to Reuters.

Peng’s situation became a concern in November when she alleged that a former Chinese Vice Premier, Zhang Gaoli, had sexually assaulted her in the past. After that post, he was absent from the public eye for nearly three weeks.

The fall WTA tournaments in China are still up in the air and updates on Peng Shuai continue to raise concern.

Last month she said she had never accused anyone of sexually assaulting her and that a social media post nL1N2T500X she had made had been misrepresented.

The WTA has suspended tournaments in China due to concerns about Peng’s safety. Zhang has not commented on the matter. China has not commented directly on Peng’s initial post, but said after the WTA move that it is against making the sport political.

“China has always opposed the politicization of sports, such behavior is unpopular and will not succeed,” Chinese Foreign Ministry spokesman Zhao Lijian reiterated Monday, referring to Peng’s jerseys at Melbourne Park.

French player Nicolas Mahut criticized TA’s response on Twitter: “What a lack of courage! What would happen if you had no Chinese sponsors?

“The Baijiu Luzhu Laojiao distillery and the Chinese mattress company De Rucci are sponsors of the first Grand Slam of the year. On Monday, Peng supporters in Australia said they planned to hand out 1,000 “Where’s Peng Shuai?” T-shirts in Melbourne Park this week after raising more than $10,000 on a GoFundMe page.

“We can see how many match-goers they can stop,” campaigner Max Mok told Australian ABC radio. TA said security officials will continue to enforce their policy at Melbourne Park.

“The policy will continue to apply in relation to any item that compromises the safety and comfort of AO fans,” organizers said.