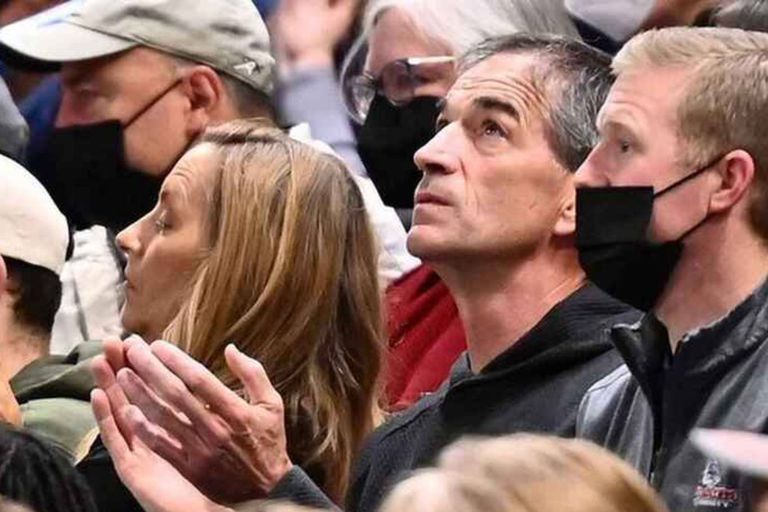 
John Stockton was an absolute star on the Gonzaga University Bulldogs basketball team., in the state of Washington. His transcendence as a base in the aforementioned campus catapulted him to the NBA, where it became one of the most brilliant figures in that league until his retirement in 2003. Today, the former basketball player is back in the news, but for another reason. For his anticovid stance and for refusing to wear a mask, own Gonzaga University he was banned from attending Bulldogs home games as a spectator throughout the season.

It was Stockton himself who told in an interview he gave to the American medium The Spokesman-Review , published this Sunday, that the Gonzaga University Athletic Director Chris Standiford He sent the basketball player the notification that, by refusing to use the mask as established by the regulations of the state of Washington, they should prohibit him from attending to see the Bulldogs. The former number 12 of the Gonzaga team was a regular spectator at the stadium The McCarthey Athletic Center of the squad in which he shone a few decades ago.

“Basically, it came down to me being asked to wear a mask at games. And, being a public figure, someone a little more visible, he stood out a little bit from the crowd. They asked me to wear a mask or they would suspend me. When they change the rule, they will give me tickets again, “said the former player, who shone in the NBA in the Utah Jazz, and became a legend, with a record in assists and steals in that league, the most demanding in that sport. Worldwide.

Stockton, 59, took a strong stance against vaccines against Covid-19, and he was also critical of the isolation measures and the use of masks. In June of last year, the former basketball player offered his point of view in a documentary whose title anticipates the content: Covid and the vaccine: the truth, the lies and the misconceptions revealed.

Obviously, his claims are extremely unverifiable and are not supported by science or by medical professionals. An investigation by the PolitiFact organization, in charge of the Poynter Institute, of the state of Washington, also denied that, as Stockton assured, vaccines cause this type of death. “No evidence has established that a licensed Covid-19 vaccine in the US caused deathslet alone hundreds of thousands.” says a report from the aforementioned organization.

For its part, the Gonzaga University, an establishment governed by the order of the Jesuits, issued a statement about what happened, although without referring specifically to the case of his former star basketball player. “Gonzaga University continues to work hard to implement and enforce health protocols and security required by the State and the University’s policy, including the reinforcement of the requirement to use face masks indoors, ”the statement begins.

“Attendees to basketball games are required to wear masks at all times – the message continues – We will not talk about specific actions taken with specific individuals. We take the application of Covid-19 health and safety protocols seriously. Gonzaga University places the highest priority on protecting the health and safety of students, employees and the community.” In the same sense, the university also prohibited eating or drinking in the stands of the stadium.

Stockton is so highly regarded in Gonzaga as a player, that when he retired from the team the number that he always wore on his jacket -12-, was withdrawn forever from future campuses. But, apparently, even for idols there are no exceptions when it comes to complying with rules to attend Bulldogs games.

The former athlete considered that he weighed “in great detail” his decision not to wear a mask at the cost of missing his team’s games, but obviously decided not to submit to that rule. Stockton was seen in his usual fan stalls on January 8 against Pepperdine, and the Jan. 13 vs. BYU. However, last Thursday the 20th he was not in his place to encourage his team against San Francisco.

The absence was due to the fact that he began to rule his veto as a spectator. In the remainder of this season, the Bulldogs will have five more games to play at home. And they will do it, surely, without the presence of their greatest idol.