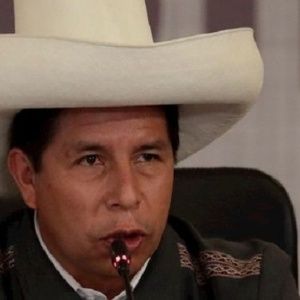 On Sunday, Peru’s President Pedro Castillo sharply criticized the opposition-controlled Congress for approving a bill amending the “Rights of Participation and Citizen Control Law” (PRC). Consequently, the conditions for calling referendums change in an unconstitutional sense.

He pointed out that Congress insists on maintaining a Constitution that mutilates the right to a referendum for a Constituent Assembly. According to current legislation, the Castillo administration can challenge the reform of the PRC law before the Constitutional Court.

The refusal of the Peruvian elites to change the constitution imposed during the dictatorship of Alberto Fujimori (1990-200) contradicts the democratic order, explained President Castillo, who recalled that political power in a republic emanates from the People.

Castillo’s statements are essentially motivated by the actions of Congress, which established ad-hoc protections for article 206 of the Constitution so that only a parliamentary majority can approve any constitutional reform.

the president of #Peru Pedro Castillo, approved this Thursday the Declaration of National Climate Emergency through the promulgation of a Supreme Decree that recognizes it as a matter of national interest. pic.twitter.com/8tLRQMTomy

The action of Congress was also harshly criticized by progressive social and political organizations because they seek to hinder the call for a Constituent Assembly.

In accordance with the current laws, the Executive Power can initiate a legal action before the Constitutional Court if a norm approved by the Congress infringes the participation of the citizens in the political processes destined to carry out structural changes.

The Council of Ministers also warned that the law approved by the Congress controlled by the opposition violates the political participation rights of citizens recognized in international treaties.