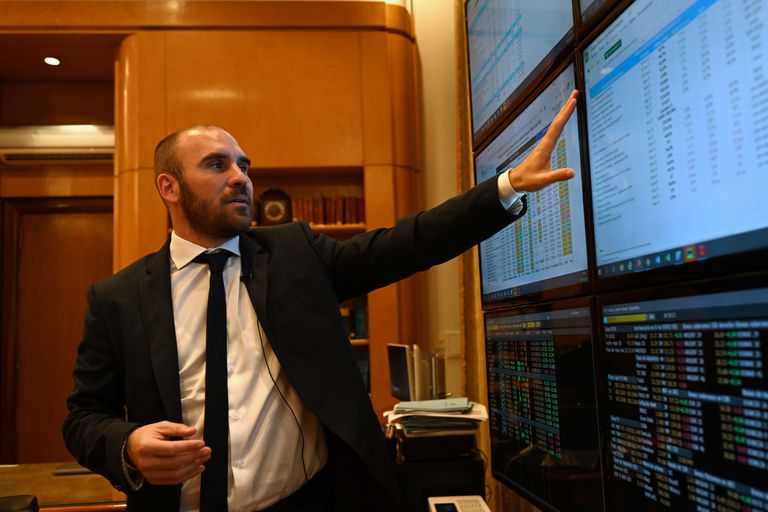 Contrary to all the expectations of the economic agents and of a large part of the Government, Argentina has not yet reached an agreement with the International Monetary Fund (IMF). This implies that it must face debt maturities with scant reserves from the Central Bank (BCRA).

In the next seven days, it faces two obligations for a total of US$1,086 million with the Fund and in the coming weeks, in addition, it must pay US$193 million to the paris club and US$137 million to other multilateral organizations.

This Friday, the Treasury must transfer to the Fund the first maturity of the year for US$718 million as capital. Next Tuesday, meanwhile, he will have to make another payment for US$368 to cancel interest on the loan. According to the consultant 1816, the Central Bank has US$673 million left, equivalent to special drawing rights (SDR), which the IMF distributed in August of last year to all monetary entities to alleviate the effects of the pandemic.

Additionally, the president of the BCRA, Miguel Pesce, will have to use money from the available reserves to cancel maturities. Last week, gross reserves broke through the US$39 billion floor, closing at US$38.945 million. From that total, if you subtract the reserve requirements in dollars (savers’ deposits), equivalent to US$15,195 million, the swap with China (a loan that is not freely available, for a total of US$20,464 million) and the loans from other organizations (around US$3 billion), the free reserves of the Central Bank would be around US$1,500 million, according to the latest report from the consulting firm 1816.

If gold money (US$3,418 million) and SDRs (US$673 million) are subtracted from this amount, liquid reserves would be negative by around US$2,579 million. This means that the Central Bank would have borrowed money to intervene in the foreign exchange market and to meet maturities. For example, the economist Fernando Marull noted that the entity borrowed US$400 million and offered gold as collateral.

The reserves of the Central Bank explain the government’s rush to close an agreement with the IMF, since on March 21 it must be paid US$2.82 billion (there is no grace period) and 10 days later, US$1.9 billion to the Paris Club.

“The country can face payments to the IMF and the Paris Club with net reserves up to and including February. The March payment could be made with reserves (after all, gross reserves are still at US$39 billion), but it would mean that the BCRA is left with insufficient dollar position to cover the total of its liabilities in dollars”, says 1816.

If Argentina cannot face the March deadline with the IMF, it enters a stage in which it cannot receive new financing from the organization. If a month passes from the default, after formal notification by the Fund, the managing director, Kristalina Georgieva, must notify the board. Two months later, a formal complaint is issued by the Fund and three months later, the existence of the amount owed is published. Between six months and 12 months later, the Fund issues a declaration of ineligibility and communications are sent to the other multilateral organizations, according to the consultant.

“Beyond the strictly formal, if Argentina goes into default with the Fund, we will see more exchange rate gap, more inflation and more stocks, although it is difficult to put numbers to these variables”, he indicated.

The consulting firm Econviews agrees with this vision. In its last report, it indicated that “a default with the IMF would cause a degree of uncertainty that would lead, for example, to the gap at levels similar to those of October 2020, when the difference between the price of the free dollar and the official one touched 150%”.

“Local stocks and sovereign bonds, which in some cases are already at decade-lows, could cut their value even further, and reach sharp falls in the first days after the default. In the macro, the default will be more inflation and less level of activity. How many? Very difficult to play it at this point. The immediate justification for this is that Argentina would enter into a detailed schedule of actions that it implements in the event of non-compliance with the commitments, which includes notices to international financial organizations regarding our status as a ‘pariah’”says the consulting firm founded by former Finance Secretary Miguel Kiguel.

Since the 1950s, there have been 26 countries that entered a situation of “backwardness” with the IMF (Argentina never), explains the FMyA query. “However, only three of them maintain non-compliance to this day: Sudan (since 1984), Somalia (since 1987) and Zimbabwe (since 2001). In addition, heHistory is full of cases of countries that missed a payment, but normalized their situation within a year and did so with the help of official funds. There another question arises: will China and Russia help Argentina?. One of the most recent cases was that of Greece, which delayed a service for 300 million in June 2015, but regularized it within a month, without major consequences,” they indicated.