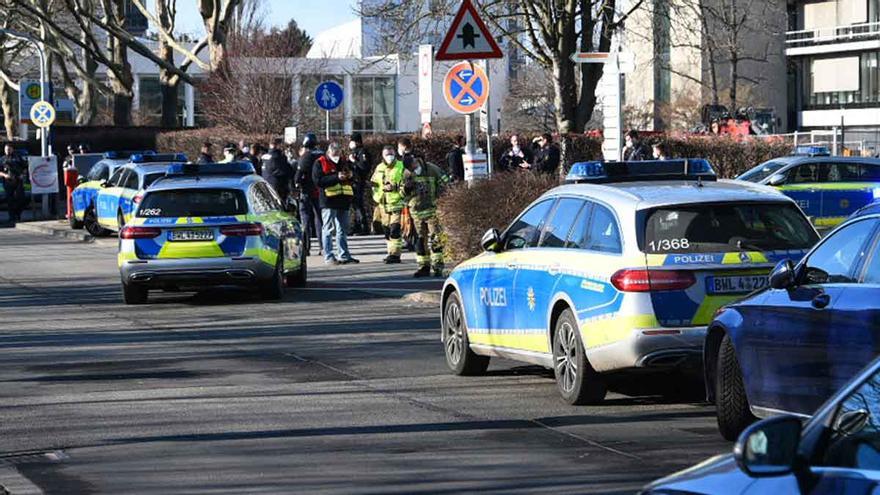 several people injured in a university clinic in Heidelberg


One 18 year old german has assaulted this Monday the auditorium of the university clinic of Heidelberg, in southern Germany. In this attack, a young woman has died and three other people have been wounds after the attack of the assailant, who committed suicide shortly after, as confirmed by police sources.

Investigators have discovered that the attacker had sent a WhatsApp message shortly before taking action in which he said that the “people have to be punished now” and what he wanted to be buried in the seaMannheim police chief Siegfried Kollmar explained at a press conference.

As soon as the security forces appeared, they cordoned off the area and urged citizens to move away, according to the police Twitter account. “A lone gunman wounded multiple people in a conference room with a long gun and is dead,” police said in a tweet.

DEVELOPING: A gunman injured several people in a shooting inside a lecture hall at Heidelberg University in southwestern Germany, police said, adding that the perpetrator was now dead.

It was not immediately clear how many people were injured and how seriously.

According to information from the public broadcaster Südwestrundfunk (SWR), the university asked its students by mail not to go to the campus in the neighborhood of Neuenheim field for the moment. Although “there is no longer an imminent threat,” according to SWR.

The German law on the carrying of firearms became more severe in Germany after two attacks on schools in the city of Erfurt, in the east of the country, in April 2002, and in the city of Winnenden (southwest), in March 2009.