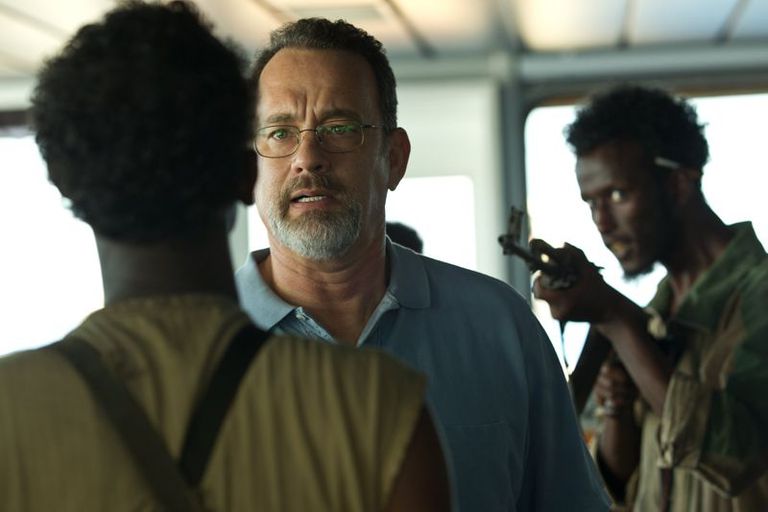 
Thanks to the hundreds of stories, novels and movies made about them, pirates, real or fictional, which took to the waters of the Caribbean and other hot spots of the globe in the past are already well known, a subgenre in itself within the adventure genre.

More recent than those captains “with wooden legs, with an eye patch, with a bad face”, as Sabina says, are the Somali pirates. By 2009 they were at their peak: no freighter crew felt safe when sailing in waters near the Horn of Africa.

It was then that the Canadian Jay Bahadur, Just graduated from college, he embarked on an adventure in one of the most dangerous countries in the world. To the news about the civil strife that had torn the territory apart since the mid-1990s, Somalia added the label of being a hostile place for commercial shipping.

Bahadur’s journey into that heart of darkness became a research book that he wrote back in Canada: The Pirates of Somalia: Inside Their Hidden World. And that book, in turn, was the raw material for a 2017 movie, Somali Pirates, available these days on the Netflix platform.

The plot faithfully recreates, in fiction, what Bahadur recounted after his months spent in Somalia. It was not the case to stay in Mogadishu, the capital: he headed for Puntland, an autonomous state in the northeast of the country, where the pirate gangs were.

Before leaving, he had looked for local contacts who could give him a hand. And the one who responded and encouraged him to travel, perhaps the only one who emailed him back, was a colleague who turned out to be, lo and behold, the son of the regional president, Abdirahman Mohamud Farole.

What made Bahadur’s trip different, who left Canada in search of that exotic destination at the age of 24, was that at the time of his landing no Westerner had launched to investigate Somali piracy from the inside. Beyond the stories of the kidnapped sailors, there were second-hand stories about the Somalis themselves, tired and repeated, that did not delve into the richness of the background.

There were no face-to-face exchanges with these men who put international maritime trade in check and made more than one seasoned sailor tremble in the seven seas.

No one knew much about Somalis in general. except for the news of the civil war that had divided the country between the so-called “lords of war” who managed the territories in their own way, with their rules and militias, and kept the neighbors at bay.

There was more and more talk of piracy, of the criminal business that was returning to its rights after centuries of neglect. But always at a distance: no one wanted to risk the fate of the kidnapped crews, who remained in the hands of their captors until the due ransom was paid.

Bahadur travelled, researched and wrote. Years later, the film reached its own brilliance. And with the added luster of Al Pacino, who played the role of a famous journalist turned Bahadur’s mentor. If he wanted to be a journalist, he told her, he had to travel “to the craziest place” he could think of, conduct an investigation on the ground, and tell the world about it. No media or editorial would resist.

“I was not prepared at all and I had no idea what I was getting into, but that is also a lesson from this story, that sometimes you can do something without being prepared, without being a great connoisseur, and the things are coming out little by little”Bahadur said when the film premiered at the Tribeca Film Festival.

The actor who played Bahadur, Evan Peters, He said that he learned a lot during the filming of the play in South Africa, praising the Somalis who were part of the cast, amateur actors with no previous experience in front of the camera: “They are very casual people, always laughing, talking, they are very sarcastic, I had a great time with them.”

There were the keys to Bahadur’s journey, a journey of initiation, learning and growth, which director Bryan Buckley transferred to the screen, as well as the social customs and ways of being of that people.

somali pirates it was the result of a personal adventure, as well as a study of the motivations and essential traits of its protagonists. It was the other side of the box office coin Captain Phillips, a 2013 biographical film starring Tom Hanks.

The two films covered the same waters, talked about the same pirates and took place in the same years. But Captain Phillips it focused on the maneuvers of pursuit and capture of a merchant ship, on the action and suspense of the enemy on the prowl.

somali piratesInstead, it dealt with the human side of pirates, who they were, what they wanted, why they did it, how they explained and justified their criminal acts.

The contrast was deliberate. The Somali girl Bahadur wants to get involved with somali pirates -his romantic interest- mentioned more than once Captain Phillips, and questions her for not giving the Somalis a true voice. He assures her that they are not well represented at all. “There were no Somalis,” he insists. And asks you to take a much more sympathetic point of view.

Could Bahadur have imagined that the pirates he knew so thoroughly would, one day not too far from now, begin to lower their flags, and little by little give up that armed and dangerous trade they had learned to master?

As in the cinema, Somali piracy also had its outcome. By 2012 these boat and rubber bandoleros were no longer half as fearsome. The captures, which in 2010, for example, were 49 ships and about a thousand hostages, could be counted on the fingers. The saga continued on the other side of the continent, off the Gulf of Guinea, the new mecca for maritime kidnappings.

According to the specialist Fernando Ibáñez, consulted by THE NATION, piracy in Somali waters was declining due to “the greater effectiveness of the international military presence, the role of self-protection measures, the changes in the internal situation in Somalia and the implementation of programs to strengthen the capacities of the countries of the region”.

Professor at the Distance University of Madrid and the International Campus for Security and Defense (CISDE), Ibáñez stressed that the action that demonstrated “100% effectiveness” was the deployment of armed security guards on the ships, who discouraged pirates and deactivated the kidnapping industry.

Bahadur remained linked to Somalia. Based in Nairobi, the capital of neighboring Kenya, he continues to investigate and report on Somali affairs. Somalia’s Finance Minister, Mohmaud Hayir Ibrahim, accused him last August of hacking his email and “conspiring to kill him”, in the midst of investigations into illegal fishing off the coast of the Indian Ocean whose dissemination, in addition to implicating him, would have put him in danger. risk his life.

As reported by the Daily Nation, from Kenya, “the Somali minister is at the center of Bahadur’s investigation into the North East Fishing Company, which is one of the largest exporters of seafood from the region to China.” The investigation revealed that most of the catch is obtained illegally and with the help of officials. There will always be someone to report. Because Bahadur knows that pirates today come in many colors.

“Based on real events” is a series of notes that describes the historical context behind international fictions. In this link you can access all the articles.