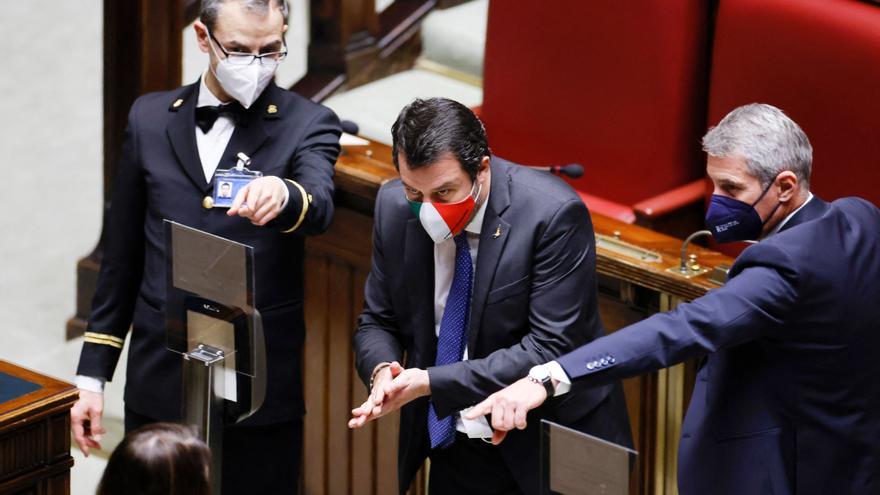 
The Italians are pending these days of Mario Draghi. But not in case it announces new restrictions due to the pandemic or any aid to sectors hit by the crisis. The attention is due to the fact that the current Prime Minister is the great favorite to replace the outgoing President of the Republic, the most important institutional position in Italy. An appointment that, if it were made, would mean a political crisis and the end of the current unity government —a heterodox coalition that includes both left and center-left forces and the far-right Matteo Salvini League—, which would force the parties to negotiate an alternative, whose nature at the moment no weight analyst dares to anticipate with precision.

Hence, the first vote in the Italian Parliament to elect the new Italian president – the body that in Italy has the function of electing this figure – was held this Monday without getting any result, with a considerable part of the voters who deposited the blank ballot. Reflection of a completely divided Parliament, in which neither the center-right nor the center-left they have the numbers to impose their candidate alone, which during the day led to countless last-minute meetings between the parties with the greatest political weight, in particular the far-right League, the progressive Democratic Party (PD), and the populist 5-Star Movement (M5S).

The vote began at three in the afternoon with the call for the vote of the senators for life – which was followed by the call of the rest in alphabetical order – and ended when it was already dark, about six hours later. Then all the 1,008 major voters (senators, deputies and representatives of the regions) had the opportunity to express their preference, which included the covid-19 positive delegates, who were allowed to vote in a parking lot near the Italian Congress.

The effort, however, was of little use since none of the candidates for president mentioned — among the names appeared characters tan eccentric as the president of the Lazio football team and a deceased anti-mafia judge – managed to gather the necessary number of votes to be elected.

The differences within the center-right – whose candidate, tycoon Silvio Berlusconi, withdrew on Saturday and was admitted to a Milan hospital on Sunday -, the decomposition of the 5 Star Movement (M5S), and the taciturn silence of the Democratic Party (PD), has not made it possible to see clearly what the solution could be. As synthesized by the Minister of Health, Roberto Speranza: “I have been told that the agreement still seems distant”.

It is possible that this scenario will be repeated in the next votes, at least until Thursday. Because of the covid there will only be one scrutiny per day and, as established by the 1947 Constitution, during the first three ballots require two-thirds of the votes, which are secret and are not preceded by any debate within Parliament, which also fuels the presence of so-called ‘snipers’. These are parliamentarians who vote in a different way than the one indicated by their party. In the fourth ballot the election is by majority.

The main reason for concern surrounding the election is not only the pandemic itself, but also the scenarios that may open up the possibility of Draghi going from being the acting prime minister to being the president of the Republic. Something that would be an absolute novelty, since it has never happened before and that could lead to a semi-presidential turn in the country and, eventually, also culminate in feared early elections. Added to this is the fact that everything is happening when the Italian economy is running at the speed of an Olympic athlete, Rome has regained international credibility and the country is at the waiting to receive the first European funds of the plan EU Next Generation to carry out reforms that it has been postponing for decades.

As analysts insist, the truth is that, for the succession of President Sergio Mattarella —whose term expires on February 3—, the ideal would be to find a consensus candidate, not directly linked to any party —a technocrat like Draghi, for example—, or, in any case, a moderate figure outside the main controversies that the political forces are going through. That this synthesis might not be a chimera was suggested during the first day of voting, after vseveral rounds of meetings between the leaders of the League, the PD and the M5S. The first to announce it was the head of the PD, Enrico Letta, assuring that “the path of dialogue has been opened.” The meeting with Letta “was long and cordial”, and will resume this Tuesday, said Salvini, the head of the League.