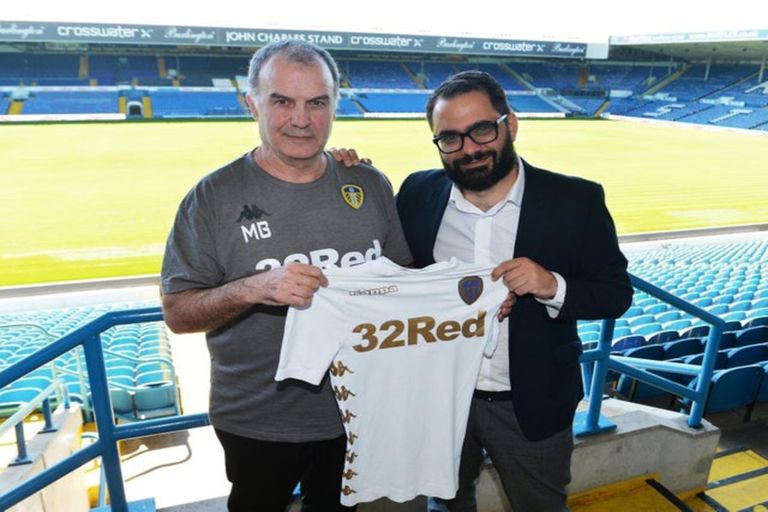 
As if the football clubs did not already have enough tools to advance in the different negotiations, the leaders also have their own meeting portal. The platform TransferRoom connects the most influential people in world football, facilitating the signing process -through a database or by chatting online- with their peers.

While the winter transfer market in Europe heads into its final stretch before closing, next Monday, the company founded by Dane Jonas Ankersen provides rich intermediary information for the 650 clubs from 54 countries that have signed up. A football fan since childhood, this 36-year-old entrepreneur carried out “many market studies with the clubs and other parties involved before launching TransferRoom,” he explained to the AFP agency.

Always with a common point, according to him: “The difficulty of accessing credible information and a global lack of transparency.” He noted that “very often there was no direct communication channel between those responsible.” But thanks to the designed portal “they can present offers and communicate directly with each other through a protected messaging system (…). The clubs can verify the availability of a player, his value and his salary claims.

In 2018, during a forum organized by the company in London, the sports director Ramón Rodríguez Verdejo ‘Monchi’, known for his successful signings in Seville, confessed to being a user of this platform which, according to him, “facilitates the process, saves time and makes it more transparent”. The app has data from more than 90,000 players. In France, most Ligue 1 and Ligue 2 clubs are among his clients.

The application boasts of having “facilitated more than 1,500 transfers, 800 of them in 2021 alone.” Even the english leeds, the team led by Argentine Marcelo Bielsa, carried out eight operations through this system, five of them the same year, explained the club’s sports director, the Spanish Víctor Orta. It is understood that the former national coach himself did not participate in the negotiations from the app, but he was probably able to use the rich database.

Consulted by this newspaper, Orta expressed about the platform: “It is very useful, because you get to difficult teams. We use it more for the transfer of youth to other teams than for hiring. To give an example, I remember Sarkic al Barakaldo. Yes it is true that Manchester City put to Jack Harrison in that tool and I contacted to confirm. He came on loan in 2018 and after three seasons we bought him.” The operation for the far left was made at 12.8 million euros.

In one of the last press conferences, Bielsa praised the methodology used by Orta: “There is evidence of Orta’s influence on the growth of Leeds. Teams are produced from individualities. In that sense, Victor was very accurate. He found the right players to suit the Leeds way of playing. most are young and that as of their arrival they have a higher price than the one they had upon arrival. That indicates that he chose players with room for growth. Meet the market of young players and from different countries. To name a few, he chose Pascal Struijk, Joe Gelhardt and Lep Hjelde. His work and that of those in charge of the Sub 23 is enormous”.

Regarding his management and joint work with Bielsa, Orta expressed: “A sports director is at the service of the coach, he must enrich his work. It is a day to day, a synergy that goes beyond the two annual transfer windows. I am proud to say that I never brought a player against the advice of the coach, when a

One of the innovations proposed since 2021 is the ‘Expected Transfer Value’, a means of providing a reliable and real-time evaluation of the value of a player. It is true that the signings of soccer stars are made through other channels, but the tool allows clubs to find an exit door for the most modest athletes.

French Lyon is one of the clubs that takes advantage of the tool. “It works in both directions, for the entry and exit of players,” explains Bruno Cheyrou, the club’s technical advisor and transfer director. “It is a facilitator, but it is not a miracle recipe either,” he relativizes.

Numerous moves involve free players. According to FIFA’s annual report on the ‘mercato’, the vast majority of club changes were made without transfer fees (87.7% in 2021). One of the most appreciated functionalities is ‘speed-dating’, an initiative proposed every two or three months, whereby club leaders can chain appointments with their counterparts. “That allows you to tie up many contacts and break the impersonal notion that the application in which you communicate by messages, virtually, can have,” estimates a person in charge of Toulouse, of the French Ligue 2.

Some virtual appointments that have allowed the market to be sustained during the pandemic, although Jonas Ankersen is impatient to be able to organize face-to-face forums again, such as in Madrid in 2019 and in Barcelona in 2020. The future of transfers has a new tool.