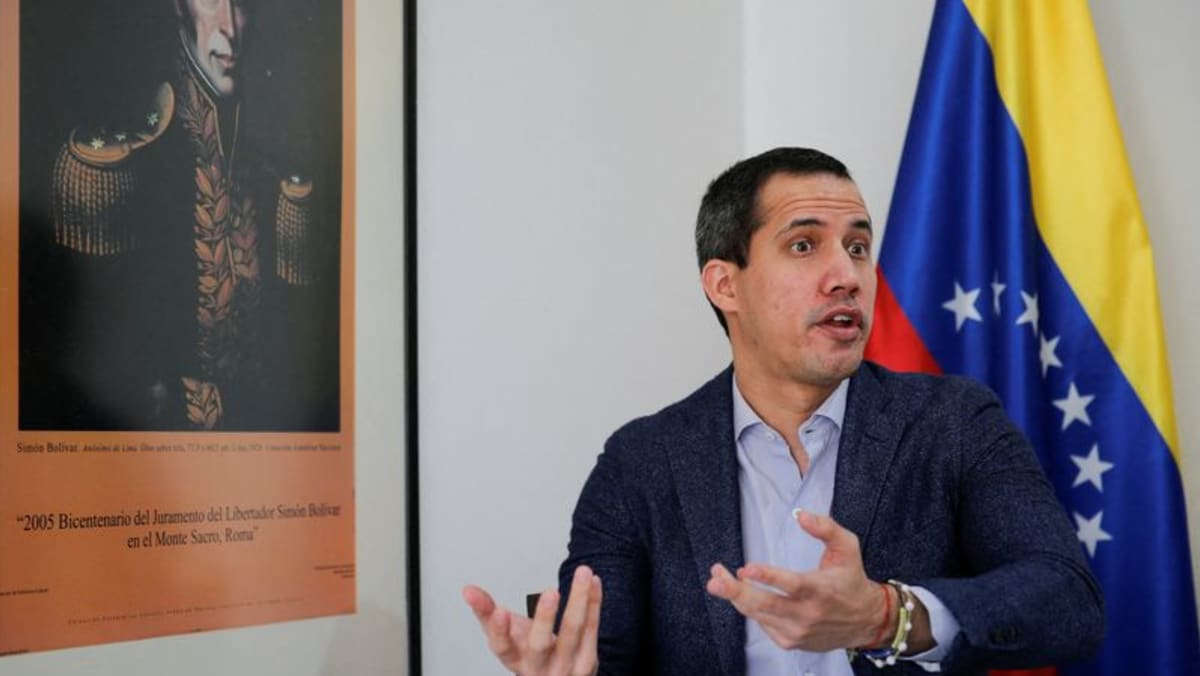 The offer to loosen US sanctions on Venezuela is “not indefinite”, says Guaidó


CARACAS: A US offer to loosen sanctions against Venezuela’s government “is not indefinite” and could be reversed if the ruling party does not return to talks with the opposition, opposition leader Juan Guaidó said on Monday (Jan 24). .

In October, delegates from the administration of President Nicolás Maduro walked out of talks aimed at providing a solution to the country’s long-running political and economic crisis, after Venezuelan government envoy Alex Saab was extradited by Cape Verde to the United States on money laundering charges. .

The opposition has repeatedly called for negotiations to be restarted, while Washington has previously said it is serious about reviewing sanctions if there are changes in Venezuela, but also serious about adding additional sanctions if not.

“We are willing to review the sanctions and we have ratified it with a view to an agreement. If they don’t sit down at the negotiating table again, the offer is not indefinite,” Guaidó told Reuters in an interview.

“There is another side of the coin: the possibility of toughening sanctions, diplomatic actions, if a political solution to the conflict does not come.”

He added, without elaborating, that the toughened sanctions would be “individual sanctions initially.” He said that a restart in the negotiations is still possible.

Neither the Venezuelan government nor the US State Department immediately responded to requests for comment.

The United States recognized Guaidó as the legitimate leader of Venezuela in 2019, amid allegations of fraud during Maduro’s 2018 re-election.

Dozens of other countries also initially recognized Guaidó, but since the 2021 legislative elections, several countries and the European Union have endorsed him only as a leading opposition figure.

Washington’s recognition allowed the opposition to take control of Venezuelan foreign assets such as Citgo, a subsidiary of state oil company PDVSA. US authorities have protected those foreign assets from creditors seeking debt repayment.

“For all creditors, including China, the best alternative is the recovery of democracy in Venezuela, the reactivation of the oil sector, judicial security,” Guaidó said.

Although the Venezuelan government’s debt, estimated by analysts at some 150 billion dollars, exceeds its current liquid assets, the intention is to pay it off as the country’s creditworthiness improves, Guaidó said.

He criticized investors and companies that have called for sanctions changes so debt payments and imports can resume, saying the effort is misguided.

The opposition is seeking to repair internal disagreements before the presidential elections scheduled for 2024, although Maduro could bring the date forward as he did in 2018.

An earlier contest would serve the opposition well, Guaidó said, as the ruling party lost support, garnering just 4 million votes for its candidates in regional elections last year compared with eight million supporters in the presidential election of 2012.

Although opposition parties were widely defeated in regional votes in November, they managed to win the governorship of Barinas, traditionally a stronghold of the ruling party, in a replay this month.

Guaido said he understands opposition supporters may feel apathetic after years of anti-government protests, though he urged people to join the February 12 march.

“The desire that we Venezuelans have is to get out of the dictatorship and we have not fulfilled it,” he said. “That is a reality and obviously it will create frustration.”