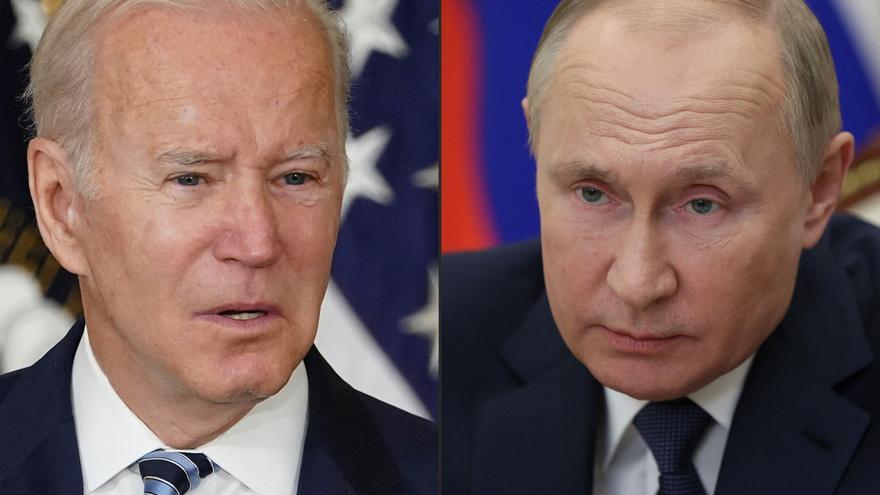 
The Europe that is emerging from this crisis in Ukraine is very likely to be a again fortified camp full of military bases with two military alliances, armed up to the teeth and looking sideways, just as it happened during the second half the last century. Leaving aside the restraint shown so far, the Joe Biden administration is discussing the possibility of sending thousands of soldiers to Eastern Europe and to the Baltic republics to shore up your security in the event of a Russian invasion of the neighboring former Soviet republic, as reported ‘The New York Times’.

Among its security demands, Russia demands that NATO troops withdraw from the countries that made up the Warsaw pact and who are now members of the Atlantic Alliance for more than two decades. But in the event that hostilities begin, the US soldiers will be just 150 kilometers from St. Petersburg, which is exactly the distance that separates the Estonian border from the second Russian city. According to the plans discussed over the weekend at the Camp David residence, the first contingent of soldiers would range from a thousand Y 5,000 soldiers, although Washington is willing to increase this figure tenfold as the situation evolves, which would turn the three small Baltic republics into an enclave surrounded by hostile territory, something similar to what happened with West Berlin during the 20th century cold war. According to some observers, the US government, by leaking the news to the press, is trying to send a message to Moscow that, in the event of an attack, it will achieve exactly the opposite of what it was trying to do.

“Even if we are engaged in diplomacy, we are focused on shoring up defense, strengthening deterrence,” US Secretary of State Anthony Blinken said in an interview with CBS. “NATO will continue to be significantly strengthened if Russia commits new acts of aggression; all this is on the table,” continued the head of diplomacy. The announcement of troop dispatch could be done this week, a key period, in which Moscow will receive the written response to the security guarantees that it has proposed and that could mean the continuation o la rupture of the diplomatic channel. NATO currently has 4,000 soldiers deployed in Poland and another 4,000 troops in the Baltic republics.

According to Moscow, the entire military escalation is the product of “news hysteria“and obey”informative and concrete actions undertaken by the US and NATO,” said the Kremlin spokesman, Dmitri Peskov. “The declarations published by NATO on the increase in troops and the sending of forces and weapons to the eastern flank, this is what increases the tension,” he continued.

The war escalation is not doing the Russian economy any good. The ruble has depreciated strongly this Monday in the stock markets, losing 1.2% and 1.5% of its value against the dollar and the euro respectively, while the Moscow stock fell sharply, with the RTSi index denominated in the US currency losing more than 7% of its value.