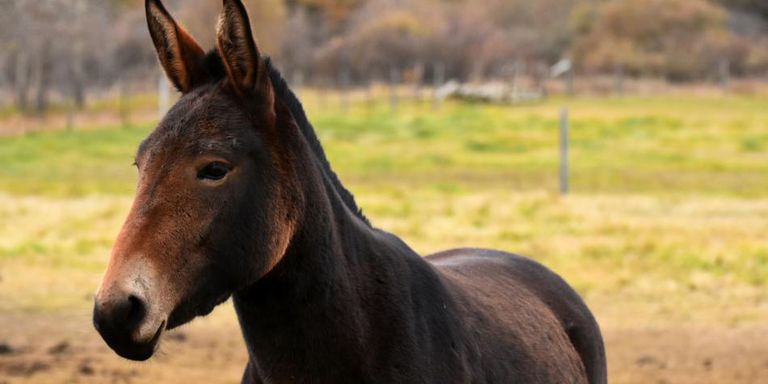 
The mule is a very popular animal among humans, as it is usually a large, robust and strong creature, but also very friendly if it is treated with love and respect. Nevertheless, it is an unconventional animal in many aspects, since it is a hybrid and cannot have children, why?

According to an article written by the Spanish biologist Ana Díaz Maqueda, published on the portal misanimales.com, sterility in mules is due to the fact that the hybrid animals are from parents of two different, although related, species. In the case of mules, they are the offspring of crossing a male donkey, which has 62 chromosomes, and a female horse, which has 64. Therefore, the mule has 63 chromosomes.

Most of these animals cannot have children, although, exceptionally, one in a billion mules are fertile.

Mules are known for being big, stocky, and strong. In addition, they are very resistant to common equine diseases and have good hooves to work in clay soils.

These animals have a reputation for being very stubborn and stubborn animals, and it is so. They inherited the physical strength of the horse and the intelligence of the donkey. However, they have a high degree of common sense and self-preservation, because if they consider that an action could endanger them, they will not want to do it.

Due to their behavior and way of being, mules cannot be trained like horses, since they require a very smooth, logical and sequential training. In addition, they must be taught with respect, they cannot be forced to do anything, because they will not do it.

On the other hand, regarding their food tastes, mules have a digestive system more similar to donkeys, so they prefer higher fiber foods than horses.

One of the most famous cases of mules not being sterile occurred on March 4, 1981, in Henan Province, China, when a hybrid foal was born of a black mule, baptized as “Dragon Foal”.

A caretaker witnessed the birth and reported that the mule had been in regular heat. After several tests, it was concluded that the father was a donkey and the mother a mule, and that their son had 62 chromosomes.

According to Maqueda, the little colt grew up strong and healthy, capable of performing all the tasks together with the rest of the mules on that farm in China.