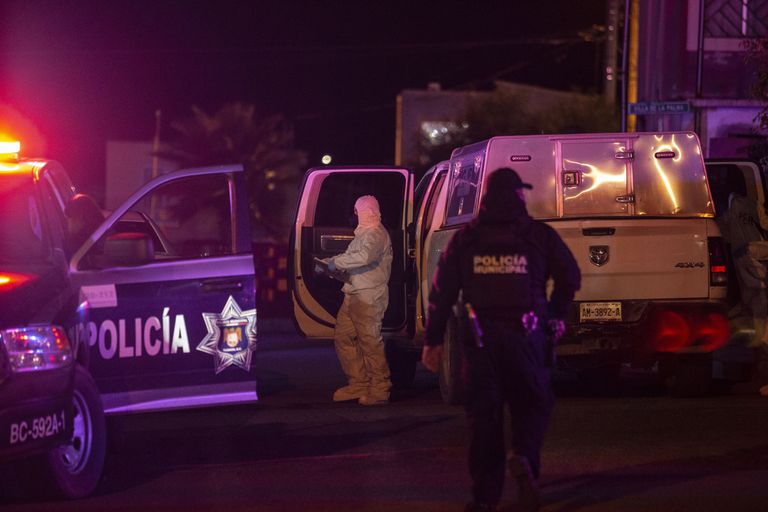 Two murders in one week: another journalist killed in Mexico


TIJUANA.- Six days ago the death of Margarito Martínez, the murdered photojournalist, was announced. Just one city later, in the same city, another journalist was killed. it was called Lourdes Maldonado and for months he also belonged to the Protection Program for Journalists. He entered this program for fear of a legal problem he had with the former governor of Baja California, Jaime Bonilla of the National Regeneration Movement (Morena), party of the president Andres Lopez Obrador.

In 2019, he even went to the president’s “morning” conference to ask for help: “I also come here to ask for support, help and labor justice, because I even fear for my life, because it is a lawsuit that I have had with him for six years” , he stated before the president.

Thursday of last week, the Federal Board of Conciliation and Arbitration (JFCA) ordered the commercial seizure of the company Media Sport de México, SA de CV, as a result of the labor demand for unjustified dismissal that Lourdes Maldonado. In 2013, he filed this lawsuit against the First News System (PSN), owned by former Morenista governor Jaime Bonilla, as reported by the lawyer Edward Perez Castro, Friday evening.

“He won the trial fairly. I was going to meet with her last Friday because she told me that she was very happy that she would take control of the administration of Media Sport México”, commented Vicente Maldonado, presenter on tijuanapress.com a THE NATION.

A few hours ago, President López Obrador recalled the journalist’s complaint in 2019. “What happened to the companion is an unfortunate matter, our condolences to the family.” She said that communication was maintained with her, although “it was not a matter of threats, she was followed up and helped”, but they did not expect what happened. The president said that “what happened would be followed up.”

On Saturday, Maldonado had taken the microphone to express their condolences for the death of Martinez, at a vigil held by organized journalists at the Monument to Mexico in Tijuana.

“She was a very combative woman, very driven. He said the things that he thought without holding back in his Radio program; maybe a little impatient but people loved her. She had six cats and had just rescued a puppy, she was loving”, says Calderon.

He added that “she had a panic button in her house, because she was in the protection program (for journalists), she told the neighbors that if they needed it they could use it.” Calderón comments that between the end of last year and this year, there have been between four and five murders per day Tijuana.

According to the first reports, it was after 6:40 p.m. on Sunday when Lourdes Maldonado arrived at her house in the gated community of Santa Fe, in Tijuana in a sedan-type vehicle. Neighbors reported a roar of rockets, but when they left they found the communicator with a gunshot wound in the pilot’s seat.

No suspects have yet been declared for this murder, however, local media and opponents of the government turned on Twitter denouncing the former governor as the main suspect.

He was governor of the State of Baja California until last year, he was also a deputy and senator from Mexico. Today he works in the private sector and owns one of the largest media companies in the State, Primer Sistema de Noticias (PSN).

In May 2020, the Supreme Court of Justice of the Nation declared unconstitutional the commonly called “Bonilla Law”, a reform to the State constitution that allowed his term to be extended from two to five more years.

“Jaime Bonilla has a name plagued with suspicion. Since the end of the 1980s, he obtained his power in the shadow of a cacique of the Institutional Revolutionary Party”, says Calderón. He was always an entrepreneur, he owned the local baseball team, the Tijuana Colts. He was banned from the Mexican Pacific League for illicit financing of the team.

His controversy was not reduced to this only. The shadow of this politician includes irregularities in tenders with energy companies and one of the environmental conflicts emblematic of the country in recent times: the dispute over water between the company Constellation Brands and the citizens of Mexicali -a city near Tijuana-, which was resolved in favor of the citizens.

Bonilla does not have a low profile, but her main platform is Twitter, an account she manages from her home in San Diego, in the US. Since Sunday she has not had a presence on networks but her statement is awaited.

“Although Maldonado had this dispute with Bonilla, it is important not to assume anything before the investigations are carried out and the experts review the available information,” Calderón warned.