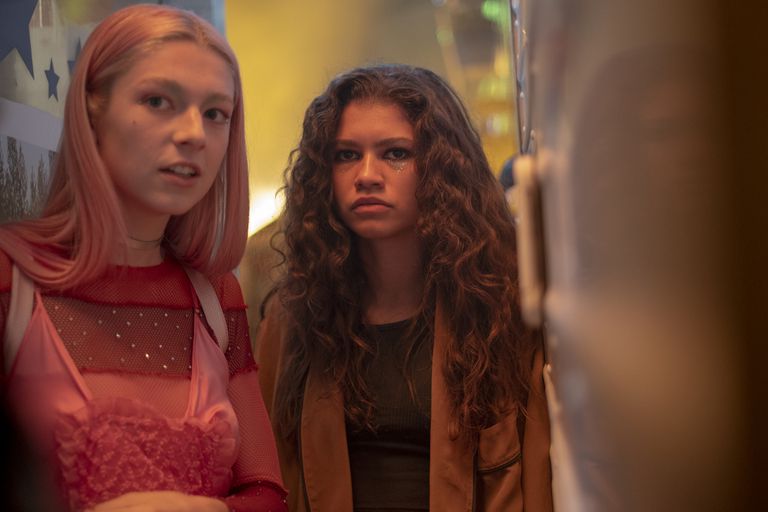 What are the biggest differences between the Israeli version of Euphoria and the HBO Max version?


Many of the series that we see on the screen today are, in reality, based on other fictions. In the search to generate a greater number of contents, adaptations of books, graphic novels or even songs are no longer enough, but the industry searched the small screens of various countries to find those productions with international potential.

HBO Max’s Euphoria is part of this phenomenon, and the fiction starring Zendaya is actually a remake of an Israeli series that premiered in 2012. What are the biggest differences and similarities? Here we tell you:

Contrary to the story we see in the HBO Max series, which is set in the present day, the original version took us back to the 90s. There we also meet a group of teenagers who spend their time having sex and using drugs, without any parental control. In fact, if you’re a fan of British television, you’ll surely remember Skins. The Israeli version is very similar to this series.

Just as in the North American version Zendaya gives life to the protagonist of the series, a young drug addict who is also the narrator of the entire story, in Israeli fiction that place is occupied by Raanan (played by actor Kosta Kaplan). He – unlike Rue – does die in the first episode and tells us what events led to this situation. But here’s the interesting thing: in the case of the original version we also have a female protagonist who is addicted to drugs, her name is Hofit (Roni Dalumi).

While it is true that there is no exact parallelism between the characters in the Israeli series and its American version, it is possible to make some comparisons and see how the ending of their stories is completely different. One of the best examples is Tomeriko, name of the character that we know as Ashtray in HBO fiction. He is responsible for murdering Osher, which – apart from differences – we could think of as Nate’s version.

While the original series created by Ron Leshem had only one season of 10 episodes, HBO’s fiction will last much longer. With one installment and two special chapters already broadcast, this last Sunday the third episode of its second season premiered. And, although its third season is not yet confirmed, everything would indicate that HBO will continue betting on the series.

It is true that the North American version is not saving on impact images: from the nudity of its characters, psychological violence and drug abuse. Each of its episodes has sparked hundreds of debates. However, the Israeli version was not far behind and the character of Hofit is just one example of this.: she is raped by her dealer (who, in the HBO series we know as Fezco) and had a very toxic relationship with Osher (who in the Israeli version has conflicts with his own body, while in the American version his traumas originate in his relationship with his father.

With Rue as the narrator of the story, Euphoria is a clearly choral series in which all its characters have a strong role. Although in the original version we also have a group of friends, there are many of the personalities that do not exist and that is the case with Cassie, McKay and Maddy. The stories we do see are: