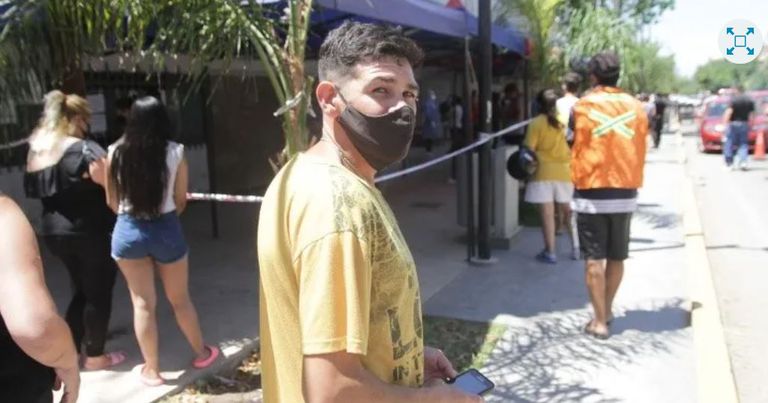 A young man who is unemployed charges for standing in line at swab centers: “Worse is stealing” 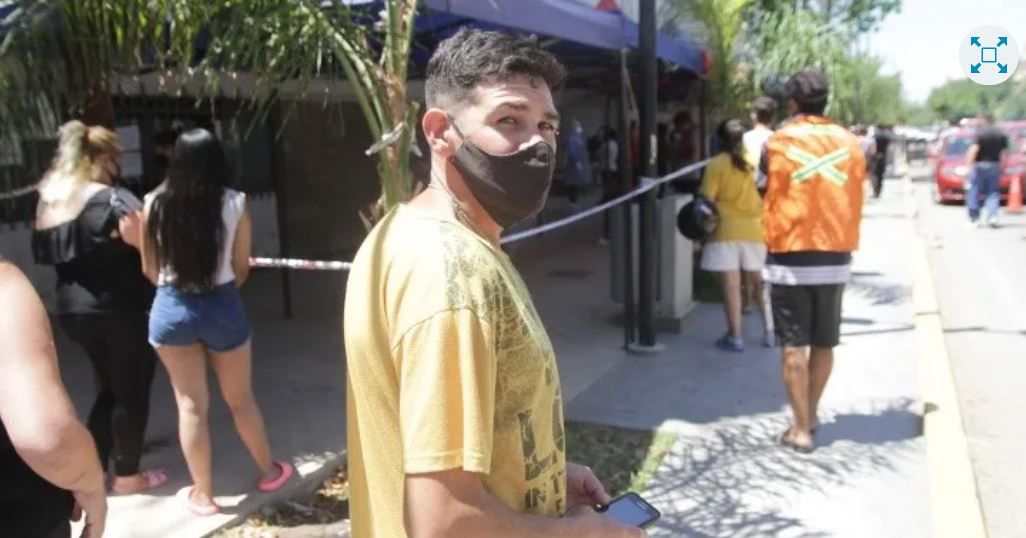 One 29-year-old young man from San Juan, Sebastián Pujador, became news after it became known that, as an alternative to life, began lining up at swab centers in exchange for money.

Actually he is a bricklayer, but he is currently unemployed. For this reason, a few days ago it began offering this service to those people who do not want or cannot stand in line during the summer heat. In an interview published Cuyo’s diary, the young man assures: “Worse is stealing, mine is a job”.

“Hello people, I want to tell you that I am queuing at Aldo Cantoni to get the swab. I charge $800 per person. To those who are interested or really need, contact me at 2644147526. To those who are not interested, keep the comments to yourself, do something more productive than criticizing others. Thank you very much”, says the publication that he shared on social networks.

As the young man expressed, there are also many others who criticize his initiative. “It is that there are people who say that I am lazy or that I take advantage of the situation, but I take this as a job, otherwise I don’t have to eat. Although the spread of coronavirus scares me, I try to take good care of myself and keep my distance,” he told the same newspaper.

Pujador said that he started doing it when he lost his job, a few days ago, and that this changuita helps him to support himself in his day to day life. “I charge $800 to stand in line. There are times when it moves quickly and I can make two or three people, but other times I can only make a line for one person”, said the young man.

And he added: “There are people who come to stand in line with many symptoms or do not have time to wait that long. Then they look for me so that I can stand in line and they arrive when I am close to entering.”

The idea arose as a joke, as he recounted: “One day we went to swab my uncle because he had symptoms and there, between jokes, the idea of ​​charging for standing in line came up. I made the publication on social networks of buying and selling and I started doing this work”.

The young mason walks about 20 blocks to go from his house to the Aldo Cantoni stadium, which is the closest swab center to his home, and where, according to him, progress is faster. As he told Diario de Cuyo, he has stood in line for five hours at this vaccination center for just one person.

Social networks play a key role in his work, because they connect him with those interested, but now word of mouth has also begun to have an effect.