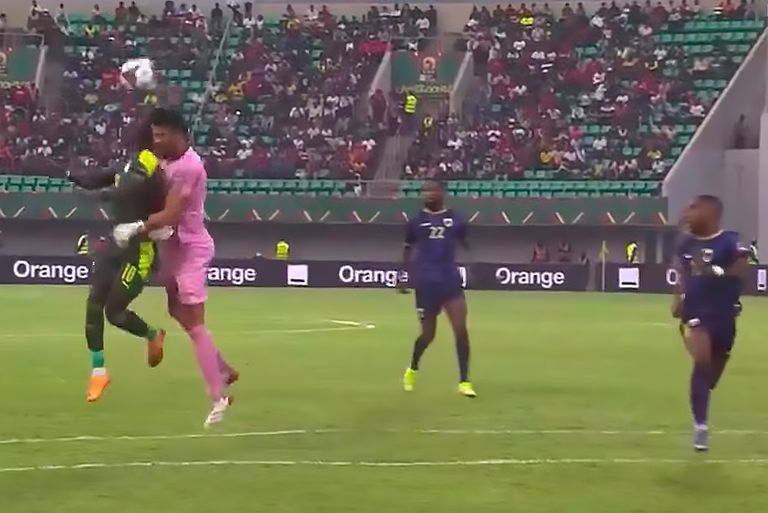 Africa Cup. Sadio Mané starred in a terrible clash of heads, fainted, scored a great goal and had to leave


In an incredible action, forward Sadio Mané and goalkeeper José Vozinha ended up collapsed on the floor after a clash of heads, during the game in which Senegal on Tuesday beat Cape Verde 2-0 for the round of 16 of the Africa Cup of Nations, which included the expulsion of Vozinha and a great goal by the Liverpool attacker, who had to leave replaced shortly after scoring.

The play began after a ball from the Senegalese goalkeeper that left the ball served for the counterattack of the Liverpool striker who, before the goalkeeper’s air exit outside the area and the shock that hit him at the height of the temple, he fell headfirst into the field of play, practically unconscious. The impact was tremendous, and both had to receive immediate medical attention.

As if this were not enough, the archer, trying to compose himself, began to stagger and generated a tense situation with the members of his own team trying to remain calm before a Vozinha who seemed to be completely bewildered, unable to walk normally after the tremendous impact.

Out of his mind, the goalkeeper began to leave the field clearly uncoordinated by the blow, and while waiting for the replacement, the referee reviewed the play with the VAR and made the decision to expel him, so Cape Verde was left with nine players (The previous one had been midfielder Patrick Andrade, sent off in the 21st minute).

And it wasn’t all: almost immediately, Mané received a rebound after a corner kick, settled in and nailed a fantastic right hand that grazed the crossbar, entered the left corner and opened the scoring of the match in favor of Senegal. The second goal would come during extra time, from Ahmadou Bamba Dieng.

But the action did not end there: other long minutes passed in which the VAR reviewed Mané’s goal for an alleged offense in attack in another sector of the area. Finally, the Algerian referee Lahlou Benbraham reviewed the images and considered that there was no foul, so the 1-0 scored by the Liverpool star was confirmed. Before the game resumed, Mané returned to make gestures of feeling dizzy, and was promptly replaced. Following this incident, the referee was heavily criticized for not immediately activating possible concussion protocols following the clash of heads.

Of course: both Vozinha and Mané were immediately transferred to a hospital in Bafoussam, venue of the meeting, where they underwent tests. From there, both posed for a photo that the Liverpool star posted and in which he said that “everything is fine” and appreciates the signs of concern.

In this way, the Senegalese they get into the semifinals of the African Cup and they will be measured against the winner of the match that will be played on Wednesday between the teams of Mali and Equatorial Guinea.