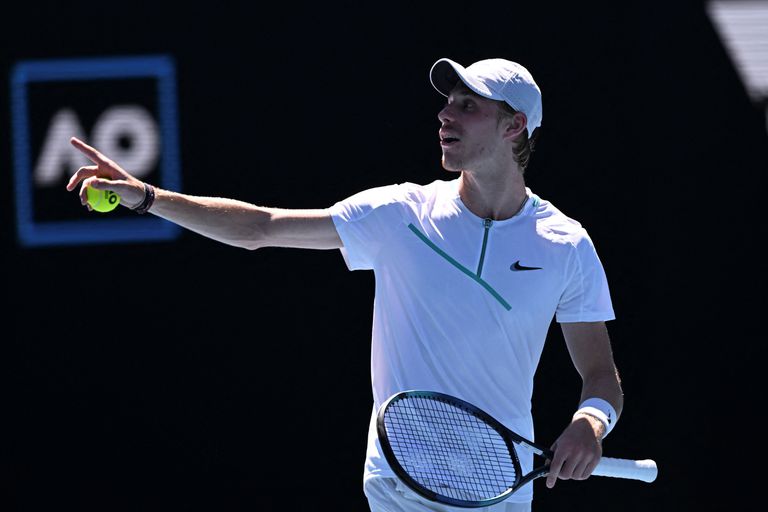 Rafael Nadal, on the other side of the net, he looked askance at the talk, incredulous at what was happening. The former number 5 in the world could not believe what he was hearing. The first set had ended, the second quarter of the match between the Spaniard and Denis Shapovalov, for the quarterfinals of the Australian Open, when the Canadian referred in harsh terms to the Brazilian Carlos Bernardes, umpire of the match.

After losing the opening set 6-3, Shapovalov criticized the chair umpire for not sanctioning Nadal because he took a few more seconds to rest at the restart of the match. “It takes too long, I was already ready to serve,” the Canadian complained. The umpire considered that the situation was not like that and refused to punish Rafa with a warning for excessive use of time. And immediately, Shapovalov, with his back to the referee, blurted out: “You are all corrupt”. Bernardes, in that case, could easily have sanctioned the number 14 in the world with another warning, in this case for code violation (violation of the code of conduct), and even with a possible disqualification. But the Brazilian let Shapovalov’s strong comment pass him by.

In any case, It is not the first time that the Canadian has starred in a controversial situation in a court. Five years ago, in Ottawa, Canada and Great Britain defined a series of the first round of the Davis Cup World Group. The fifth point was played to all or nothing between Shapovalov, who was then 17 years old, and Kyle Edmund. The Briton took a two-set lead and were 1-1 up in the third set when Shapovalov missed a finish at the net and lost serve. Frustrated, he wanted to throw a ball anywhere in the stadium… but he did it with such bad luck that his impact did nothing more than hit the left eye of umpire Arnaud Gabas, who could not continue directing; in fact, he had to be operated immediately for the eye injury. The general referee had no choice but to order the disqualification of Shapovalov, for assaulting a match official, beyond the fact that there was no intention to hurt by the Canadian tennis player.

And, on the other hand, Shapovalov’s accusation that Bernardes favored Nadal was strange, when there were a couple of high-voltage crosses between the Brazilian umpire, considered one of the most prestigious chair umpires on the circuit, and the left-hander from Manacor. The first was at the 2010 Masters, when Bernardes got into a heated argument with Nadal over a point against the Spaniard in a match against Tomas Berdych. In 2017, during the Rio Open, in Rio de Janeiro, the umpire issued Rafa a warning for excessive time used. “There is no one who gives me as many warnings as you. I’ll tell you one thing, and I’m serious: I’m going to ask you not to referee me anymore because I can’t handle you anymore! Really. I can’t take it anymore!” said the Spaniard. And indeed, Bernardes was a long time without directing meetings with the former number 1 in the world as the protagonist.

But last year, after the final of the Conde de Godó tournament in Barcelona, ​​and knowing that Bernardes had suffered a heart attack during the Australian Open last February, Nadal said at the award ceremony: “Carlos is a A dear person on the circuit, he experienced a difficult situation in Melbourne, and to have seen him among us again makes me really happy, I am happy that he is well, that we can enjoy days like today together”. There seemed settled all differences between the two.