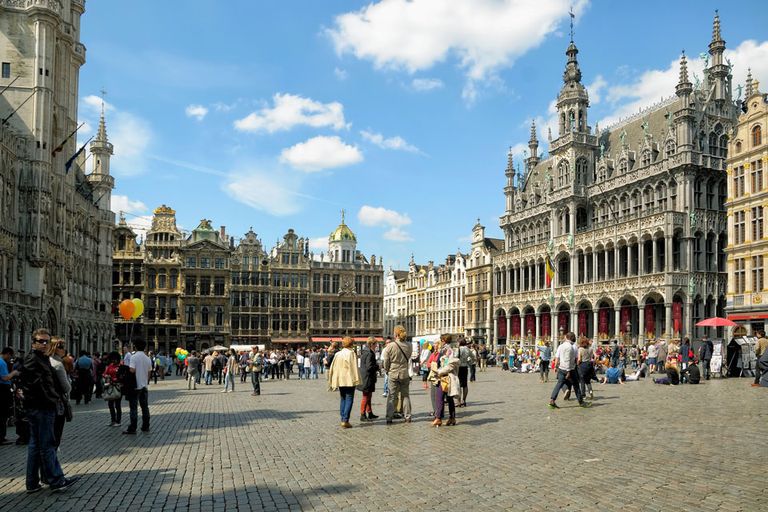 Belgium seeks workers: how to apply from Argentina and what are the salaries


Faced with economic instability, inflation and the weakness of the peso, the desire to migrate became the goal of many Argentines. For this reason, many people began to pay attention to the opportunities that are opened in different countries on a regular basis, and in recent weeks it has surprised the Belgian proposal.

With a minimum salary of 1,890 euros (223,300 pesos at the official exchange rate), this nation launched a plan to seek skilled workers in other parts of the world, and to which Argentines can apply. The Western European country is considered one of the countries with the best quality of life in the old country.

In Belgium we speak French, Flemish and German, according to the different regions in which the country is organized. Ultimately, it is a place where you can find the opportunity to develop professionally.

The first thing to keep in mind to emigrate to Belgium is to identify the region to which you want to go and apply for a work permit.

Depending on the cities chosen, you must contact administrative regions. In the case of Brussels, the capital of the country, the request has to be made before the Brussels-Capital region.

On the contrary, if the job search is focused on the city of Bruges, other of the most important cities in the country, the application must be addressed to the Flemish Region.

To advance in the process, it is necessary to have a work agreement with an employer. Another option is that the professional training of the applicant is of interest for the region to work as an independent worker. This is an important step in obtaining permission.

With this guarantee, the applicant has to go to the Consulate General of Belgium to process a “Visa type D” either as a worker in a dependency relationship or as a freelancer.

Being divided into three political regions, and four linguistic regions, the job search must be carried out with a defined interest. There are four digital sites, one for each area.

-ADG: this is the website of the Employment Office of the German-speaking community. Located to the east of the Wallonia region, it is a small region, but with good offers for those who handle the language.

–Actiris: the site brings together job offers in Brussels, the capital of Belgium, where Flemish and French are spoken.

–form: is the website of the walloon office that collects data on vocational training and employment, especially for those who wish to settle there. It is an area where French is spoken.

–VDAB: this is the digital site of the Flemish Vocational Training and Employment Service. Bruges is one of its most characteristic cities. Flemish Dutch is spoken in this area.

Jobat Y Job offer are other popular search sites in the region. The first is supported by a local newspaper. Furthermore, it can be applied to Colruyt, which is one of the most important supermarket chains in the country, and which has a search process to fill vacancies that is updated periodically.

With the work agreement and the region’s permit, the next step is to apply to the Consulate for a type D visa. In the case of a salaried position, the application form must be requested. single work permit”, which is good only to work with that employer.

In the event that the application is to work independently or as a freelancer, you must apply for a “professional card”. Anyways, the procedure has a cost of 389 dollars.

The technology careers are ahead when it comes to looking for a job in Belgium. Their situation is no different from that of other European countries that seek to strengthen themselves in areas that they consider key to the development of the coming years, such as programming.

Still, it is possible to find on some job search sites unskilled jobs in the gastronomic sector, replenishment in supermarkets or in customer service.

While the minimum wage is just under 2,000 euros, a computer programmer can earn close to 6,000 euros per month, according to the site Salary Explorer.