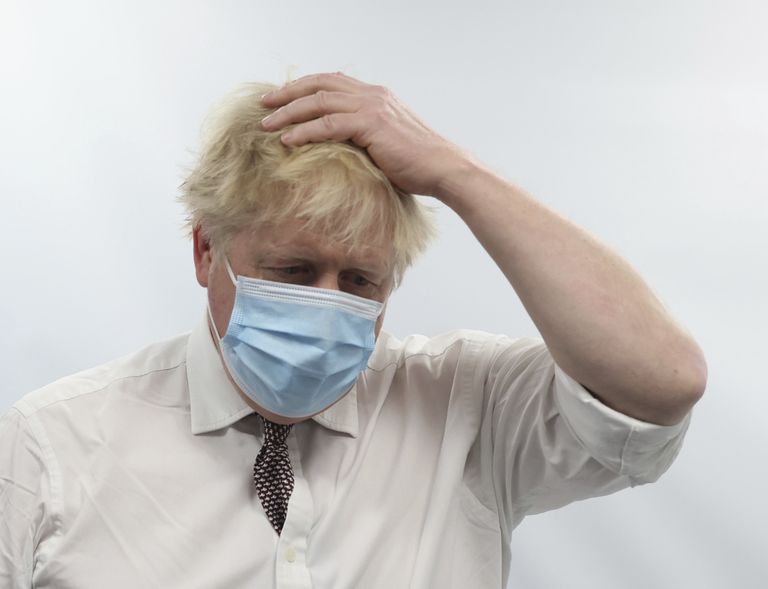 
LONDON.- The Metropolitan Police of London are investigating several parties allegedly held in Downing Street and other government offices in the last two years, while confinement regulations were in force, the head of Scotland Yard, Cressida Dick, announced on Tuesday at a time when Another celebration of the Prime Minister, Boris Johnson, was known at the official residence: his birthday in 2020.

“I can confirm that the Met [policía de Londres] is investigating a series of events that have taken place in Downing Street and Whitehall over the last two years in relation to possible breaches of the regulations on Covid-19 “, affirmed said Dick before the local assembly of the city.

In the latest episode of a series of leaks to the press that has not stopped since December and caused the worst political crisis that Boris Johnson has experienced since he came to power in 2019, the channel last night ITV News affirmed that the controversial conservative leader celebrated his birthday with several relatives in full confinement.

According to that private channel, the premier participated in a party hosted by his wife, Carrie Johnson, on June 19, 2020, when such gatherings were banned, reportedly attended by as many as 30 people, including decorator Lulu Lytle, who carried out the expensive renovation of her Downing Street apartment, the financing of which caused controversy.

According to the report, Johnson attended a birthday party at his Downing Street office and afterwards he entertained friends in his upstairs apartment.

The prime minister’s office denied this, noting that “according to the rules at the time, the prime minister received a small group of relatives outdoors that afternoon.”

The 57-year-old leader has been fighting for weeks for his political survival in the face of incessant revelations about parties held in Downing Street and other government premises when health regulations prohibited it, even during mourning for the death of Prince Philip, the husband of Queen Elizabeth II, in April last year.

The allegations have outraged many in Britain who spent months unable to meet friends and family in 2020 and 2021 to curb the spread of Covid-19.

In an attempt to quell the scandal and calm the many MPs from his own party who joined the opposition in calling for his resignation, Johnson commissioned a internal investigation to a senior official, Sue Grey, whose conclusions could be known soon.

For his part, the highly influential former adviser to the prime minister, Dominic Cummings, suspected of being at the origin of many leaks, refused to be questioned in the framework of said investigation, ensuring that, if he did, Johnson “would make up absurd stories.” And he preferred to testify in writing.

Cummings, who has stepped up attacks on his former boss since he left office in late 2020 amid infighting, warned that “other damaging stories” could come to light if Johnson doesn’t step down.