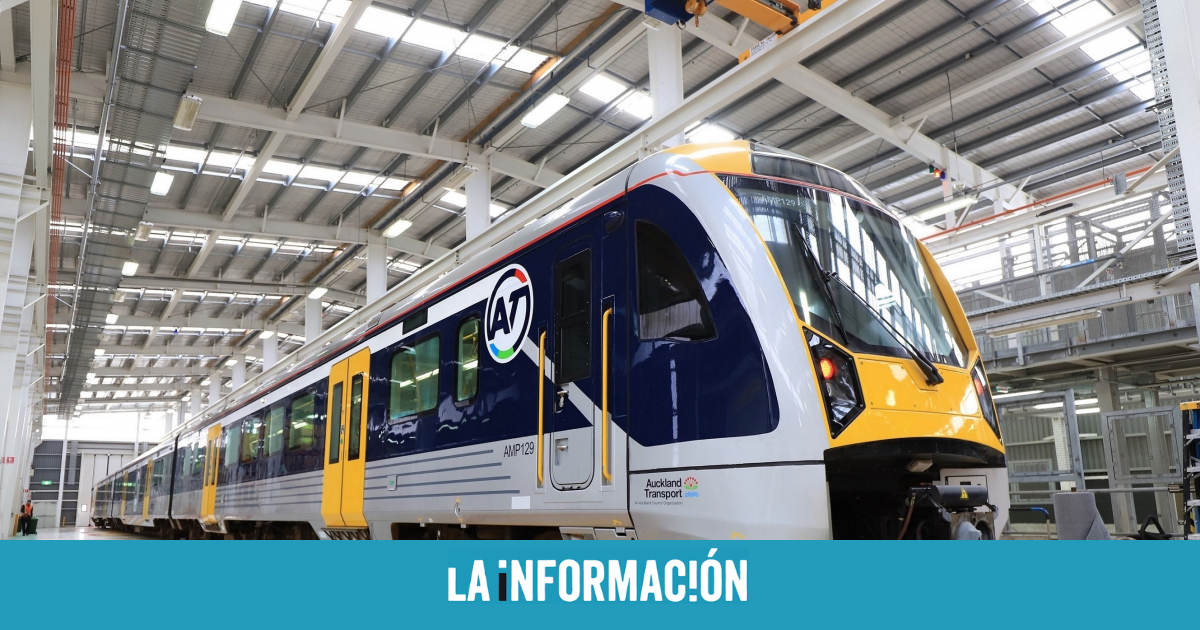 
New ‘adventure’ of the Spanish firm. CAF has signed a contract for the supply of 23 trains for the city of Auckland, in New Zealand, for an amount of more than 130 million euros, which also covers the maintenance of the vehicles until the end of 2025, also contemplating the possible extension of the same in five additional units.

The Basque company has explained that this is a new project for Auckland Transport, after the contract awarded to Grupo CAF in 2011 for the supply of 57 electrical units and its maintenance for a period of 12 years. Subsequently, 15 more units were purchased in 2017. The 72 units delivered are currently serving in Auckland.

The new units will be similar to the 72 previously supplied to this same client, and will consist of three cars each, two cars extreme engines with cabin and a trailer intermediate car. The unit has a total capacity of 380 passengers.

The structure of the cars will be stainless steel, each incorporating two doors on its side for passenger access. In addition, the intermediate car will have a low floor, which will facilitate access to the unit for people with reduced mobility and users in wheelchairs, according to Europa Press.

The company based in Beasain (Gipuzkoa) has highlighted that this contract consolidates CAF’s presence in the region since, in addition to the contracts for Auckland Transport, In recent years, the company has been awarded a significant number of projects in Australia since the creation of its subsidiary there in 2010, among which the most recent projects for the parramatta light rail and bi-mode regional trains for the state of New South Wales.