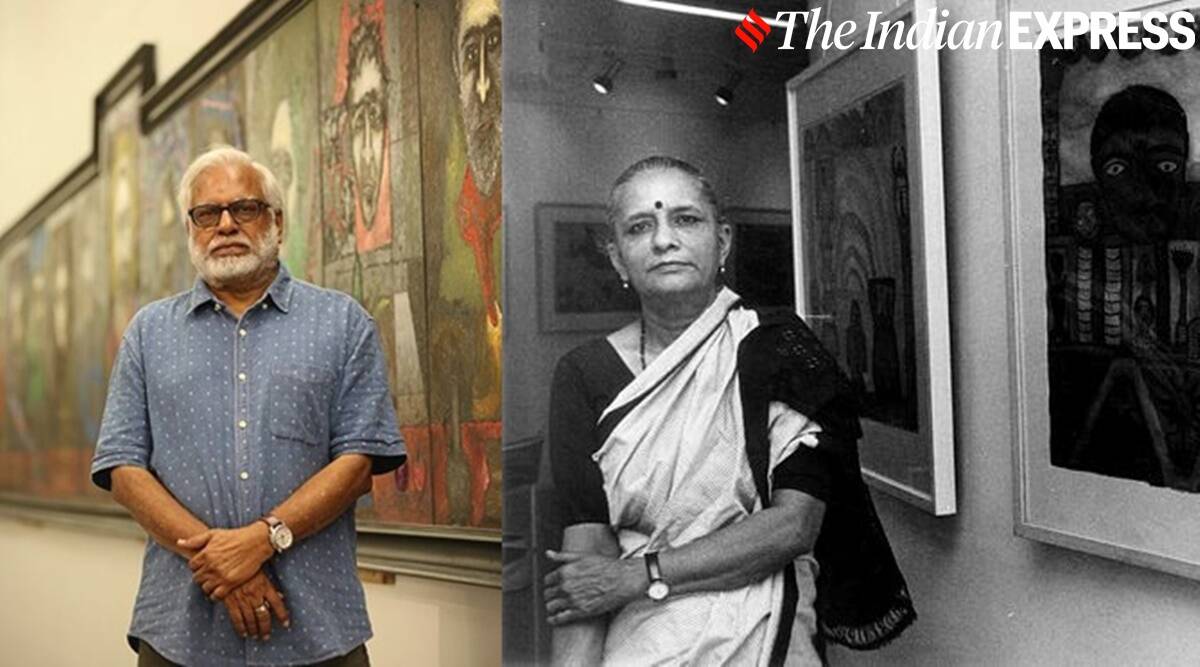 
As the models walked down the ramp at Dior’s spring-summer 2022 show at the Musée Rodin in Paris on January 24, the backdrop attracted as much interest as the clothes displayed by Italian fashion designer Maria Grazia Chiuri, creative director by Dior. On the walls were tapestries inspired by the works of Delhi-based artist couple Madhvi and Manu Parekh, carefully embroidered at the Chanakya School of Crafts in Mumbai under the watchful eye of its director, Karishma Swali. “The objective was to underline, through this pair of artists, the male/female dichotomy, not as opposition, but as complementarity, as perpetual enrichment,” the brand said in a statement.

Known for blending modern and traditional, while Madhvi’s works are steeped in folk traditions and her years growing up in Gujarat, Manu is known for her powerful landscapes and abstracts and also her contributions as a designer at Handloom Board. Unable to travel for the show due to the pandemic, even as he received congratulatory calls at his home in Delhi on Tuesday morning, Manu said, “This project brings together art, craft and design, which are deeply intertwined.”

“We have such a large collection of crafts that we hardly use in art and that should be promoted,” he added.

While the pandemic was a challenge, the arduous transition from canvas to canvas also meant considering the essence of the work and the complexities. For example, pure line techniques were used to showcase Madhvi’s World of Kali, an embodiment of Shakti and feminine energy and creativity. Manu’s Chant series, on the other hand, uses techniques such as lying down and traditional Indian fine-needle zardozi stitches to create a sfumato effect. In the statement, Swali stated: “The collective vision for this collaboration was to create an immersive experience that celebrates the culture of craft and the interconnectedness between all of us. This collaboration with artists aims to bridge the divide between art and craft, invoking a shared language between the two.”

According to the note, Chiuri also worked with art historians and curators Maria Alicata and Paola Ugolini for the installation that was created by 320 master craftsmen who toiled for more than three months, embroidering 340 square meters (3,600 square feet) of work entirely by hand. hand. . Swali, a fan and collector of the artist duo’s works, added: “I started collecting the Parekhs’ works personally many years ago and found an incredible synergy between modernism and traditional Indian motifs, with a deep reverence for the exceptional craftsmanship as a common thread. exemplifying my mission for Chanakya and our Craft School… The challenge of interpreting their work was exciting, and we did the fabrication in a very spontaneous way, allowing the vivid lines and shapes of the artists to lead the way.”