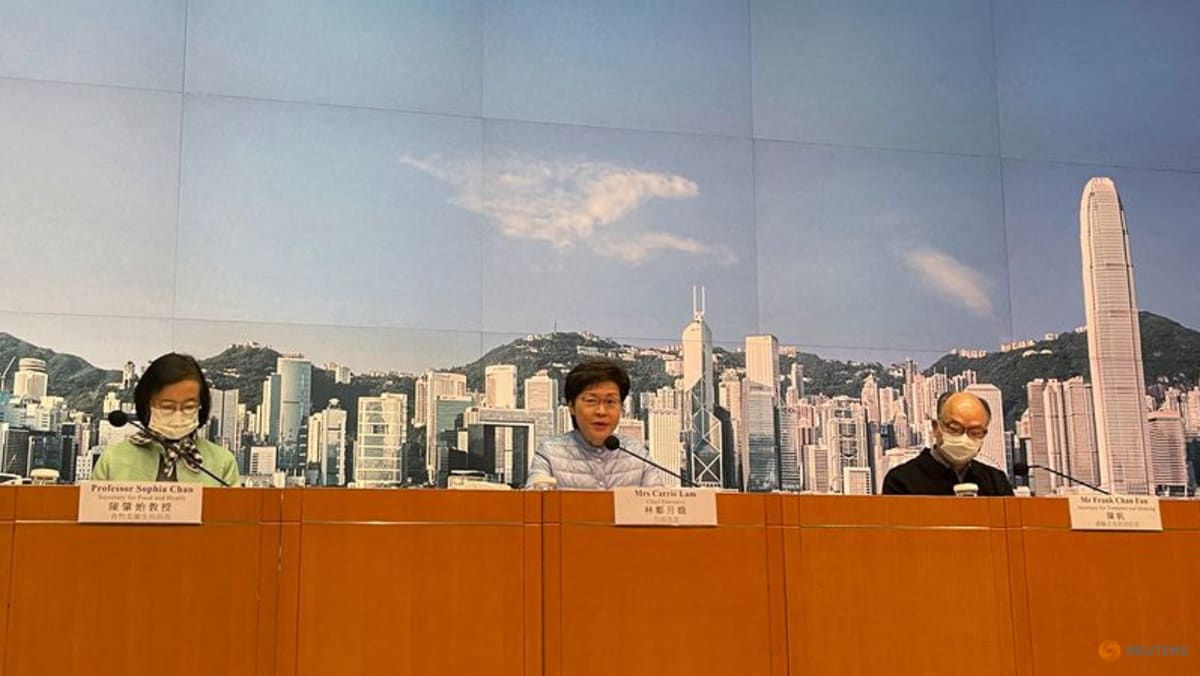 
HONG KONG: Hong Kong leader Carrie Lam defended herself against criticism on Tuesday (25 January) by saying she appears at news conferences without a mask so people could see how “solemn” she was when speaking about the outbreak of coronavirus.

A surge in locally transmitted infections with the Omicron and Delta variants of COVID-19 this year has led to the imposition of restrictions that have made the global financial center one of the world’s most isolated major cities.

Lam has been criticized on social media and by some health experts for not wearing a mask as she asks society to follow the strict rules her government has re-imposed.

Lam told reporters that his decision not to wear a mask during news conferences was “well thought out” and that he wears one during other activities.

“Now I am very somber, I am very solemn, because I am very worried. People need to understand and feel my feelings,” Lam said at a weekly news conference.

“I’m not going to smile at you or seem very relaxed or casual. This is a very solemn occasion.”

Lam urged people to avoid gatherings and family gatherings during the Chinese New Year period in early February, reiterating that social restrictions are unlikely to ease after the holidays as initially expected.

The last time Hong Kong was subject to such severe restrictions was in 2020, during the first months of the pandemic.

Microbiologist Yuen Kwok-yung, one of Lam’s top COVID-19 advisers, known in Hong Kong for wearing duckbill-shaped face masks, was quoted by local media on Monday as saying that “when we are experts or leaders We must set an example for ourselves.” «.

Schools, pubs and gyms were closed, restaurants closed at 6pm and many people went back to work from home. Furthermore, very few flights can land and almost none can transit.

Hong Kong has adopted a similar strategy to mainland China, aiming to quickly quell any outbreak and prevent infected residents from returning, while the trend among governments around the world has been to “live with the virus.”

Last week, Hong Kong authorities angered pet lovers with an order to cull more than 2,000 hamsters after tracing an outbreak to a worker at a store where 11 hamsters tested positive.