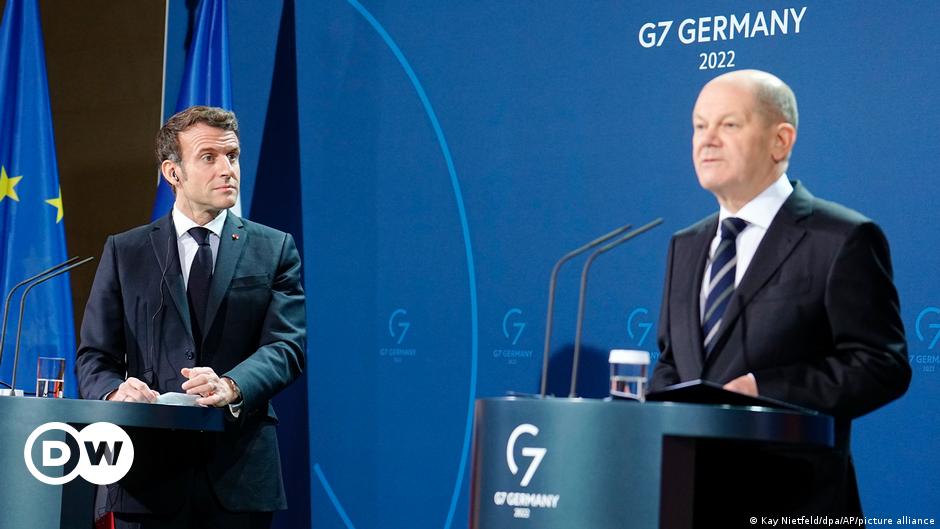 
German Chancellor Olaf Scholz will meet French President Emmanuel Macron in Berlin on Tuesday, with the ongoing crisis between Russia and Ukraine topping the agenda.

The German and French leaders discussed a coordinated response should Russia move ahead with an invasion of Ukraine.

What did Scholz and Macron say?

During a joint press conference with Scholz, Macron said that the two countries are “united” in the need for de-escalation in Ukraine.

“If there is an attack, there will be retaliation and the price (for Russia) will be very high,” Macron said.

Scholz also said that a Russian threat to Ukraine’s territorial integrity would have “serious consequences” for Moscow. In addition, he defended how the German government has managed the crisis.

The French president said he will hold telephone talks with Russian President Vladimir Putin on Friday as part of a “demanding dialogue” with Moscow.

What is the position of Germany and France on the Ukraine crisis?

Both Germany and France have raised concerns about additional sanctions against Russia.

Scholz has said that European states need to consider the cost of sanctions on Russia and how that could affect their own economies. Germany, for example, is a major importer of Russian gas. Franco-Russian trade ties plummeted by about a third shortly after the annexation of Ukraine’s Crimean peninsula and amid EU sanctions imposed in response, but have been steadily recovering since then.

Macron has previously said that the sanctions do little to deter Russia’s actions.

France has also called for a European solution to the crisis, rather than relying on the United States. Macron has urged the relaunch of the “Normandy format” four-way talks between France, Germany, Ukraine and Russia.

A Macron aide said officials from the four countries were expected to meet in Paris on Wednesday in a bid to de-escalate tensions.

One area of ​​disagreement between the two allies revolves around arms exports. France has expressed its willingness to provide Ukraine with additional weapons, while Germany has blocked exports to Kiev.

Military exports have been a sensitive issue in Germany since World War II. In principle, the country claims that it almost never exports weapons to areas of active conflict, although critics allege that these rules are not always followed.

However, both France and Germany are aligned to provide diplomatic and financial support to Ukraine.