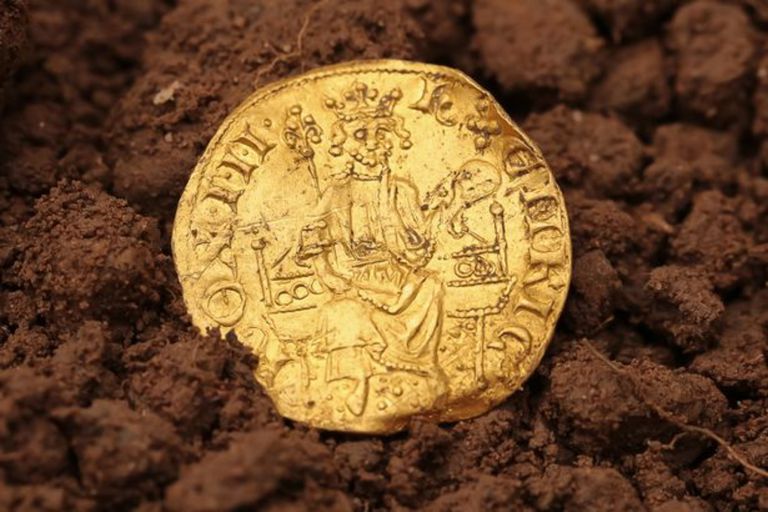 
In Great Britain, a man found a currency thirteenth century, which was able to sell for almost 650,000 pounds at auction, thanks to an unexpected find.

It all happened while Michael Leigh-Mallory went out to explore a field in the Devon region with a metal detector. The man resumed this activity that he had as a hobby after a long time, as reported by The Independent.

The event happened in September 2021, but it was only publicly known in recent days. As I walked the field, your metal detector discovered something.

Having no idea what was going to turn up, Michael found the rare and valuable coin. The gold object it had Henry III engraved and it is estimated that only seven copies remain besides this. The origin of the currency dates back to the 13th century, when his reign passed.

From the discovery the lucky man published a photo on Facebook, without being aware of the real value of the object. Quickly, he was contacted by Gregory Edmund, numismatist of the company Spink and Son who was in charge of auctioning the coin.

In a first instance, the amount for the sale of the coin had been established at 540,000 pounds, but the final figure amounted to 648,000 after auction costs were added.

According to what Edmund stated to the Daily Mail, the number set a record for any coin previously auctioned in Britain and affirmed that it is the most important numismatic discovery of the last 15 years in the territory. In addition, he assured that he noticed the enormous historical and monetary value as soon as he saw the photo on the social network.

Time later, the British Museum studied the discovery in depth and found that it is indeed a find of enormous historical importance.

According to the protagonist himself, decided to split the profits in half with the owner of the field where he found the coin. With his £324,000, Michael will invest in the education of his children Emily and Harry, aged 13 and 10 respectively.

As he commented, both insisted on resuming his hobby of going out to look for objects with the metal detector because they are lovers of history. In fact, her daughter joined a local archeology club.

Some days ago, The first Egyptian mummy had been discovered with a bandaged wound. The bandages were found on a girl, no more than four years old, who would have died approximately 2,000 years ago.

Experts analyzed that this discovery gives new information about the knowledge that the Egyptians had. Albert Zink, director of the Institute for Mummy Studies in Bolzona, Italy, and responsible for the study that achieved the finding, explained that while they most likely had no knowledge of how the heart and microbes work, they did have a fairly precise approach to treating diseases.

The finding was achieved while the team of the aforementioned institution performed routine CT scans and found the wound that seemed to have infected and the bandage.