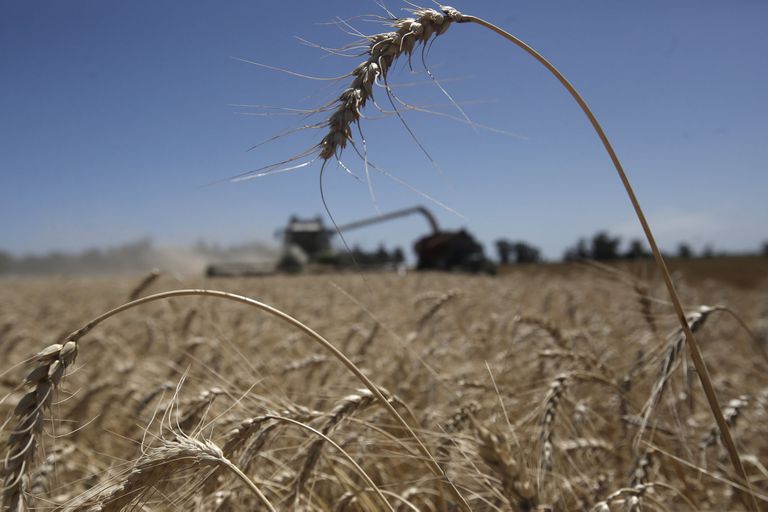 How far can grains spread from global markets? Yesterday a start to the week was lived in mode sell off or liquidation in practically all global markets, except grains.

Stock markets continued to lose ground, in some cases due to concerns about the continuation of global inflation, the measures that can be taken to prevent it from continuing to grow (increase in interest rates, for example, by the Federal Reserve in the US). , it is already known that he will do it, now it remains to be seen if he does it since March and at what level).

This added to the fact that within the expectations is that it will finally remove the stimuli that it put during the worst of the pandemic and that in a certain way also collaborated not only with inflation but with the rises in all markets, including cryptocurrencies.

On the other hand, the omicron without being so fatal it does cause its contagious rate to reduce the workforce in many companies and industries, causing all kinds of inconveniences, but ultimately it affects production (can translate into even higher inflation), and logistics (same effect on inflation).

Another extremely important factor is concern about the armed conflict between Russia and Ukraine, that we know is not just between those two countries. Among the many things that it affects, it can affect the normal shipment of natural gas to the European Union, such as the supply of grain, etc. And all generate more inflation.

We already know that the markets are interconnected or interrelated in one way or another, the sharp drop in bitcoin and other cryptocurrencies (the former lost 50% of its value since the highs of November), feeds back into other indicators such as Nasdaq among others. As a reference, since January 3 the Index Dow Jones lost 10% of its value, reaching the same level as June 2021 (lost what it earned in 6 months). Oil also stopped its rise and on four wheels it lost 3%.

Although now I will comment on why the grains are not infected, these market shocks are what put us in “alert” mode, reminding us that the markets do not go up indefinitely and that for an unexpected reason (not the case at the moment ) can collapse. Being stuck making decisions in the middle of that crash is not the best option. And worse still with such extreme weather.

Returning to grains, despite the declines in the rest of the markets, they have managed to remain at high levels, and even wheat recovered part of the previous losses.

Why does this independence in movement occur? Because at this time the grains have their own weight elements. That is, its “fundamentals” at this time are more important than what happens with the rest of the markets.

On the one hand, the weather in South America continues to cause concern. Not only have production expectations been reduced, but there is also uncertainty as to whether these days there may be additional losses in areas with excess water, or in areas that continue without rain.

Something similar is happening in Brazil where, although the soybean harvest continues (according to IMEA, Mato Grosso has already harvested 13%), there is still a long way to go (in addition to seeing what the final yields are in Rio Grande do Sul and Paraná the states most affected by the drought.

Regarding corn, the sowing of the zafriña is just beginning, also according to IMEA, Mato Grosso has an advance of 10%.

The conflict between Russia and Ukraine, in addition to all the edges it has, can affect the global grain trade. Let’s think that Ukraine disputes with Argentina the third place as an exporter of corn and is the fourth world exporter of wheat. In addition, it is the first exporter of sunflower oil.

Therefore, for the moment, we can continue to see support or good behavior in the prices of grains, but do not get too confident, as we have already seen, for example in May 2021, how a bitcoin news triggered or was a trigger which along with other news ended in strong declines in grains.

Take advantage of these good prices, at least to sit down and evaluate what alternatives to have to capture them with flexible price hedging tools.

The author is a business consultant