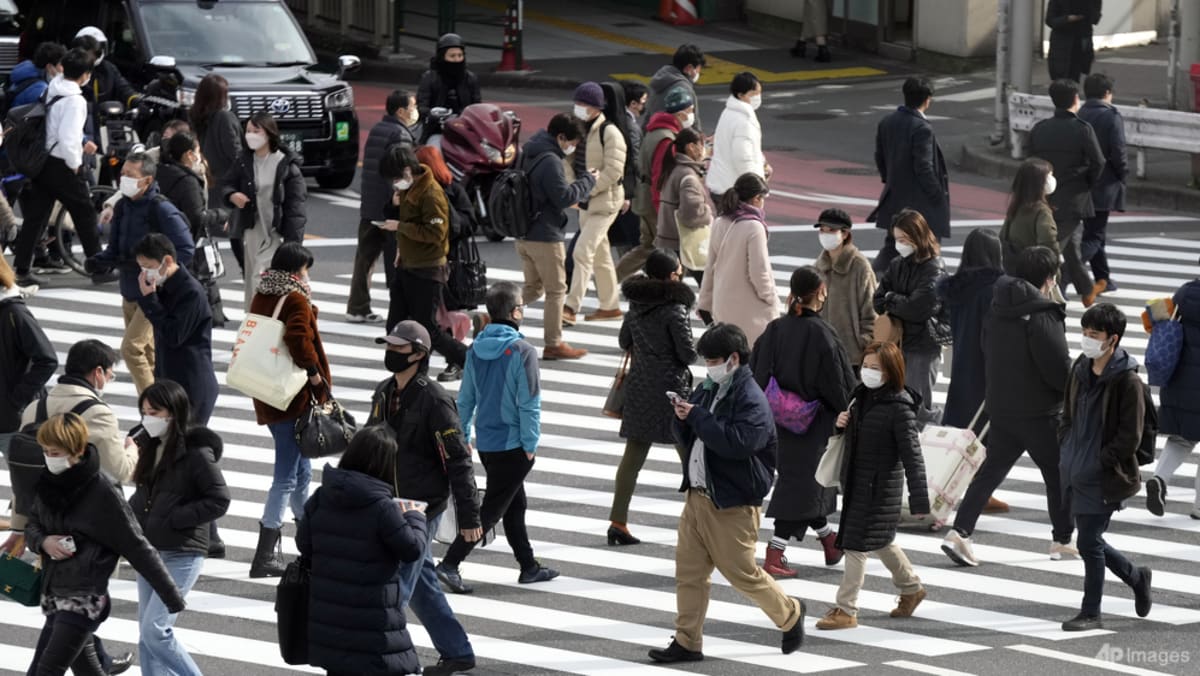 
Japan is set to more than double the number of regions under enhanced coronavirus restrictions on Tuesday (Jan 25), even as it tried to tweak strategies to deal with the infectious Omicron variant that has fueled a record number of cases.

A government health panel has approved an expansion of tougher countermeasures in 18 additional regions, including the western prefectures of Osaka and Kyoto.

The measures came in response to a rise in infections and hospital admissions fueled by Omicron. Japan recorded more than 44,000 new cases on Monday, a tally by public broadcaster NHK showed.

The restrictions will run from Thursday to February 20, empowering regional governors to ask restaurants and bars to reduce business hours and stop serving alcohol.

Already declared in 16 prefectures, the expansion means the measures will soon cover more than 70 percent of Japan’s regions by the middle of next month.

The advisory panel also approved an extension until February 20 of the so-called quasi-emergency measures in three regions.

The Health Ministry announced Monday night that it will allow doctors to diagnose those who have had close contact with a COVID patient and who show COVID symptoms as infected without testing if deemed necessary by local governments.

The new policy will allow patients to get rapid testing and treatment as instructed by the community, depending on the infection situation there, Chief Cabinet Secretary Hirokazu Matsuno said on Tuesday.

“We are introducing a policy to expand the options available to patients, such as combining tests before visiting medical institutions,” he said.

Those at high risk of becoming seriously ill from COVID-19 should see a doctor even under the new policy, he said.

Managing COVID-19 without a lab test confirmation is similar to how doctors fight influenza in areas where “the community burden is high,” said Kazuaki Jindai, a physician and researcher at Tohoku University.

“The important thing is that some people will eventually get sick and we need to have a good monitoring system in place to make sure they are safe. Not only giving them hospitalization but also access to new oral medications.”

The government would also weigh the scientific data when considering shorter quarantines for people who have had close contact with COVID-19 patients, Kishida said in a parliamentary debate.