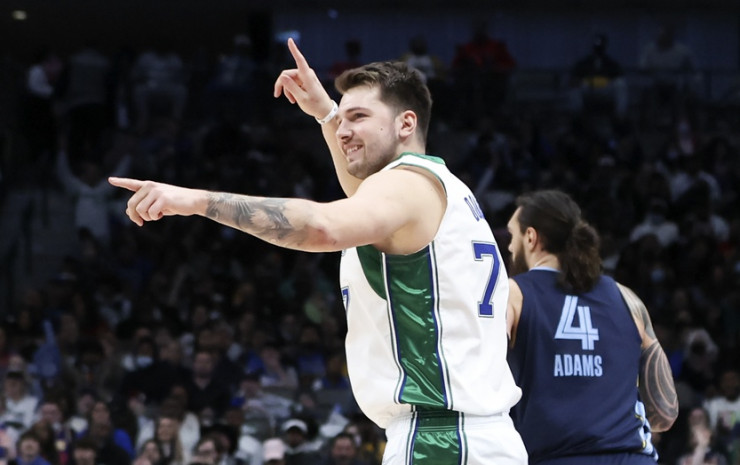 
On Tuesday, the Dallas Mavericks (27-20 SU, 24-22-1 ATS) will travel to San Francisco to take on the Golden State Warriors (34-13 SU, 25-20-2 ATS) at Chase Center. In the previous matchup between these two on Jan. 5, the Mavericks won by blowout in Dallas. Will the Warriors be able to get revenge without Draymond Green and, potentially, Klay Thompson? In addition to the starting lineups, our best NBA picks and betting trends are available below.

Are the Dallas Mavericks for real? It sure feels that way as they have gone 10-2 in January and are only getting healthier. During that 12-game stretch, Luka Doncic is averaging close to a triple-double, racking up 25.6 PPG, 10.3 RPG and 9.2 APG.

Where the Mavericks have really come into their own as a unit recently, however, is on the defensive end of the floor. This month, the Mavericks rank first in the NBA in defensive rating (98.8), well above the Warriors (105.8), who are just behind them in the category.

The Warriors, meanwhile, have been defined by a cold streak from Stephen Curry. Curry is in the midst of a slump that has him averaging just 20.8 points per game in January while shooting 35.9% from the field and 29.9% from 3. In his final game against the Jazz on Sunday, Curry went 1-for-10 from 3.

These two teams met on January 5 in Dallas, a game that the Mavericks won 99-82. Stephen Curry went 1-9 from 3 in that game, but the score is indicative of the kind of teams these two are.

While we conventionally want to think of the Luka Doncic-led Mavericks and Stephen Curry-led Warriors as two flashy offensive units, they lead with their defense and slower pace. The Mavericks have the second slowest pace in the NBA, second only to the Knicks. The Warriors are 14th in the same category.

The loss of Draymond Green has reared its ugly head more on the offensive end of the floor for the Warriors than anything else. That may seem surprising at first, but Draymond’s playmaking ability and his ability to find open cutters and shooters can’t be replicated. They’re also worse off in transition without him in the lineup.

I think we will see a game similar to what we saw between these two on January 5. I expect a slow pace and for this total to come down. It opened at 212 and is down to 210.5, so try to get it while it stays north of that 210 number.

All betting lines were retrieved from BetOnline. Click below to claim a free bet if you are a new customer.