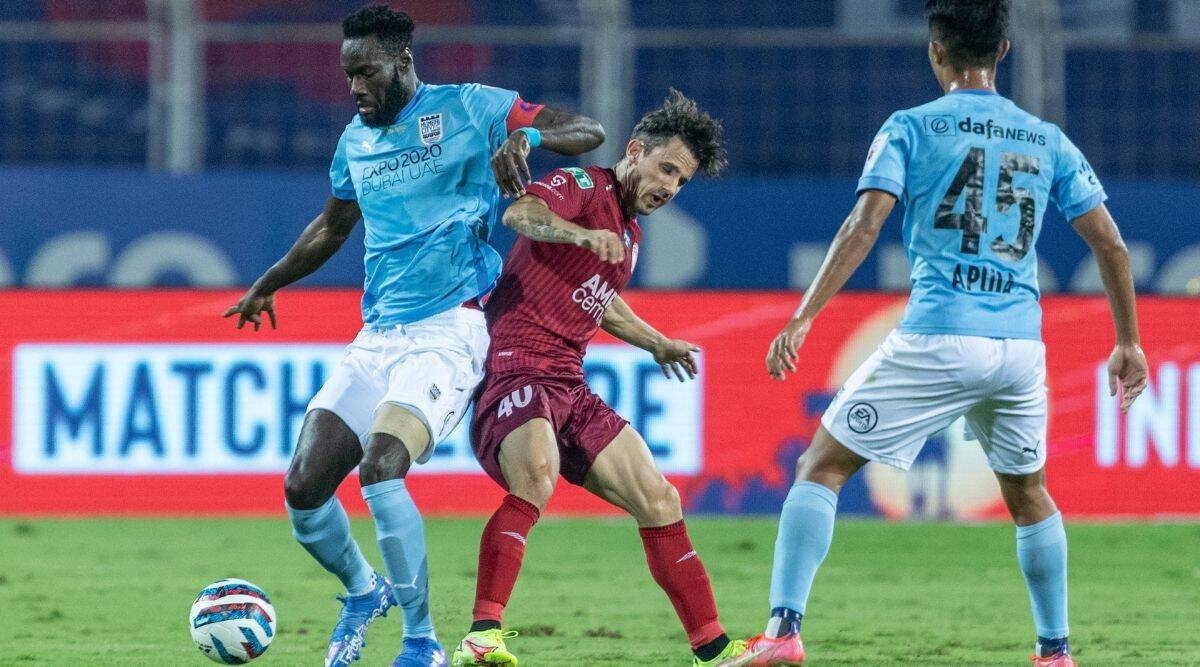 Ahmed Jahouh helped the reigning champions take the lead from the penalty spot in the 30th minute, but a relentless NorthEast United kept up the pressure and eventually got their reward through substitute Mohamed Irshad, who scored in the 79th minute to ensure that Both teams split the loot.

The result means Mumbai remained winless in their last six games, returning to the top four but with just 18 points from 12 games, level on points with Chennaiyin FC, who take on Bengaluru FC on Wednesday.

NorthEast United remained tenth in the table, with 10 points from 14 games. For Mumbai, things took a turn for the worse when Amey Ranawade was shown a red card in stoppage time after picking up his second yellow card.

NorthEast United got off to a positive start, but Mumbai soon took control of the tie, with Jahouh lobbing a delightful ball for Vikram Pratap Singh, whose shot went wide.

The momentum was soon reflected in a goal, albeit from a shot from the penalty spot after Vikram was brought down by Mashoor Shereef inside the box.

NorthEast vehemently protested against the referee’s decision which signaled the penalty spot and Jahouh hit the ball high and into the left corner of the goal, leaving Roy Chowdhury unable to get his hand in.

Stung by a goal, the Highlanders upped the ante, but it was Mumbai who looked more likely of the two teams to double their lead.

In the second half, NorthEast United had an early chance to level, but Gurjinder Kumar headed wide. NorthEast United’s best chance fell to Suhair Vadakkepeedika, whose chip caught Mohamad Nawaz off his line but the ball bounced off the post.

Hernán Santana then tried his luck from distance with a delicious free-kick, but the keeper did well to hold off his effort. NorthEast United kept knocking on the door and finally got their reward from an unlikely source.

Minutes after coming on for Sehnaj Singh, defender Irshad found the back of the net with a strike from a forward after the ball fell to him from a NorthEast United corner and he fired a clean shot into the far corner.

Cassio Gabriel had a golden opportunity to help Mumbai regain the lead after Amey Ranawade sent him a hard cross inside the area, but the Brazilian forced a strong save from Roy Chowdhury.