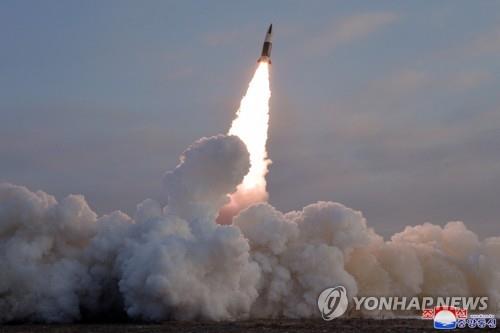 SEOUL, Jan. 25 (Yonhap) — North Korea appears to have tested at least two cruise missiles from an interior area, a South Korean official said, in what would be Pyongyang’s fifth known round of missile launches this year.

“We still have to conduct a detailed analysis (on the launches),” the military official told reporters on condition of anonymity. “But I want to say that if a missile is launched to the south, our detection and interception systems will have no problem countering it.” The official stopped short of providing details, including the exact location of the launch.

North Korea fired what it called two tactical guided missiles on January 17, just three days after its alleged test launch of another two missiles by its rail-born unit.

It also fired self-proclaimed hypersonic missiles on January 5 and 11, raising concerns that they could bypass South Korea’s missile defense, though the authenticity of such claims has yet to be guaranteed.

In a sign that the recalcitrant regime could engage in further provocation, Pyongyang made a thinly veiled threat last Thursday to lift its years-long self-imposed moratorium on nuclear and long-range missile tests.