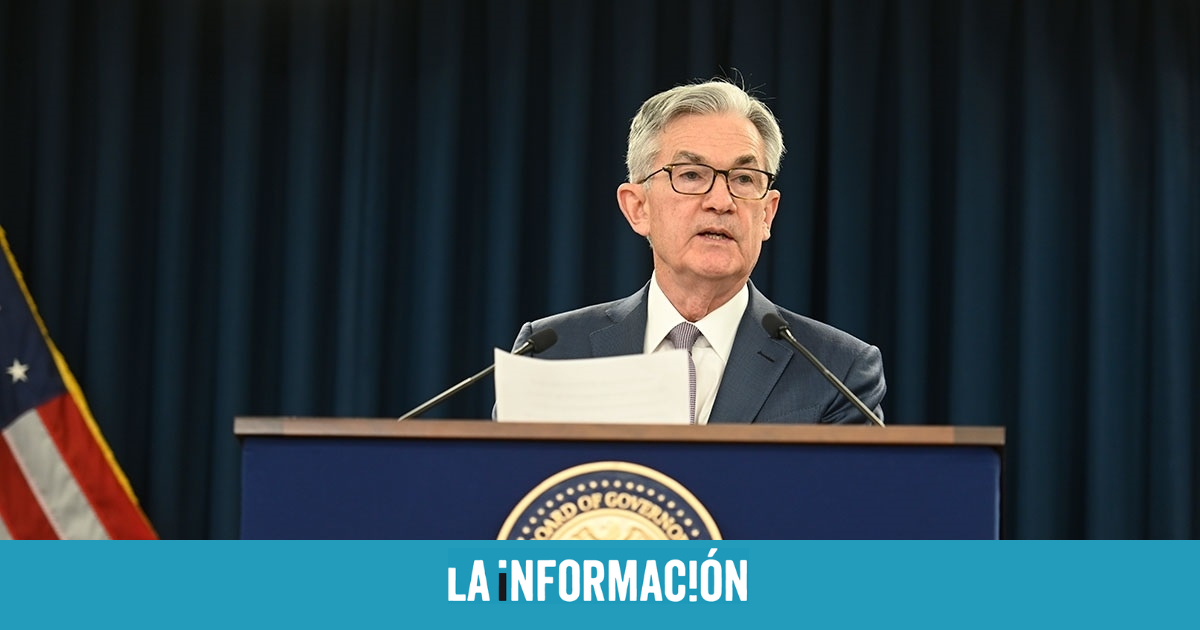 
Once the concern about the impact of the pandemic has been overcome, the agitation returns to the markets before the US Federal Reserve (Fed) holds its first meeting of the year. the fear of monetary policy tightening of the central bank and its potential decisions on interest rates is imposed on investors. The US monetary authority has in its hands to gauge the consolidation of the recovery and its fight against inflation, but the possibility that he fails in his calculations makes the market doubt. All this, while the tension in Ukraine also shakes the market.

The key is in the road map that the Fed anticipates after its two-day meeting -the conclusions will be known on Wednesday-. The Fed has raised the tone on inflation, but it remains to be seen if the most aggressive message will carry over to decisions. For now, the market discounts up to four increases throughout 2022, leaving the intervention rate at 1% by the end of the year. “Although increases are not expected after this meeting, the market has begun to anticipate a first upload as soon as next March, and in the message after this meeting it could ratify the expectations of this movement in spring”, explains Cristina Gavín, Head of Fixed Income at Ibercaja.

Before the end of debt purchases will apply after the reductions of recent months. “We believe that the Fed’s decision to accelerate or not the end of your ongoing asset purchases in light of expectations of an earlier take-off,” says Tiffany Wilding, US economist at PIMCO. Officials are debating whether to bring the program to an end in mid-February or leave it in March, which is generally expected. ” On the one hand, officials would probably prefer a greater separation between the asset purchases, the take-off and the quantitative adjustment”, they point out from PIMCO, but they also recognize that “it is incoherent to continue providing additional accommodation while pointing out that the policy should be stricter”.

The Fed also has on its agenda the start of balance reduction, which according to Gavín could begin to be produced in July of this year. Javier Molina, spokesman in Spain for the multi-asset investment platform eToro, believes that this issue is what “has generated that weekly fear” after the market has gone discount worse-than-expected monetary conditions. The S&P is trading almost 12% below its latest high, recorded in early January, and the Nasdaq already moved into correction territory last week. The downward trend also extends in Europe.

The latest inflation data in the US marked a new record since 1982 after standing at 7%, above the 6.8% recorded in the previous month, although in line with analyst forecasts. The president of the Fed, Jerome Powell, defended that the organism must prioritize targeting inflation over full employment, the other goal assigned to the central bank. An analysis that is confirmed by the unemployment rate of 3.9% reported in December. It is below the estimates of the Federal Open Market Committee (FOMC) for its long-term level (an approximation of maximum employment).

Inflationary fears are influenced by the rebound in commodity markets, especially oil, which last week again set new highs since 2014, and, although in recent days it has moderated its rise, the market is already considering the possibility that it will reach 100 dollars a barrel, as predicted by the American investment bank Goldman Sachs. The Organization of Petroleum Exporting Countries (OPEC) confirmed in its latest monthly bulletin that it expects oil demand exceed 100 million barrels per day in 2022 and they are confident that the market will not be altered by an appreciation of the dollar as a result of the shift in US monetary policy.

Inflation in the energy market is also driven by the price of gas, very marked by the tensions between the West and Russia over Ukraine in recent months and which represents a geopolitical risk that disrupts the market in the face of unforeseen consequences. The situation in Ukraine, with Vladimir Putin’s troops threatening to invade and NATO mounting a response, may put pressure on the price of oil and gas and impact inflation. For now, the Dutch TTF, which reflects the price of gas contracts in the country -reference throughout the continent- more than 16% more expensive this Monday before the escalation of tension. Meanwhile, the Henry Hub -reference for US gas- trades with a rise of close to 2%.

Germany has joined the US warning Russia of sanctions in the event of an invasion of Ukraine, when gas deliveries from Russia to Germany are currently minimal. This scenario”aggravates the slowdown in the largest economy in the euro area, along with Covid-related restrictions,” warns Axel Botte, global strategist at Ostrum AM. However, he stresses that “if the US were to keep its promise of increase LNG supplies to Europe, the interests of the NATO countries would be aligned to give a forceful response”.

Faced with this situation, the market adjustment also affects the gold and silver, which register a significant rebound after a convulsive 2021 and act as a safe haven from the wave of risk aversion. Silver has even outperformed despite not holding the same value as a traditional safe-haven asset. However, experts from the Swiss private bank Julius Baer do not believe that it is the beginning of an upward trend because the movement “does not appear to be driven by a deteriorating economic outlook, but rather because of fears of a mistake in monetary policy”.