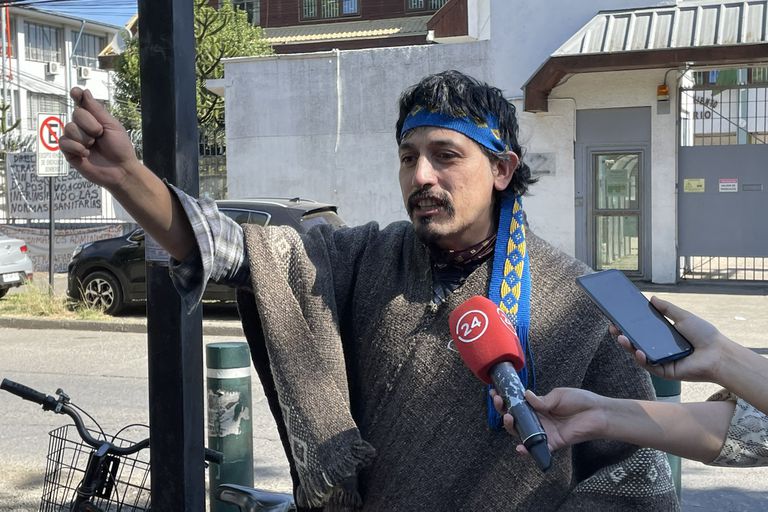 The Argentine ambassador in Chile, Raphael Bielsareported this Monday that the Mapuche leader Facundo Jones Huala may end up serving the rest of his sentence in Argentina. It is a possibility that emerges from a treaty signed by both countries, but it is not clear if it will be applied.

To waiting for a definition from the Supreme Court of Chile, the activist has already started the process to return to Argentina, after he was granted parole by the Justice of that country. However the Chilean Ministry of the Interior and Public Security appealed the decision which benefits the leader of the Mapuche Ancestral Resistance (RAM), sentenced to nine years in prison.

Bielsa explained that the Argentine Ministry of Justice must analyze the request of Jones Huala’s defense. “These are technical reasons. Us we have an agreement with Chile for a long time serving a prison sentence in the country of birth or nationality”, he said in statements to Radio con Vos.

In this line, the diplomat added that the Argentine embassy in Chile fulfills in this process a rol from “postman” with the task of transmitting to the Argentine Foreign Ministry the request that the country serve the sentence and that it “be given the planned procedure, which implies the intervention of the Ministry of Justice”.

“The only thing we are doing is complying with an existing rule, which is also a bilateral rule,” he added.

In any case, the Argentine official pointed out that there are differences in penal systems of both countries that must be addressed during the process.

“The modalities of fulfilling parole are not the same. It remains to be seen to what extent compliance with the measures under which parole was granted in Chile are fulfilled in Argentina”, he asserted.

In this way, he recorded that “if that technical process, gives a positive result, surely authorization will be given” for the Mapuche activist to cross the Cordillera and serve his sentence in Argentina. The possibility of a return, however, generates concern in Patagonia.

Bielsa also mentioned his participation in October in the hearing in which Facundo Jones Huala’s defense had requested his client’s parole. Then, the request had been denied but, in turn, his figure as ambassador had been surrounded by criticism.

“The Argentine embassy has the obligation, at the request of an Argentine citizen in conflict with the law, assist you. That is an obligation you have. Giving you assistance does not mean advocating, for that you have your lawyers. It was in this context that my intervention took place,” he deepened.

And he deepened: “The criticism came from lies in the media. 80% of the things that provoked criticism and angry protests from the opposition had to do with a version of events that was diametrically opposed. The critics went to a lie”.

As published by LA NACION, the Chilean government appealed Jones Huala’s conditional release through a 9-page letter to which he agreed. The nation, presented before the Court of Appeals of Temuco that on Thursday granted the benefit.

Sources aware of the presentation explained to this newspaper that the Chilean government “is aware” that the appeal could “not succeed” and “they hope that the decision is reversed in the Supreme Court”.

Huala was released on Friday, in Temuco, Chile, after having been granted parole as part of a nine year sentence which he had been serving since 2018. It was for the fire, in 2013, of a property in the Pisu Pisue field, near Valdivia and by the illegal possession of weapons.