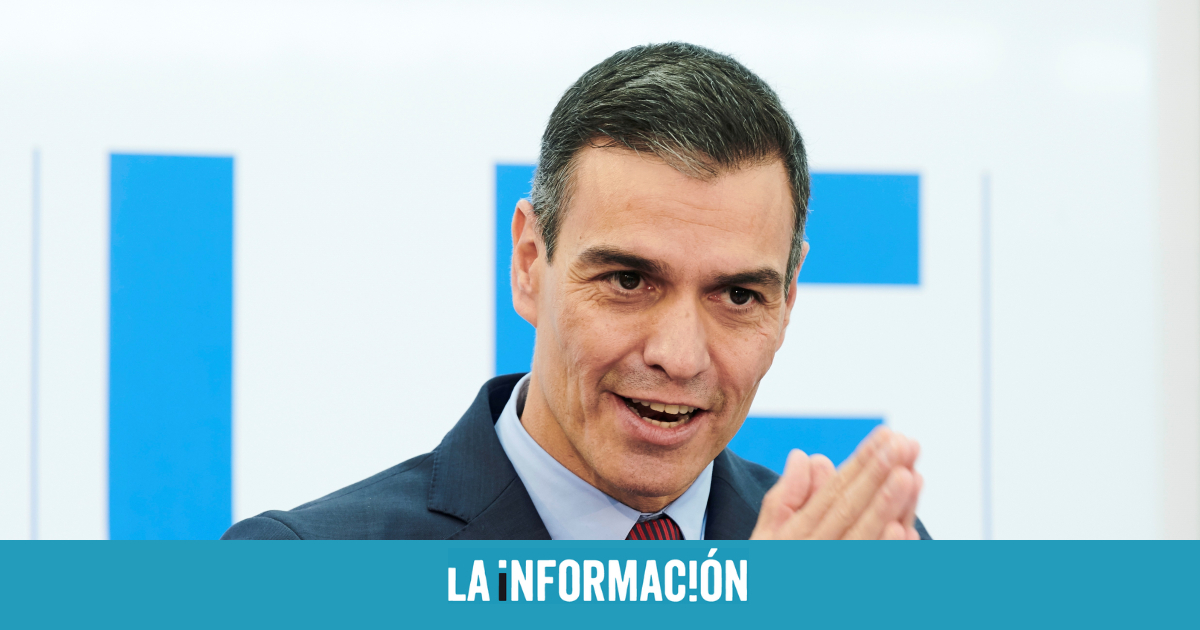 
The Government is curing itself in health and is plagued by revision clauses the great reforms committed to the European Commission within the framework of the Recovery, Transformation and Resilience Plan. The changes that are being introduced in areas as relevant as the public pension system or labor legislation are far-reaching and, in order to guarantee the achievement of the objectives acquired with Brussels, the Executive is introducing temporary control mechanisms in the most controversial. Ultimately, it is about giving the maximum guarantees to the ‘men in black’ who scrupulously monitor compliance with the milestones linked to European funds from the Belgian capital.

To begin with, the labor reform incorporates a “commitment to reduce the rate of temporary employment” which establishes that the Government will carry out an evaluation of the measures adopted now in January 2025 and, from that moment, every two years, to analyze their impact. The objective committed to the Commission is that the Spanish rate is close to that of the European environment, which is about ten points below. The text also establishes that, in the event that the results of that evaluation show that no progress is being made in its reduction, the Executive will submit to the social dialogue table a proposal for additional measures that allow the achievement of said objective for its discussion and possible agreement with the social partners.

It is not the only clause that leaves the labor reform open to incorporate more additional measures in the future. The royal decree law published in the Official State Gazette (BOE) and still pending parliamentary processing defines the new RED Mechanism for Employment Flexibility and Stabilization, the innovative tool that accompanies traditional ERTEs in the legislative framework and contemplates the creation of a fund for their financing that will be attached to the Ministry of Labor. However, the legal text does not specify when that piggy bank will be created and how much money it will have, and consulted in this regard, from the department headed by the second vice president, Yolanda DiazThey don’t make it clear either.

This matter is not trivial, because the European Commission has asked the Spanish Government for a preliminary report on the financing mechanism of the tripartite fund with which it intends to pay for the new RED mechanism for internal flexibility in companies, “ensuring fiscal sustainability in the medium and long term” and including “different options and scenarios” in the evaluation. This is how it appears in the ‘Operational Arrangement’ (OA) signed by the European Commissioner for Economy, Paolo Gentiloni, and the Minister of Finance, Maria Jesus Montero, where it is stated that the Spanish Executive sent the requested information to the Belgian capital last October via email. However, as reported in these pages, the Government refuses to make public this and other ex ante reports required by the Commission.

Another of the previous evaluations that Brussels requested from Madrid, in this case on the pension reform, referred to the impact of the so-called ‘Intergenerational Equity Mechanism’ and its effects. Specifically, the Spanish Executive was asked to prove that, after replacing the Sustainability Factor with this new tool, intergenerational equity is “guaranteed”. Once again, the Government refuses to make this report known to the public, but what it has put black on white in the first part of the pension reform published in the BOE is that the MEI (the finalist additional contribution which will operate between 2023 and 2032) will be subject from that moment to a verification, every three years, based on system spending forecasts projected for 2050.

In the pension reform there are more escape valves. The text agreed between the minister José Luis Escrivá and the social agents (the CEOE dropped after the part referring to the MEI) establishes that the reduction coefficients for anticipating the retirement age will be subject to review every ten years, subject to the procedure determined by regulation. And it also establishes that the Government will address, within the framework of social dialogue, a review of the criteria for determining the amounts of minimum pensions and will promote, within a maximum period of one year, the necessary regulatory modifications to establish rules related to the evolution of minimum pensions that take into account the evolution of the minimum interprofessional salary, guaranteeing the financial and social sustainability of the public pension system.

All this, without forgetting that the Ministry of Inclusion, Social Security and Migration is still pending the second part of the pension reform, which will be the most painful for the amounts of future pensioners. Negotiations with the social agents have begun with the new contribution system for real income for self-employed workers and here, again, we find a temporary control clause, since in its initial proposal, the Ministry has not only introduced a transitory period of nine years for the full deployment of the new system, but has also determined that the new contribution brackets established for this group will be reviewed every three years.

These are some examples of medium-term control mechanisms that the Government has introduced in the main reforms committed to with the Commission to provide guarantees to the Belgian capital. Although from the Executive they initially defended that, unlike what happened after the 2012 financial rescue, on this occasion there would be no ‘men in black’ to monitor compliance with the commitments made with Brussels within the framework of the Recovery Plan , the truth is that now government sources do admit that Community authorities are exercising strict control over milestones and targets agreed at the time of disbursing the funds, with on-site visits every three months and videoconferences in between. And this is evident in the most critical elements of the Plan, such as the labor and pension reforms, on which a new disbursement of funds from €12 billion, the largest of all sections.