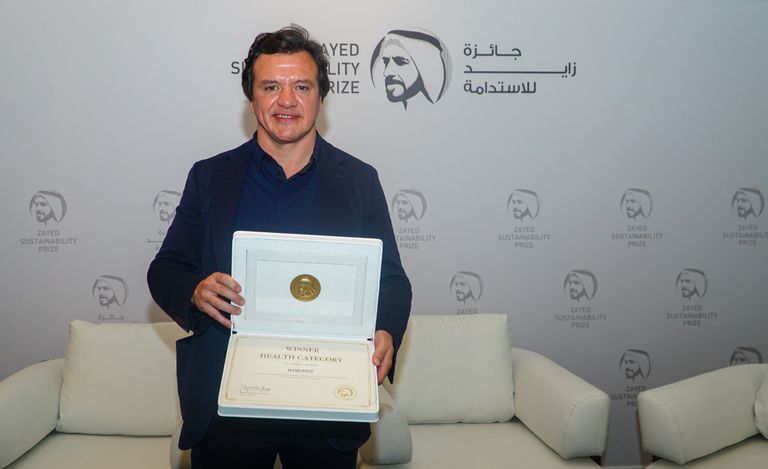 The Argentine company that performs telemammography and was awarded in Dubai


The project arose eight years ago as a result of a talk that Guillermo Pepe (economist and son of doctors) had with his father. The breast radiographer and owner of a diagnostic center in Corrientes told his son about his concern about the limited access to tests, the delay in taking appointments and the delays in delivering results. “I felt the need to do something to reverse the situation. I didn’t know how, but I wanted to combine it with technology”, says Pepe.

It was the first germ of Mamotest, A company of triple impact dedicated to the development of telemammography, which aims to democratize access to early diagnosis and treatment for reduce mortality from breast cancer in women who do not have the economic means to carry them out.

With the idea in mind, Pepe traveled to a university in a center of the NASA in Silicon Valley and took the course Future Med. “I learned about the influence of technology in different industries and, speaking with experts about the problem, they told me about the telemedicine, a trend that was unknown here”, comments the entrepreneur in dialogue with LA NACION. On the way back, he put together the proposal.

The system works like a interconnected network. Digital mammographs are being taken to the most remote parts of the country. Women get mammograms that are then uploaded to the cloud and remotely diagnosed by a doctor. In less than four hours the patient has his report. “A woman who lives far away has access to studies state-of-the-art and of the highest quality by first-rate doctors, updated and internationally trained. All this is a radical change in health”, explains Pepe.

The company had a initial investment of US$1.6 million and formed international alliances with Be, a German artificial intelligence firm, and Merck, a laboratory in the United States.

Last year, he began developing a digital tracking area for each patient. “We realized that the diagnosis alone was not enough. Because we create a platform from data with artificial intelligence that studies different criteria of the person: their socioeconomic status, their health history and genetics. This information allows us to decide on the appropriate treatment and provide you with the best guidance,” he says.

Ten days ago the firm opened the first center in Mexico and last Friday it performed the first mammograms. In Argentina it has a presence in Misiones, Corrientes, Chaco, Jujuy and the north of Santa Fe. To date, It has carried out 580,000 mammograms. In addition, he carried out awareness campaigns and offers transportation services so that women can go to health centers.

In addition, on Wednesday the 19th of this month, the Zayed Sustainability Prize celebrated during the Sustainability Week (ADSW) 2022 in Dubai. The United Arab Emirates (UAE) They reward all those innovative, high-impact projects that seek solutions through sustainability worldwide. In its 13th edition, the five award-winning categories were: Health, Food, Energy, Water and Education.

Mamotest became the winner in the “Health” area, got US$600.000 and became the first national company to win the award throughout the history of this award.

From the company they explained that the victory is due to the “efforts to increase access to early diagnosis of high quality using teleradiology, artificial intelligence and deep learning to reduce the premature death of women from breast cancer”, adding: “We provide a humanitarian, innovative, impactful and inspiring solution ”.

Mamotest is located in full expansion throughout Latin America, the Middle East and the United States. “We are creating strategic alliances with organizations and companies to reach more and more women and using Bolder as a patient monitoring platform to continue scaling this solution and making a big difference in health systems and in women’s lives,” they commented.